BRENDAN RODGERS is plotting on a swoop for TWO strikers in next month’s transfer window.

The Celtic boss has targeted the problem position with only Odsonne Edouard the recognised hitman in Leigh Griffiths’ absence as he deals with “personal issues”.

Rodgers said: “There’s no doubt Leigh’s absence focuses things a little bit in terms of strikers. We might need to bring in two more because we want three strikers to be competing for places.

“We know we can’t go through the number of games we have and at the intensity at which we play with the same striker, so we will definitely look at that.

“It’s always been a focus, but this narrows our focus.

“It’s about availability. January is a very hard  window in which to get players in but we will have to reinforce.”

The champions have been linked with several frontmen, but Rodgers would only admit: “We have to look at whatever is available, really.

“It’s hard because if a team has four strikers and they play with a front two they probably don’t want to lose any of them in case they get an injury and are down to three.” 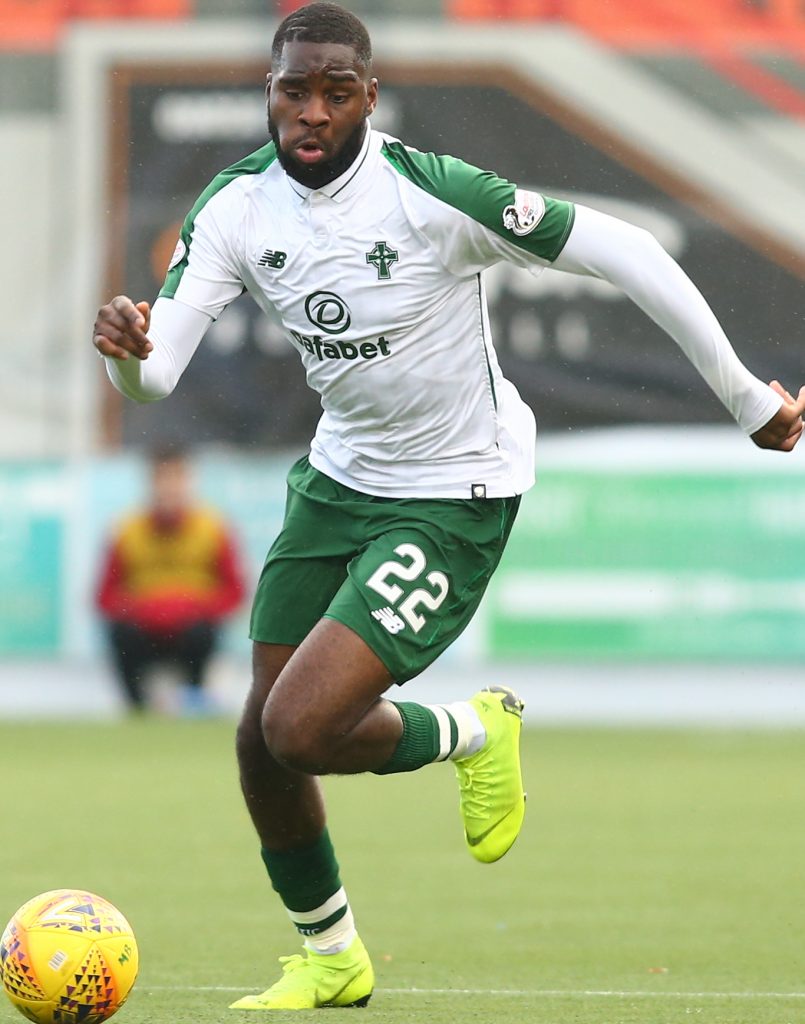 SUPPORT ACT…Odsonne Edouard could get company in the Celtic frontline. Pic: Geo.

Rodgers was left with a dilemma on the last day of the August transfer deadline when Moussa Dembele left in a £19.8million move to French outfit Lyon.

The Hoops gaffer did not have time to source a replacement for the powerhouse attacker and Edouard, bought for a club record £10million from Paris Saint-Germain in the summer, automatically moved up the pecking order.

The 20-year-old has struggled manfully in the main spearhead position, but there are many who believe he is better suited to a supporting role rather than being the main focus of the frontline.

He has looked isolated in some games and that was emphasised in the 2-1 loss to RB Salzburg in the final Europa League Group B game on Thursday night.

Without a ready-made replacement coming through, Rodgers will be forced to splash the cash in the January Sales.

* DON’T miss the unbeatable match report and the best action images from this afternoon’s Hibs v Celtic game at Easter Road – only in your champion CQN.