CALLUM McGREGOR and Ryan Christie couldn’t prevent the Euro 2020 qualifying misery piling up for shell-shocked Scotland in Moscow this evening.

Steve Clarke’s side slumped to their fourth successive defeat in the group for the worst sequence of losses since 2004.

Marathon Man McGregor started the confrontation while Christie came on as a second-half substitute for Ryan Fraser as the Scots collapsed to another humiliating defeat.

They have conceded THIRTEEN goals in the horror run with only John McGinn’s effort against the Russians at Hampden in the 2-1 flop last month as the nation’s only counter.

Clarke would have been satisfied with the battling performance from his patched-up outfit in the first-half as they went in 0-0 at the interval.

Alas, the roof fell in after the turnaround when the home nation thumped in three goals in a devastating 13-minute spell to send the Scots spiralling to yet another second prize.

In the 57th minute,Artem Dzyuba got the ball rolling with an excellent first-time effort as he connected with a left-wing corner-kick from eight yards to fire a rocket shot high past the helpless David Marshall. 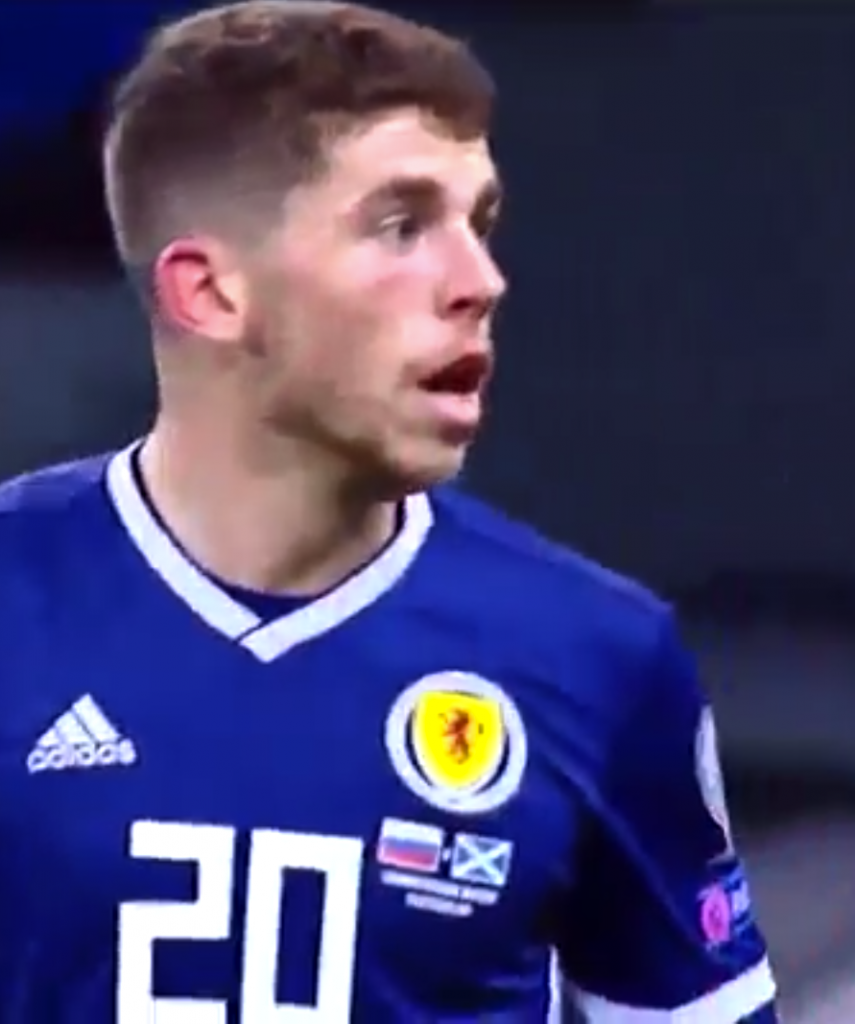 On the hour mark, Magomed Ozdoev doubled his team’s advantage with a 30-yarder that zoomed beyond the stranded Marshall at his right-hand post.

Next up, the Scots defence got into a real mess and Charlie Mulgrew and Mikey Devlin failed to clear the danger and once again main man Dzyuba was allowed to prod the ball home from close range.

The dreadful evening came to a halt when Aleksandr Goloven, set up by Dzyuba, rolled in the fourth.

Dundee United’s Lawrence Shankland came on for the injured Oli Burke at half-time for his international debut, but there was no fairy-tale in Moscow. Instead, the Championship player was caught up in another Scotland horror story.

The Scots now play San Marino, who lost 9-0 to Belgium, at Hampden on Sunday. Steve Clarke will never get a better opportunity to stop the rot.