Celtic Quick News on News Now
You are at:Home»Latest News»TIM’S THE WEAH TO GO FOR ICON
By CQN Magazine on 8th February 2019 Latest News

CELTIC legend Davie Hay is hoping the Hoops can find a way to extend Timothy Weah’s stay at Parkhead beyond the end of his loan period in the summer.

The former player and manager, now a club ambassador, has been hugely impressed by the teenage attacker since he arrived last month on a temporary transfer from Paris Saint-Germain.

Weah has become an instant favourite with the support with his exciting and clever play plus his three goals against Airdrie in the Scottish Cup and St Mirren and St Johnstone in the Premiership.

The energetic and thoughtful American international has fitted right into Brendan Rodgers’ game plan and in midweek he dovetailed superbly well with another loan Bhoy Jeremy Toljan, making his first appearance in the 2-0 win over Hibs.

Hay, who celebrated his 71st birthday last month, said: “It is early days, of course, but Timothy Weah is a boy who looks so comfortable at Celtic that you could see him staying beyond May.

“The youngster signed a new contract with Paris Saint-Germain prior to his loan move to Celtic, so it is unlikely that there would be any chance of getting him on a permanent deal, but I do wonder just what the scope might be for his extending his current loan period.

THE ONE THAT GOT AWAY…Timothy Weah fires the ball low towards the St Mirren goal. 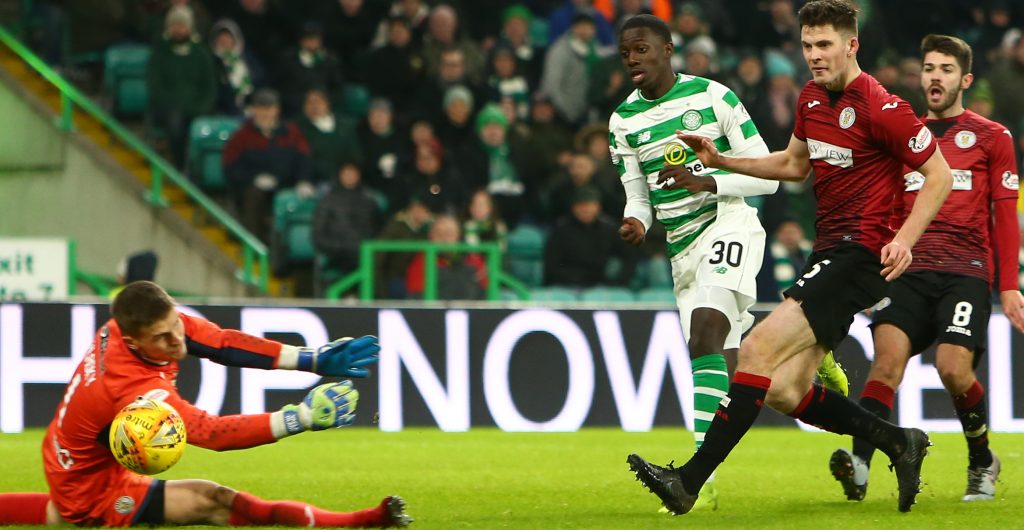 KEEPER TO THE RESCUE…Saints’ Vaclav Hladky gets a fingertip to the effort.

AGONISING…Weah watches the ball just edge wide of the upright. 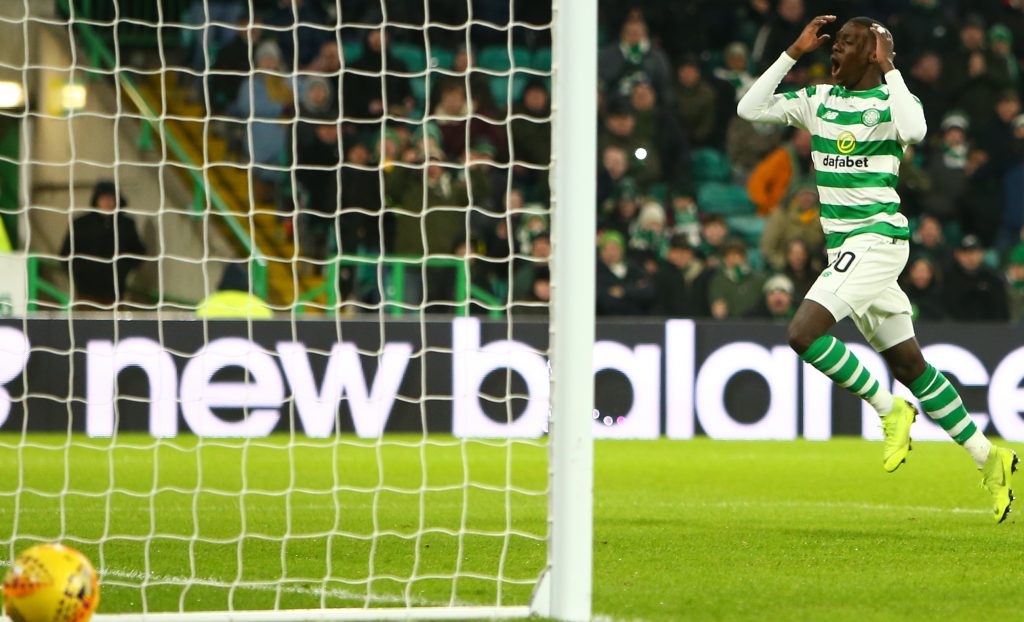 OH NO…so close and yet so far away for the exciting American teenager. Pics: Geo.

“At just 18, there is a lot of maturing still to do for Weah, but I wonder about the prospect of having this exposure now, playing in front of a big crowd, responding and thriving under that pressure, enjoying some success and then thinking that he could have to go back to his parent club and not play in Paris.

“If that was to be the case you wouldn’t rule out something akin to what unfolded with Patrick Roberts.

“And in a situation like this, I do think that players have an input, too. Obviously, PSG will have the final call, but what counts in Celtic’s favour on that front is that there are cordial relations between the clubs.

“But if there is the possibility of another loan spell in order that Weah sustains his current development, then you would have to fancy that Celtic would be the obvious call.”

Hay has enjoyed what he has witnessed so far from the son of the legendary George, who is now President of Liberia.

The Hoops icon added: “He always looks bright whenever he is on the pitch.

“The boy’s confidence is clearly sky high and that I think he shows that when he is playing. He has a real nose for goal and I love the freedom that he plays with.

“Celtic are really suited to how he wants to play and I know that he is very young, but you would have to say that he is a boy who looks the part.

“He has brought pace to the team and, for me, that is the stand-out that I have seen since Celtic have come out of the winter transfer market.

“Weah, Oli Burke and Jeremy Toljan all look to have added pace to the team and everything seems to be moving that little bit faster now. Burke looks like a really unselfish player and his confidence will have gone up with a few goals, too.

“There is also further interest in the fact that Weah and Edouard have a relationship already, having spent a season together at Paris at the same age level.

“That has maybe helped facilitate Weah settling in so quickly and we will soon see what hey bring when they play together.”

Ironically, the teenager replaced his former PSG pal in Perth on Sunday when Celtic’s £10million record buy lasted only five minutes before being crocked following a wayward and reckless challenge from Joe Shaughnessy.

Edouard, though, has been training this week and there is the possibility the buddies can team up against St Johnstone in the Scottish Cup at Parkhead on Sunday.