Celtic Quick News on News Now
You are at:Home»Latest News»TITLE IS ‘A MILLION MILES AWAY,’ INSISTS LENNY
By CQN Magazine on 24th February 2020 Latest News

With 10 league games to play, the Hoops are only six wins away from claiming their ninth successive championship – but the Irishman insisted the title is still “a million miles away”.

Lennon led his team to their 10th domestic triumph on the trot in the 3-1 victory over Kilmarnock at Parkhead yesterday. They have picked up a maximum 24 points from their eight league outings and have knocked out Partick Thistle and Clyde on their way to Sunday’s Scottish Cup quarter-final against St Johnstone at McDiarmid Park.

While the pacesetters were giving the Rugby Park side a goal of a start and coming back to clinch their latest success with strikes from Kristoffer Ajer, Odsonne Edouard and Leigh Griffiths, their nearest challengers from Ibrox had dropped two points in a 2-2 stalemate with Tommy Wright’s Perth outfit.

Steven Gerrard’s club have a game in hand, but there is nothing they can do to derails the green-and-white juggernaut if they achieve six wins – and surely no-one would bet against that.

“The title is a million miles away as far as we are concerned. We just want to concentrate on our affairs.

“Since the turn of the year we have been magnificent. The fact we have won 10 domestic games says my team is very good.

“I don’t want to keep going on about mentality and stuff, but we have some outstanding footballers.

“There was a lot of good football and the guys deserve a lot of credit.” 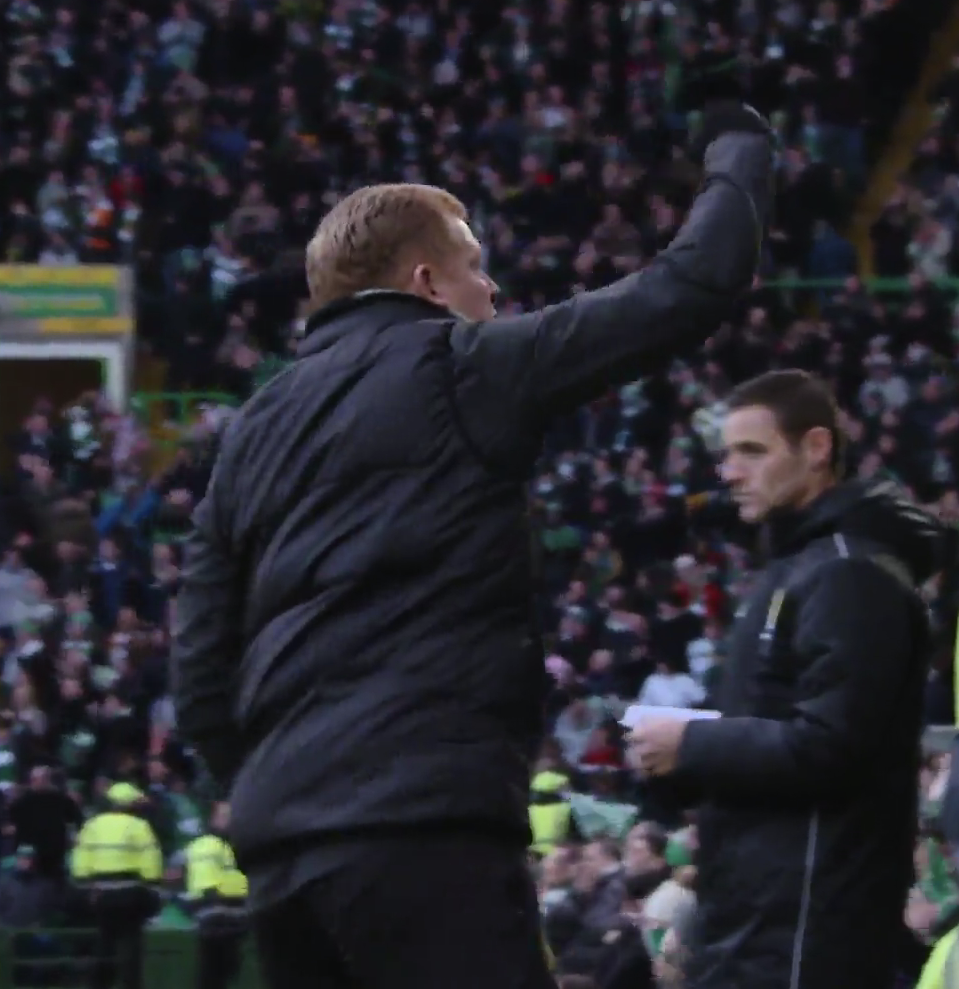 Lennon believes a sense of injustice six minutes into the encounter against Killie fired up his players following referee Kevin Clancy’s award of a penalty-kick after a tangle of legs between Jozo Simunovic and Eamonn Brophy. TV pictures proved conclusively the visiting striker was offside when he collected the pass that kicked off the incident.

The Hoops gaffer said: “The performance and the reaction to going a goal down pleased me most.

“I felt the first shouldn’t have counted as Brophy was offside when he got the ball.

“I think this team is capable of creating good chances and has good belief in itself. There was a long way to go in the game and in the half, even, and I was absolutely thrilled to go in 2-1 up after the way we played in the last half-hour of the half.

“In the second half, we were outstanding and I think some of our football was simply irresistible at times.

“Kilmarnock are a good side and a difficult nut to crack, but we played very well, first of all from a sense of injustice from losing the goal.

“There was real controlled aggression after that.”

DREAM DOZEN AS CELTIC THUNDER ON