Celtic Quick News on News Now
You are at:Home»Latest News»‘TOUGHEN UP, HOOPS,’ ORDERS RODGERS
By CQN Magazine on 25th June 2016 Latest News
BRENDAN RODGERS has ordered his Celtic defenders to toughen up as he prepares for the Champions League qualifiers.
The new Hoops boss is working overtime as he attempts to sort out the team’s soft centre with Erik Sviatchenko his only option in central defence at the moment.
Jozo Simunovic and Dedryck Boyata are injured while Charlie Mulgrew is out of contract and still considering the offer of a two-year extension with the option of another 12 months. 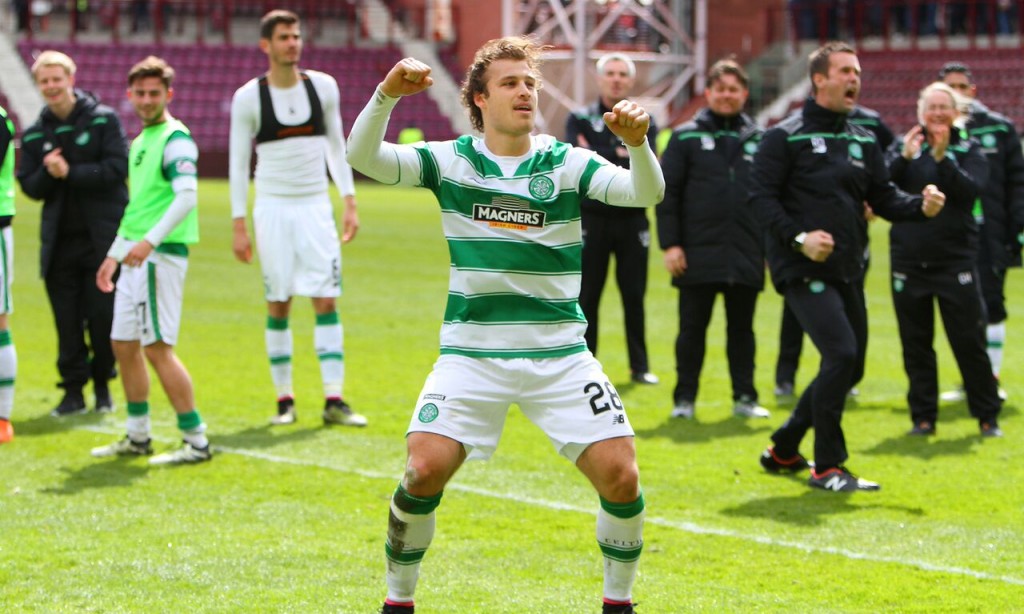 Efe Ambrose, with a string of high-profile blunders behind him, has also played at the heart of the rearguard and could be called in.
Rodgers said: “It’s an area where you need to be robust. If players are going to play 50 or 60 games a season you normally find that your centre-halves will play those games.

“So, at the minute, we have a few of those injured and not fit. But it’s where it’s at and we need to look to see when we can get them back. If they are not going to be ready it’s a scenario we need to look at.”

Simunovic, who made only 17 appearances after his £5million switch from Dinamo Zagreb last summer, is unlikely to play in the Champions League qualifying rounds.

Rodgers added: “In these early stages of pre-season, he won’t be ready. That’s going to be into August from what I hear from the medical team.”

Meanwhile, there are just under three months until the opening group games of the Champions League kick-off and Rodgers is determined to gatecrash the European elite after two successive years of failure under Ronny Deila.

He said: “Three or four months into the season, you are fit, strong and players are adapted to your way of working.
“With these, you are just two or three weeks into it and, suddenly, the qualifiers are upon you. That’s the way it is and it’s what makes them dangerous.

“They are tough games and some of the sides are well into their seasons, so they have played and have the level of fitness.

“But we are going to give everything we possibly can. It’s 12 weeks until the group stages start and let’s hope we are in them.”