NEIL LENNON smiled and said: “It’s been the toughest piece of management for me,”

The Celtic manager was talking after the team had overwhelmed Aberdeen 3-0 at Pittodrie on May 4 2019 to win the club’s eighth successive title.

The Irishman, who had returned to the club on February 26 to answer an SOS after the dramatic and sudden departure of Brendan Rodgers to Leicester City, could afford to draw breath after a whirlwind period and savour the goals from Mikael Lustig, Jozo Simunovic and Odsonne Edouard against Derek McInnes’ Dons side in the north east.

As the triumphant Celts took a bow in front of the celebrating fans, Lennon, speaking in the ‘CELTIC: Treble Treble’ souvenir publication, said: “It’s been really though. It’s been the toughest piece of management for me.

“I know from the outside people think it looks easy. But it’s basically been about coming in on your own and picking up. There was a lot of discontent around the club.

“It’s been a real privilege for me to be here as interim manager or any kind of manager.” 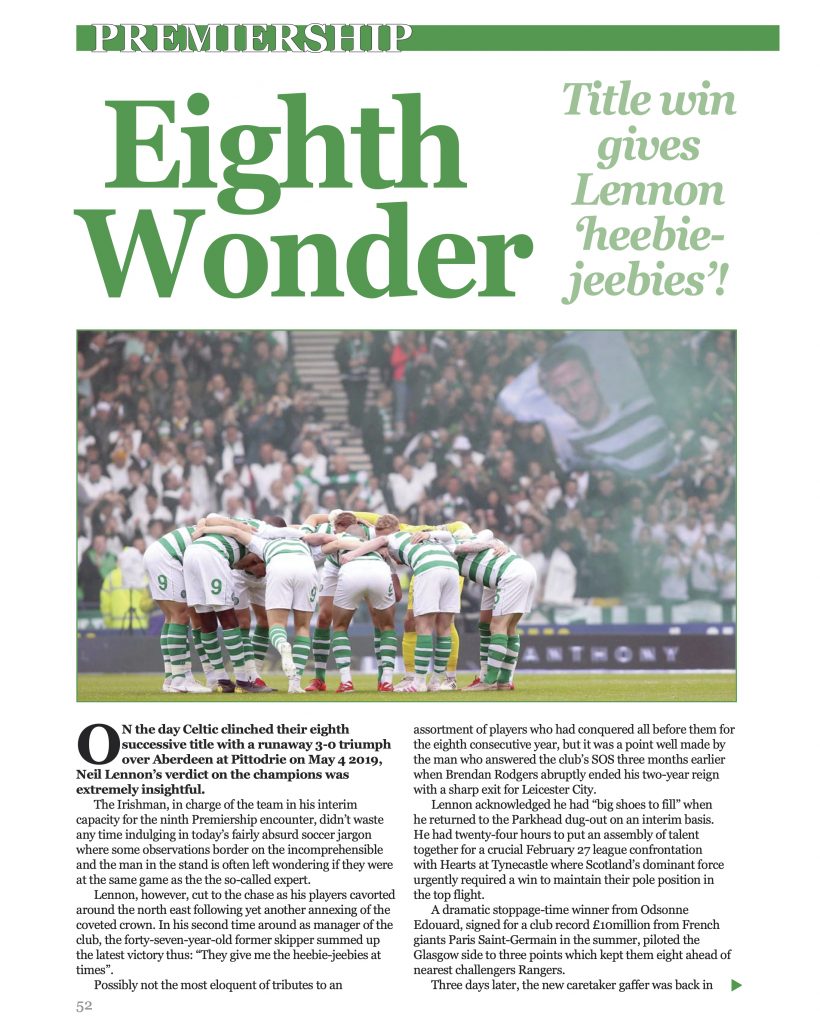 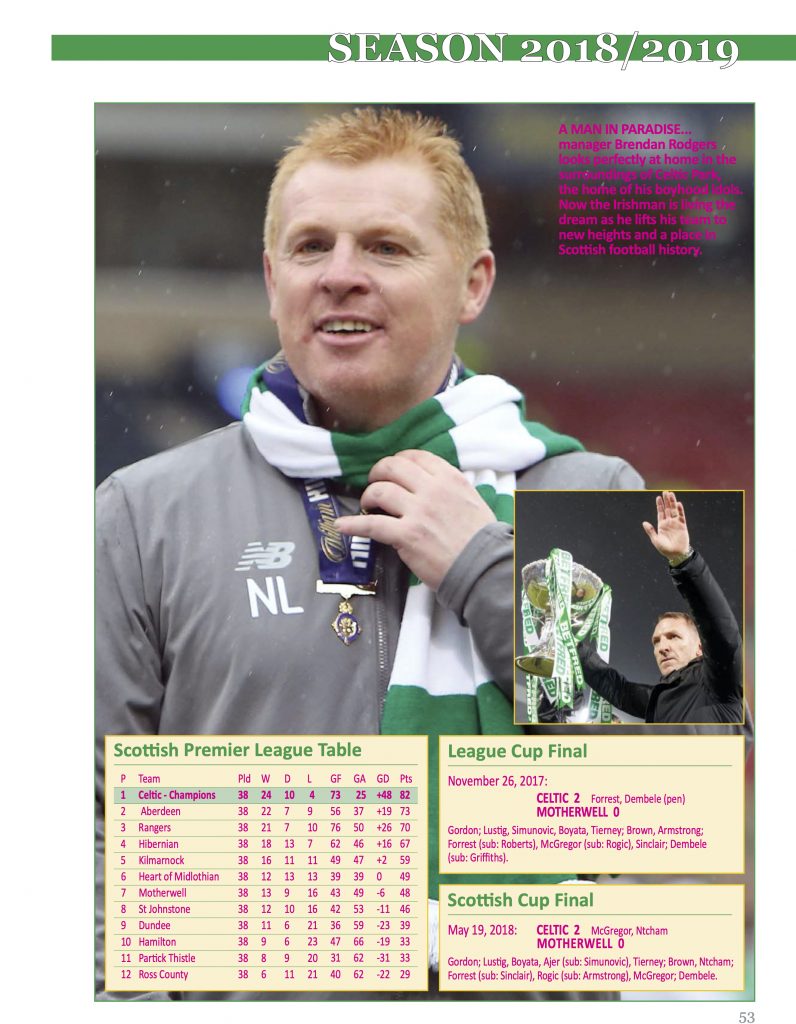 Coincidentally, the Tynecastle side stand between Celtic and the phenomenal quadruple treble when the clubs meet again in the Scottish Cup silverware showpiece at the national stadium on December 20.

Lennon, who was appointed permanent boss after the initial trophy success over the Edinburgh outfit who were then managed by former Scotland supremo Craig Levein, has already admitted his head “is on the chopping block” this time around, as CQN reported earlier today.

Despite clinching the ninth successive crown and another League Cup, the pressure has been growing on the gaffer after just one win in the past six games in which the defence have shipped an alarming 14 goals.

Lennon knows he must turn things around when the champions take on Motherwell at Fir Park tomorrow with a midday kick-off.

But he can reflect on a May afternoon in Aberdeen last year when he had the satisfaction of seeing all his hard work paying off after being forced to hit the ground running in his second stint as Hoops gaffer.

The Irishman has already proved he can cope with pressure. Who would bet against him doing it again?