CQN today continues to take you behind the scenes to offer some rarely-seen candid snaps of the Celtic players as they prepare for action on matchday.

These images emphasise yet again how grim the weather can be in the winters of Scotland. But try telling that to teak-tough skipper Scott Brown!

It appears even the chilly climate does not faze the Hoops onfield leader. While some of his team-mates wrap up as though they are preparing for an expidition to the North Pole, the 34-year-old Fifer prefers short-sleeved polo shirts. Even the rain at Hampden on Sunday December 8 failed to put a dampener on Broony as he got ready for the Betfred League Cup Final against Steven Gerrard’s Ibrox hopefuls.

It’s history now that the inspirational midfielder saw off the conditions and the oppositon as he led the team to their TENTH successive domestic honour.

CQN‘s ace snappers were there to provide the intriguing images. 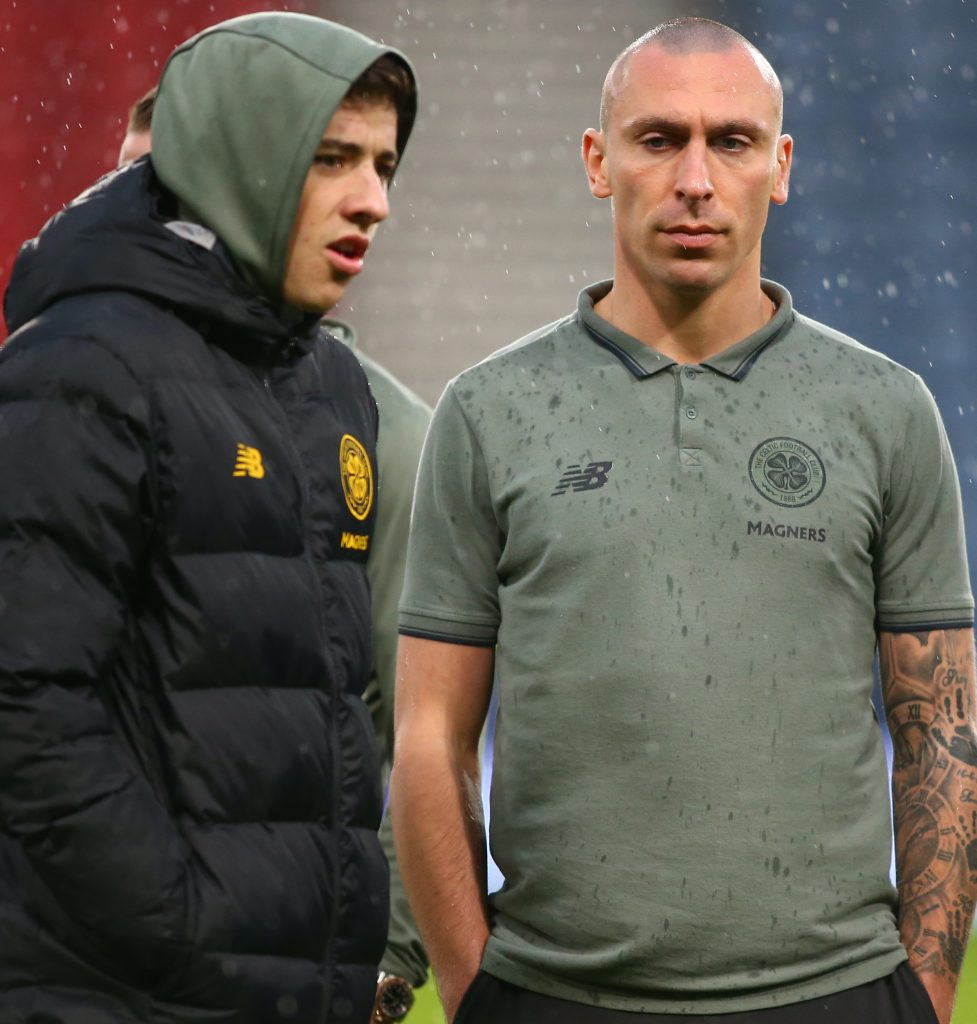 REIGNING IN THE RAIN…Scott Brown ignores the conditions while colleague Mikey Johnston remains wrapped up. 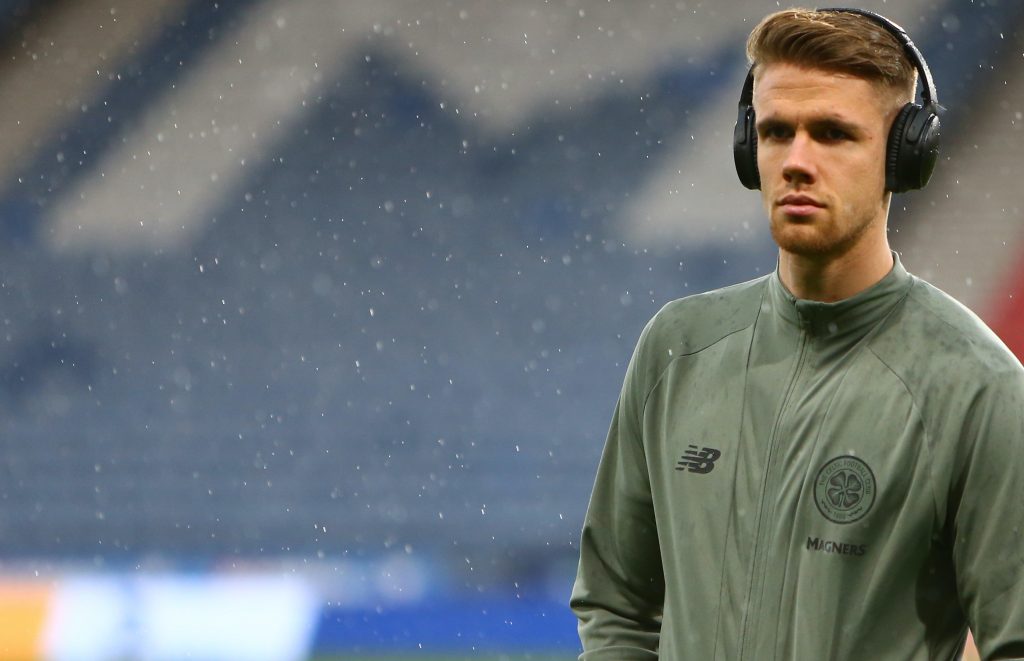 SOUNDS GOOD…Kristoffer Ajer tunes in before the big game. 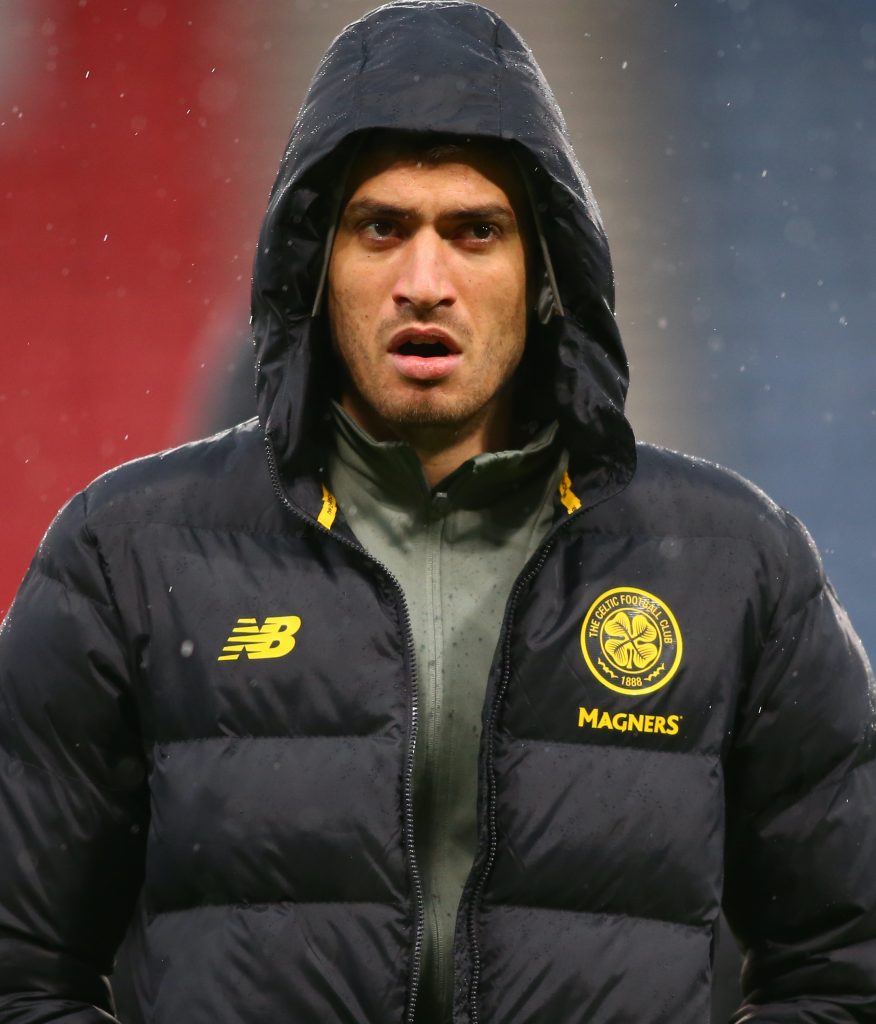 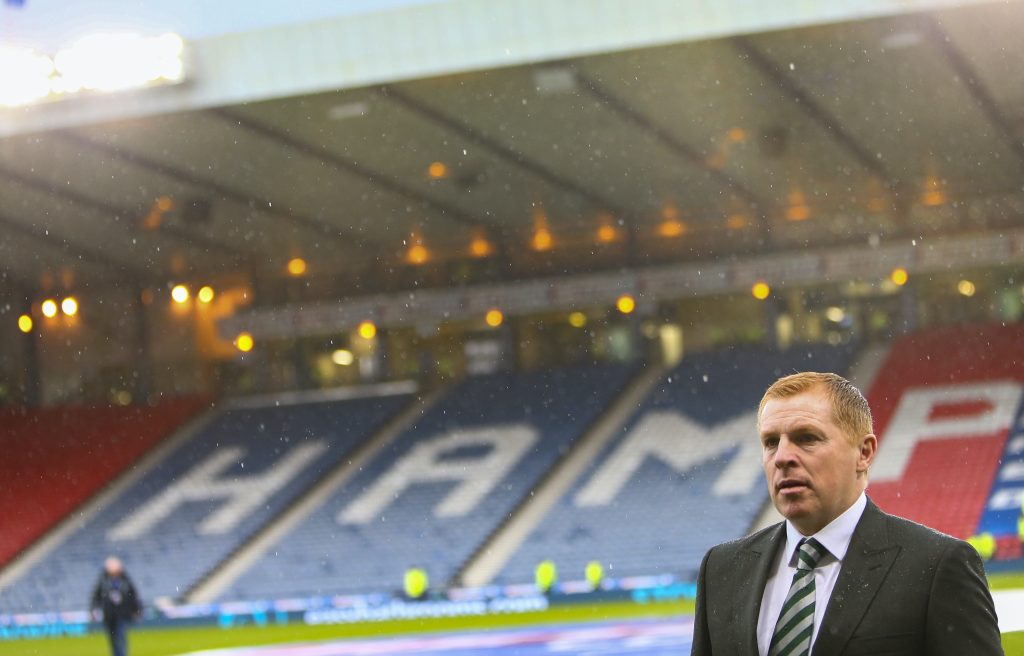 THE FIELD OF DREAMS…Neil Lennon looks pensive on the Hampdem pitch as the kick-off looms. 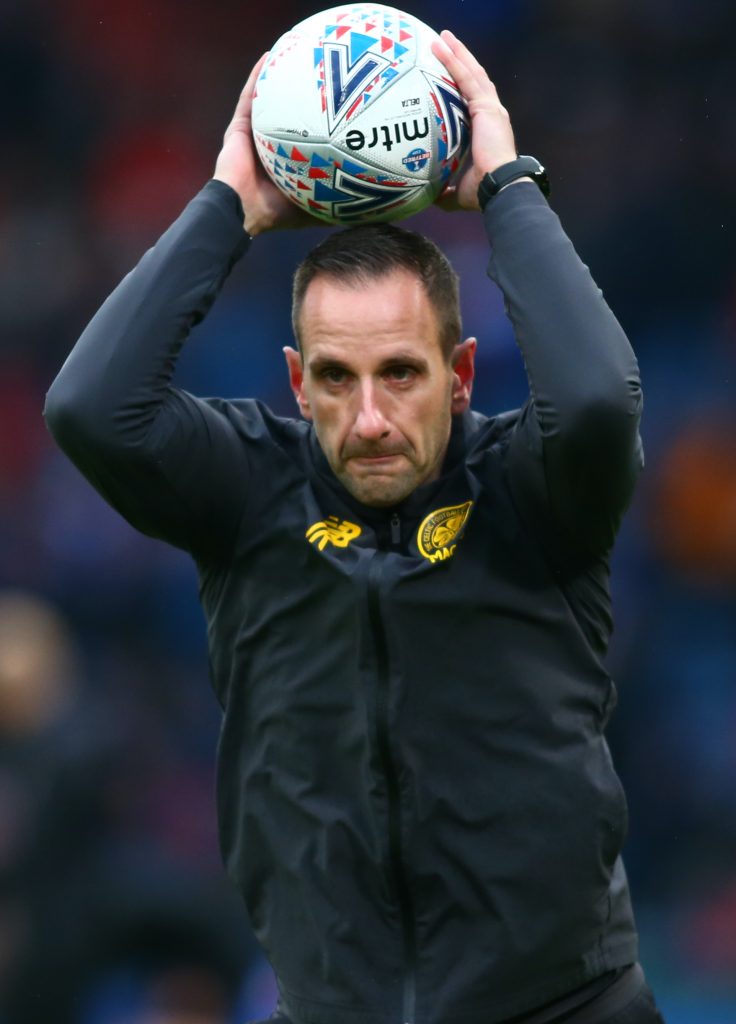 DON’T BE SHY, JOHN…Hoops No.2 John Kennedy demonstrates how to take the perfect throw-in. 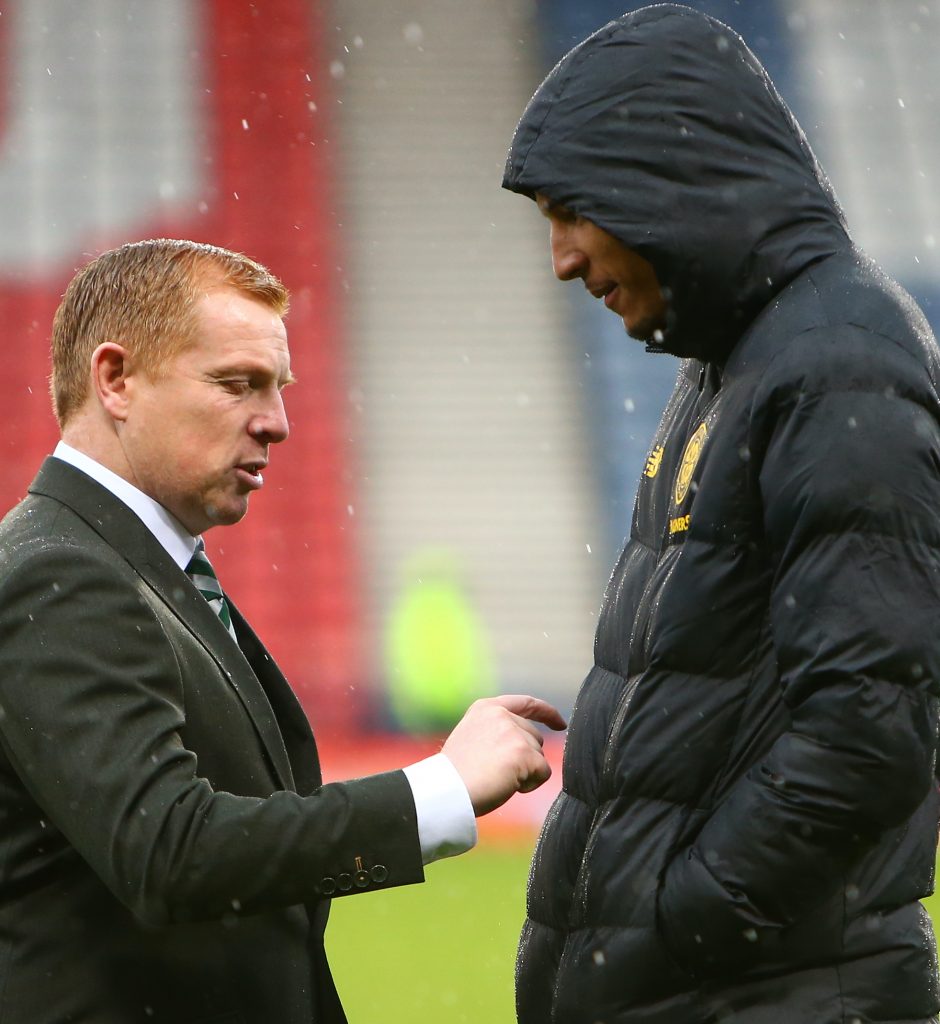 ‘SO, HERE’S HOW YOU’LL SCORE THE WINNING GOAL…’ Neil Lennon has a word with eventual matchwinner Christopher Jullien before the start. 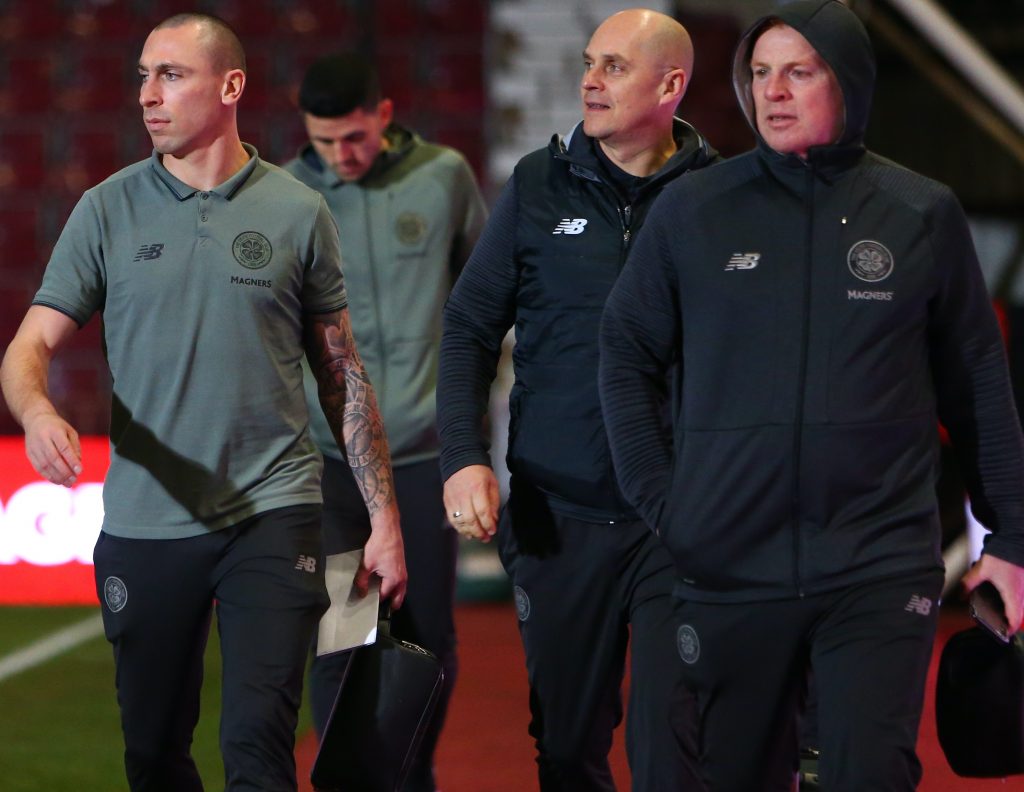 GETTING SHIRTY…it’s still short sleeves and a polo shirt for Scott Brown as he turns up with Neil Lennon for the game against Hearts on December 18. 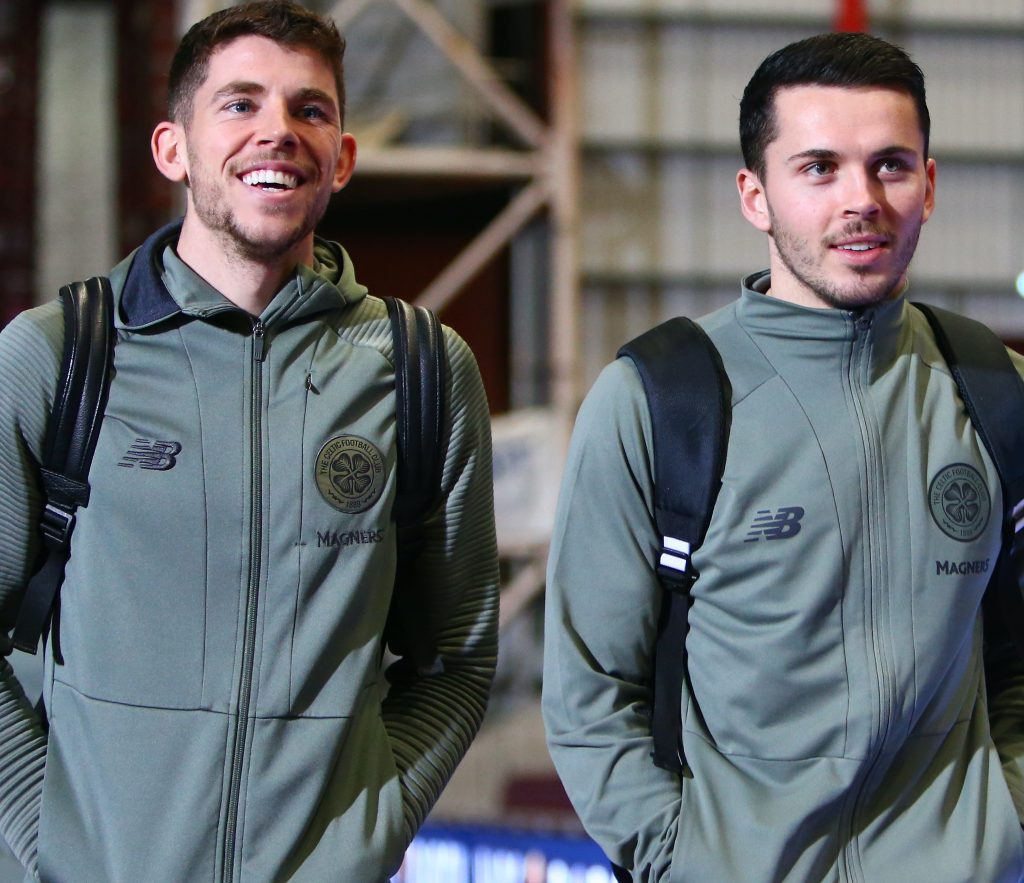 GRINNING AND WINNING…Ryan Christie and Lewis Morgan are all smiles before the 2-0 victory at Tynecastle. 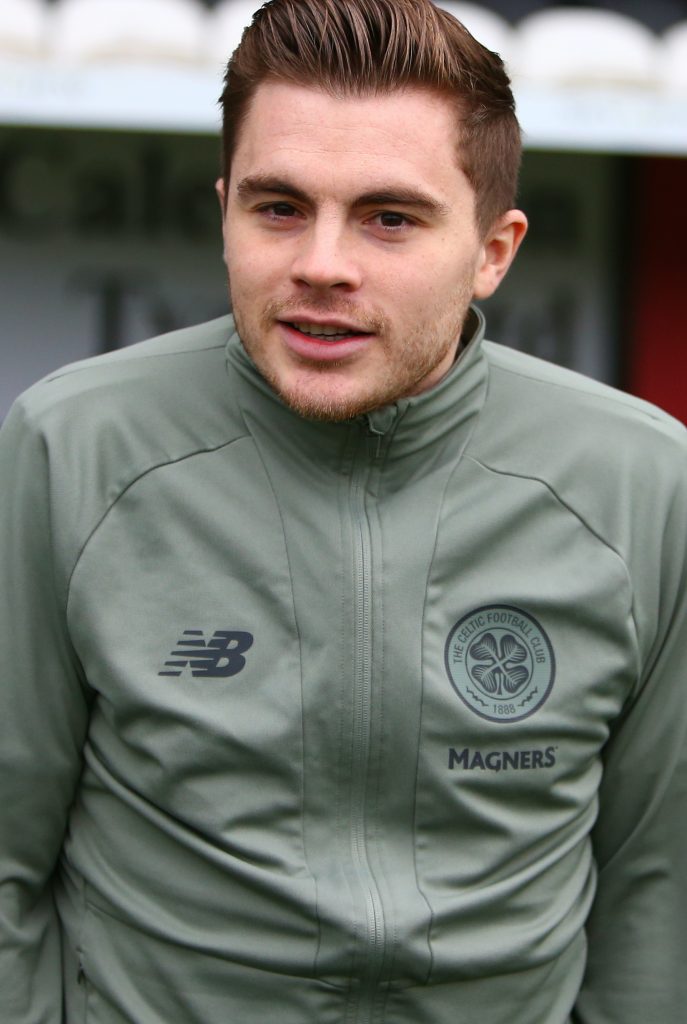 BRRRR…James Forrest arrives in Paisley for the game against St Mirren on December 26. 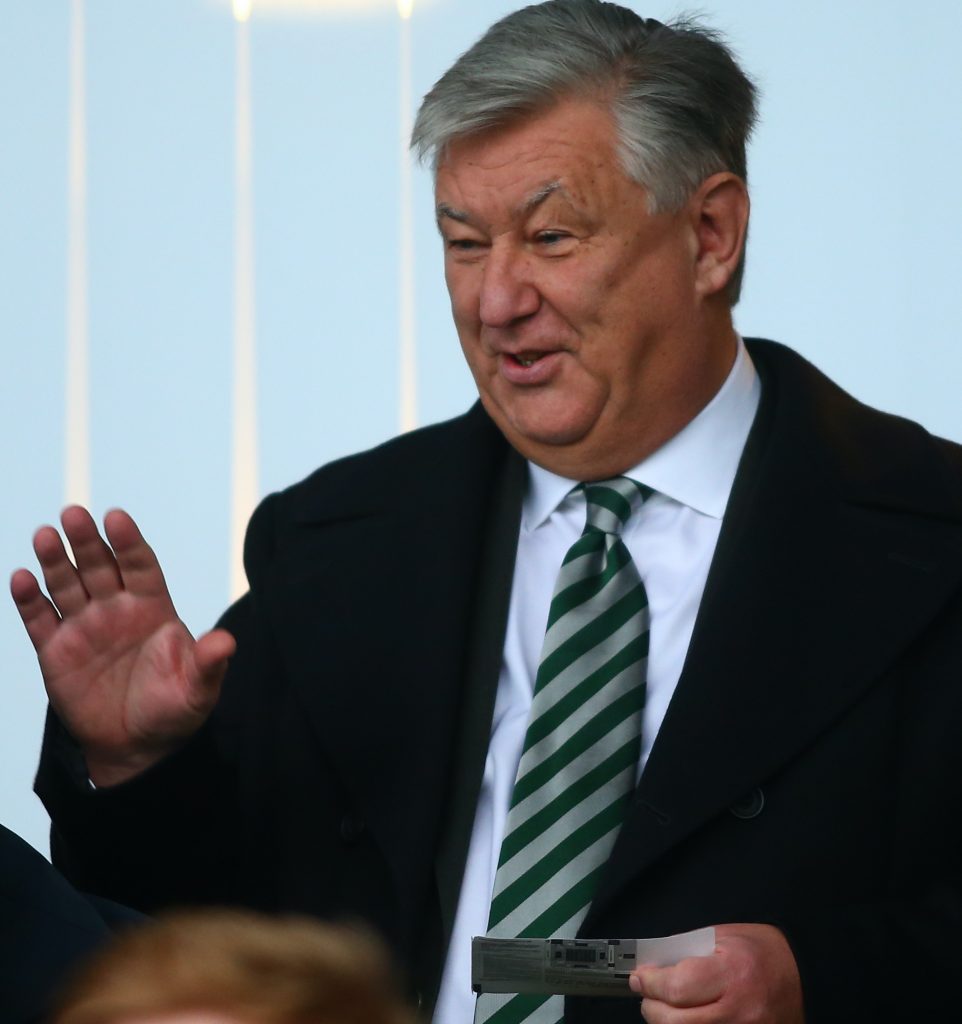 BOXING DAY BACKING…chief executive Peter Lawwell prepares to cheer on the Hoops against the Saints. 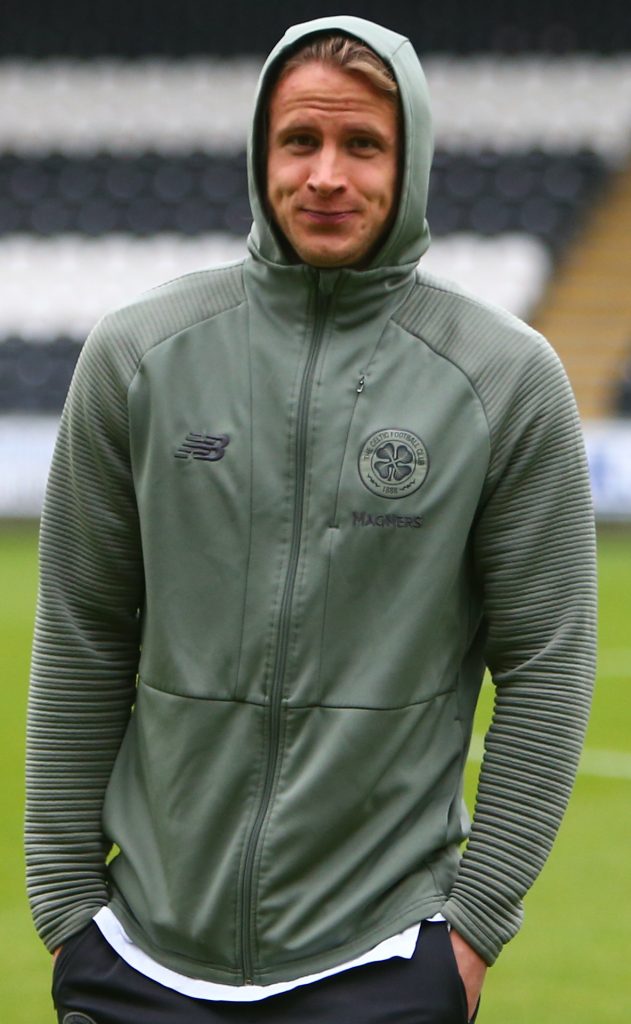 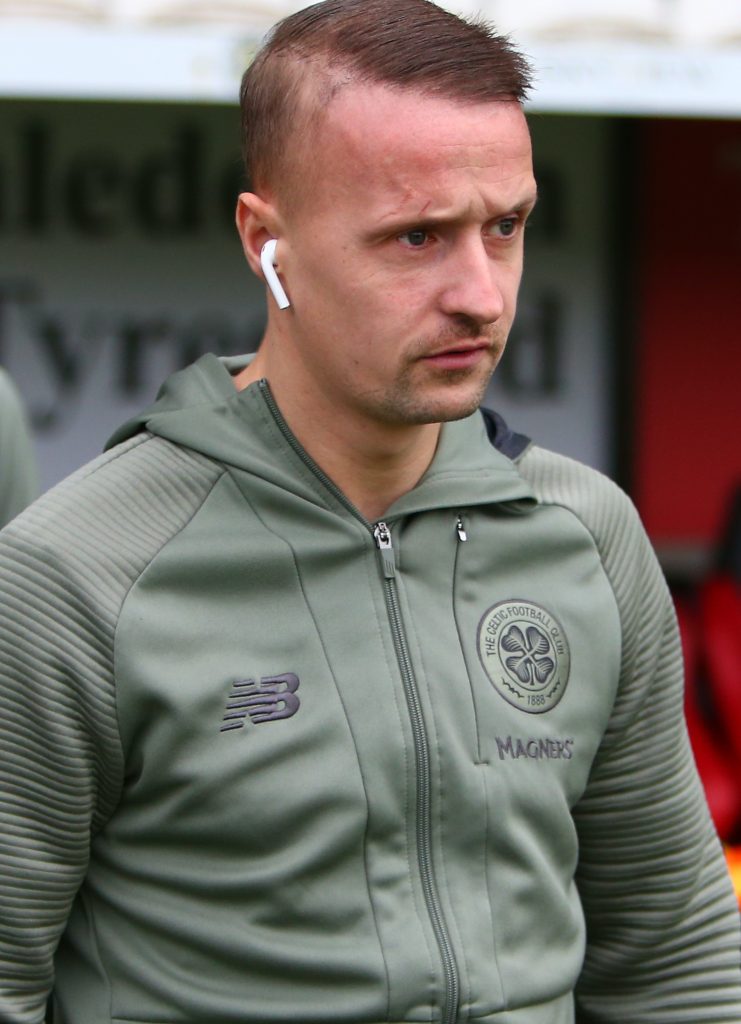 GRIFF GETS AN EARFUL…striker Leigh Griffiths is a study in concentration before the champions’ 2-1 triumph in Paisley with goals from Callum McGregor and James Forrest.