Celtic Quick News on News Now
You are at:Home»Latest News»‘WE MIGHT HAVE HAD A COUPLE OF PENS,’ ADMITS No.2 DAVIES
By CQN Magazine on 5th February 2019 Latest News

CELTIC assistant boss Chris Davies reckons the Hoops should have TWO penalty awards in only THREE seconds in the 2-0 win over St Johnstone at the weekend.

Referee Willie Collum dismissed both claims after Ryan Christie had been clattered by a lunging Jason Kerr and Odsonne Edouard ended up on a stretcher following a high challenge from Joe Shaugnessy at the second.

Davies didn’t even mention an incident in the 14th minute when Perth defender Kerr brought down Oliver Burke that was also overlooked by the match official.

Rangers were awarded FOUR spot-kicks by Andrew Dallas 24 hours earlier in their 4-0 win over rock-bottom St Mirren at Ibrox. Paisley boss Oran Kearney insisted three should not have been given. 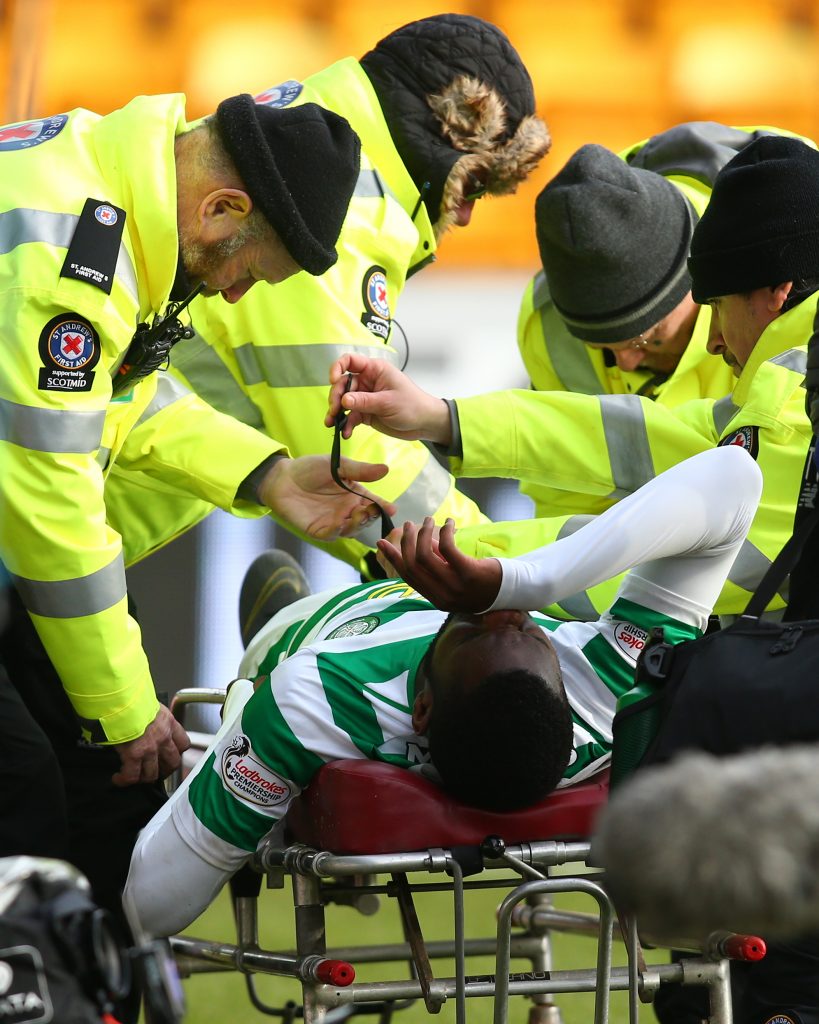 STRETCHERED OFF…Odsonne Edouard’s participation in Perth is over after only five minutes following challenge. Pic: Geo.

TV replays supported his claims with two of the incidents clearly outside the box and another showed no contact between his player and Jermain Defoe before the veteran striker went to ground and the ref was quick to give the award.

Davies reckoned the champions weren’t so fortunate and said: “I think we might have had a couple in our game.

“It’s almost as if the desperation of the defending, if you like, that sometimes the clarity can go from what is an actual foul.

“The key thing on the Ryan one is whether Kerr actually touches the ball, which we don’t think he does. We could have had that one.

“The Odsonne one? The manager said after the game that he thought it might have been harsh on Shaughnessy, but I certainly think we could have had one.

“We don’t want to spend any energy thinking about anyone else.”