Celtic Quick News on News Now
You are at:Home»Latest News»‘WE’LL KEEP GETTING BETTER,’ RODGERS
By CQN Magazine on 30th April 2017 Latest News
BRENDAN RODGERS has warned Scottish football that Celtic are going to improve!
The champions racked up their 42nd unbeaten domestic game in a remarkable sequence with their 5-1 triumph at Ibrox yesterday.
The Hoops were superior in every position on the park against Pedro Caixinha’s team and could have inflicted a harsher scoreline on their struggling opponents. 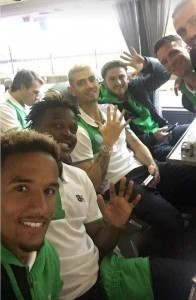 HIGH FIVE! Some Celtic players this morning, they’re looking rather pleased with themselves, wonder why?

Asked if it was the most comfortable win they had enjoyed, the Parkhead boss replied: “There’s never comfort, but what I look for is improvement in performance and from the first 5-1 to this 5-1 there’s a totally different dynamic to the team.“They understood all the elements of how we wanted to play and you saw that in full flow on this occasion.
“Rangers (sic) started off with a diamond and if you’re not concentrated, not organised, you can get outnumbered and outpassed. But the players tactically were superb.“Then when they had the ball and earned the right to play, they were sensational.“So, yeah, a big difference in terms of the 5-1 at the beginning of the season to the 5-1 today. It was a very comprehensive win.

“The big disappointment is we actually should have scored more goals.

“You see the goal we lost and it does disappoint you, as well, because defensively we were otherwise superb.

“But sometimes it happens, when you have that lead that you lose that wee bit of possession because you can naturally sit in and recover for a bit. Kenny Miller, in fairness, finished it well.

“But in every other part of the game we were outstanding.

”They’re right on it. I said when I came in my job was to build a team who could go into any stadium without fear and play.“We had a couple of moments, like the goal at the end, which typified it. Our defenders defend on the front foot, so be aggressive, step in, and that’s where the fifth goal comes from with Mikael Lustig stepping in, winning it then scoring like a striker.“But you have to earn the right in any game.

“From the first minute to the last, their physicality was top class.

“What pleases me most is the hunger in the team. I never like the team to get too comfortable, so if you can get three, four or five you should keep pushing.

“That has been the hallmark this season. We never go lazy in the game. Our creativity though. If I’m a Celtic fan, hopefully, I’m excited by watching the team, how they play, how fast and dynamic they are.”

Celtic have growing expectations in European football and supporters will want the Bhoys to qualify for the UEFA Champions League group stage. However, that’s no easy task with three rounds of qualification this summer.

One thing is certain, Brendan Rodgers will be tasked with targeting players during the summer transfer window that can improve the team’s attack. This is especially true if the Hoops lose any forwards this summer.

The 20-year-old Moussa Dembele is a wanted man. The striker leads Celtic with 32 goals in all competitions during the campaign and at some point in the next year or two Dembele is likely to be sold to a European giant.

Celtic are expected to demand £40 million for the young striker and with the top teams in Europe all wanting his signature, those demands could even to be met during the summer transfer window.

If Dembele is sold there will be a gapping hole upfront that’ll need to filled if Celtic expect to have European success during the 2017/18 season and Rodgers will need to hit the market hard to find a suitable replacement.

Leigh Griffiths could slide into the starting role upfront, but that’s far from a certainty. Griffiths is a scoring machine but can’t be expected to be the only goalscorer as was the case last season. 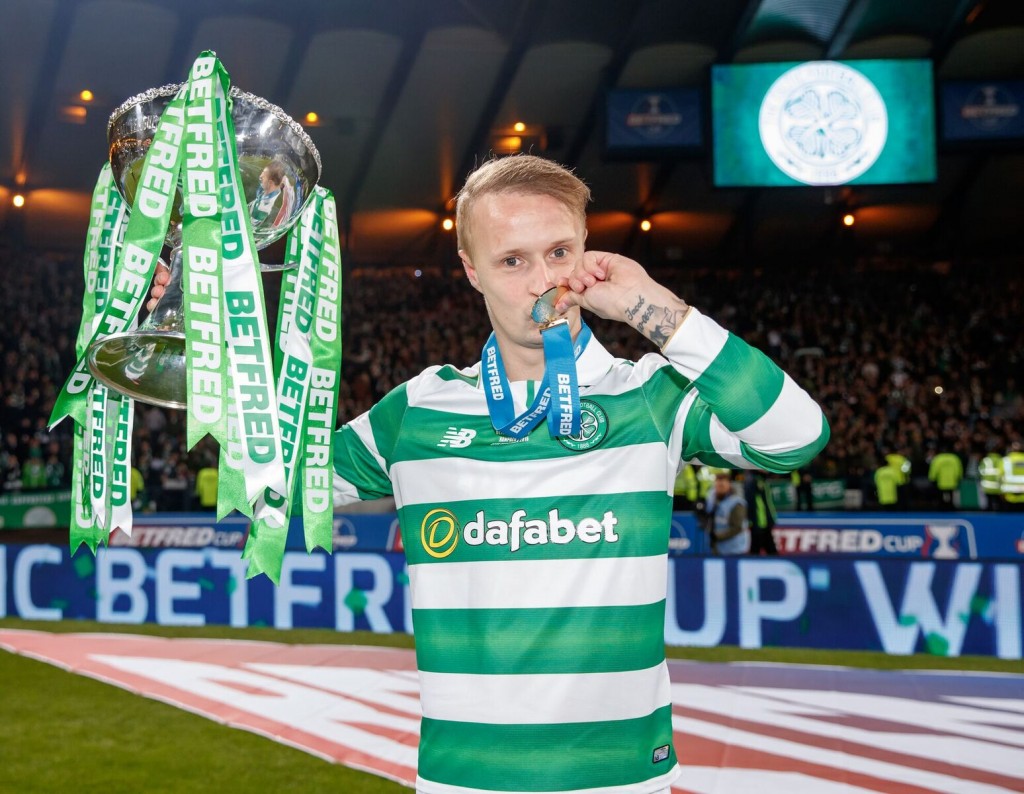 Griffiths has 15 goals this campaign, which includes nine Premiership goals. He also tied with Dembele for the team lead in goals during European competitions this season with five goals each.

The Hoops have been linked to Nigerian Premier League’s top scorer Stephen Odey. He has scored 14 goals and would add some depth to Celtic, but he wouldn’t come in and match Dembele’s production.

Celtic have also been linked to another Nigerian. Winger Henry Onyekuru would be a huge get for Rodgers to bolster the Bhoys attack heading into Champions League qualification, but he’s being targeted by several other big clubs.

Several Premier League teams are targeting Onyekuru and it seems likely that Celtic will face stiff competition to secure this target. 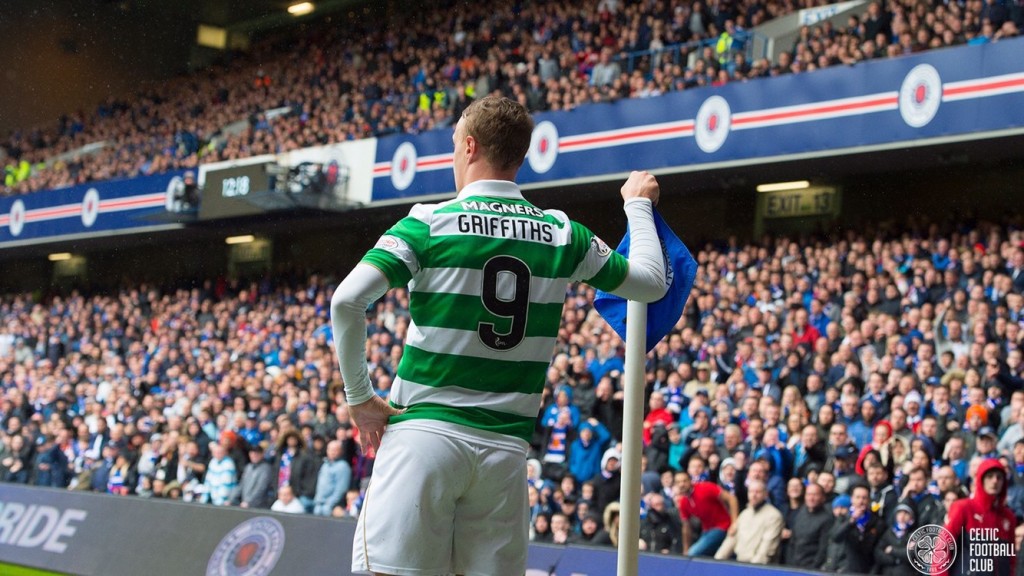 Rodgers has also made it clear that he wants to target an attacking midfielder with exceptional passing.

There are several potential midfielders he could target, but none more popular than Christoph Kramer and Marco Van Ginkel among supporters. Van Ginkel is the more attainable target and the 24-year-old is in fine form.

Van Ginkel is an excellent passer and he can lead opponents to where they need to be perfectly. He has great vision and he has great size at 6’1”. Rodgers could likely land Van Ginkel for £10 million this summer.

Kramer would be the best target and he would likely cost around £12 million. Rodgers has seen Kramer first hand twice this year during the Champions League and bringing him in would be a massive get.

Once the summer transfer window opens up in June there will be plenty of transfer betting markets up at Bet365. You can punt on where you expect the top players will land using a Bet365 2017 bonus code.

Celtic had a quiet winter transfer window, but expect them to sign a few key additions this summer, so that they’re better prepared to make a run in European competitions this upcoming season.

“IT COULD HAVE BEEN EIGHT,’ GRIFFITHS…read HERE

ASK NOT WHAT THE LISBON LIONS HAVE DONE FOR YOU….Profits from In the Heat of Lisbon and our Jock Stein t0shirt (only 3 XXL left) will be used to thank the Celtic playing squad 0f 1966/67. Please order your copy of this fantastic Celtic book at www.cqnbookstore.com