Celtic Quick News on News Now
You are at:Home»Latest News»WHY LENNY MUST MAKE HAZARD No.1
By CQN Magazine on 22nd December 2020 Latest News

That’s the verdict of mentor Derek Souttar who coached the rookie keeper for the Northern Ireland Under-19s and has no doubt the 22-year-old netminder’s career will kick on from his Hampden heroics.

Hazard, making only his third first-team  appearance ahead of £4.5million Vasilis Barkas and Scott Bain, was the Hoops’ main man with two diving saves in the penalty-kick shoot-out as the holders edged Hearts 4-3 following a 3-3 extra-time draw.

Neil Lennon admitted the youngster has some hard work ahead, as CQN reported yesterday, and the gaffer now has a decision to make on whether to stick with his fellow-countryman, who shouldered some of the blame for the Edinburgh’s second and third goals, or turn to the experienced back-up custodians. 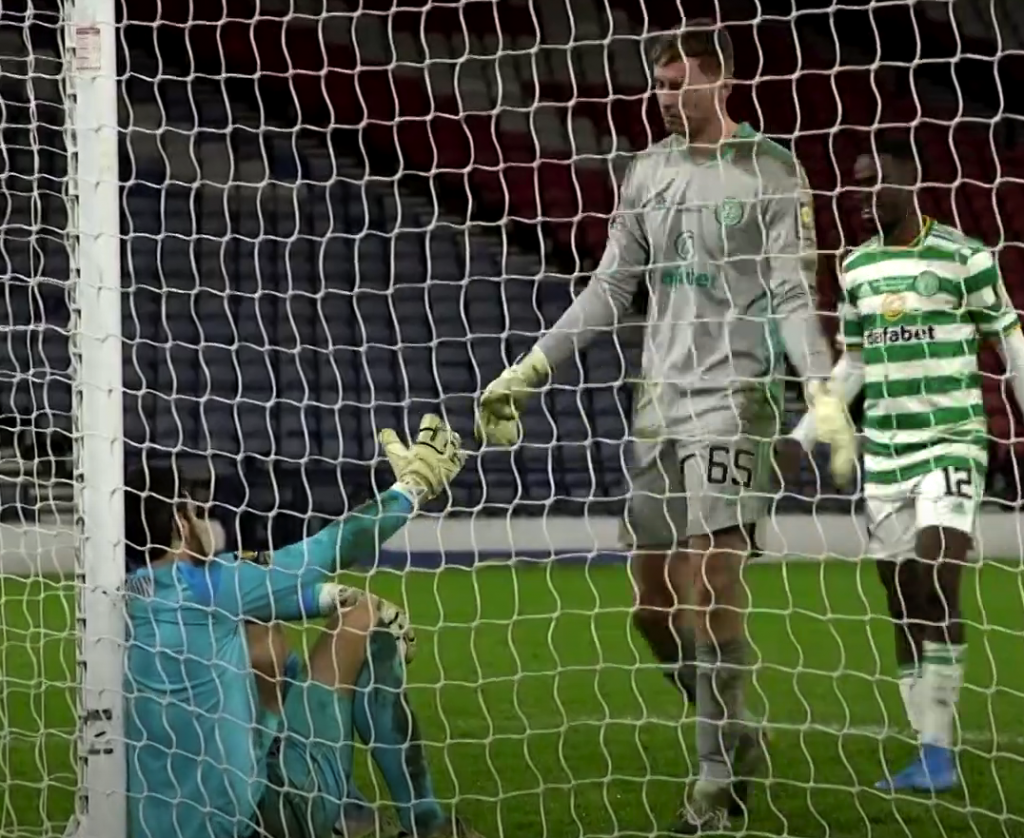 But coach Souttar reckons the club should stick by his protege and reap the benefits as he settles into life as a key member of the team.

“It will do wonders for his confidence to pick up his first winners’ medal with Celtic. He’s had to be patient, but I believe this moment will be massive for him and what he can achieve.

“He was a dream to work with at Northern Ireland. He wanted to listen and learn in his attempt to reach the top.

“Nobody deserves success more. He’s so level-headed, I expect to see him go from strength to strength.”

Hazard, who has had loans spells at Falkirk, Partick Thistle and Dundee over the past two seasons, is poised to make his fourth first-team appearance against Ross County at Parkhead tomorrow night.