The former Greek international keeper was less than convincing in his time at Parkhead and Ange Postecoglou had seen enough of the most expensive netminder in Hoops history after his first competitive game.

Barkas flapped at a free-kick from FC Midtjylland’s Brazilian Evander that sailed over his head into the net for the Danish club’s equaliser after Liel Abada had given the home side the lead in Glasgow back on July 20. 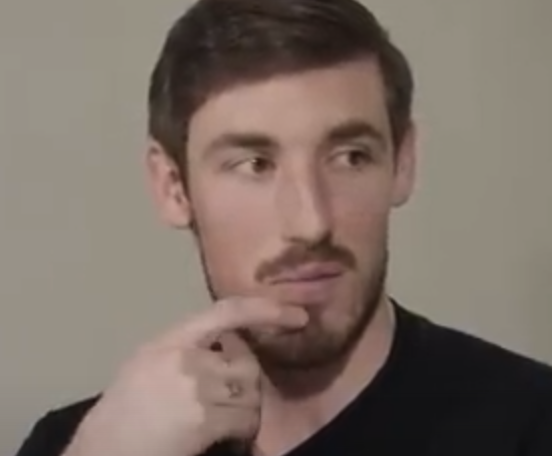 WHERE DID IT GO WRONG? Vasilis Barkas reflects on two nightmarish years at Celtic.

Scott Bain replaced him for the second leg in which Callum McGregor gave the visitors the lead, but the Danes came back to win 2-1 in extra-time.

The only time 28-year-old Barkas featured again under the Greek-Australian was in the 3-1 Premiership win over St Johnstone at McDiarmid Park on Boxing Day when neither Joe Hart nor Bain was available.

The dodgy netminder, under contract at Parkhead until 2024, joined Dutch club FC Utrecht on loan for the new season, but insisted his time in Glasgow was not assisted during the Covid lockdown.

The disastrous signing also stated he would recommend other goalkeepers not to join the Hoops.

Barkas, speaking to Greek media outlet Betarades, said: “It all happened very quickly. But then the coronavirus came and the situation was difficult on a day-to-day basis.

OOPS…Vasilis Barkas blunders as a free-kick eludes his flapping hands for FC Midtjylland’s equaliser in the 1-1 draw at Parkhead in July.

“I regretted that decision because things didn’t turn out the way I thought they would. But you can’t know beforehand.

“What saddens me is that some money was spent on me and I didn’t feel the investment.

“I didn’t feel I was an important part of the team. But it may not even be the team’s fault. It was a Covid year, everything was different.

“The first six months I didn’t know my team-mates, we were in different locker rooms.

“Celtic is a huge club, but I wouldn’t recommend a goalkeeper to come here.”