Celtic Quick News on News Now
You are at:Home»Latest News»‘ASK NOT WHAT THE LISBON LIONS HAVE DONE FOR YOU…’
By CQN Magazine on 31st March 2017 Latest News

CQN wants to present each of our Lions, or the nearest and dearest of those we have lost, with something special to commemorate the 50th Anniversary of Lisbon.

This will be a gift from the Celtic support and we’d like your help. Three things to talk about:

1. 25 years ago two supporters, who would later become CQN’ers wrote a wee book called A Season in the Sun.

3. One of the most memorable supporter images from Lisbon was the Bhoy with the white t-shirt and he had DIY’ed in green felt pen, in very large letters, just two words: JOCK STEIN.

Well, we’ve tried to bring all three together so that the Celtic support can do something for the Lisbon Lions – and by that we mean all the players who played or participated on the European Cup games in 1966-67 season.

IN THE HEAT OF LISBON is two books in one. Back in 1992, 25 years after Celtic won the European Cup, two supporters published a fabulous little book called A Season In The Sun. It has become something of a collectors item over the years so we are delighted to incorporate its entire contents into CQN’s commemorative Lisbon book 50 years after Celtic became Champions of Europe. An updated version is included within our new book, In the Heat of Lisbon.

Mike Maher is pictured above, he’s the young boy standing in front of a Holiday Enterprises bus. This was the company that was responsible for getting the Celtic support to Lisbon. It was run by BRTH’s old man. 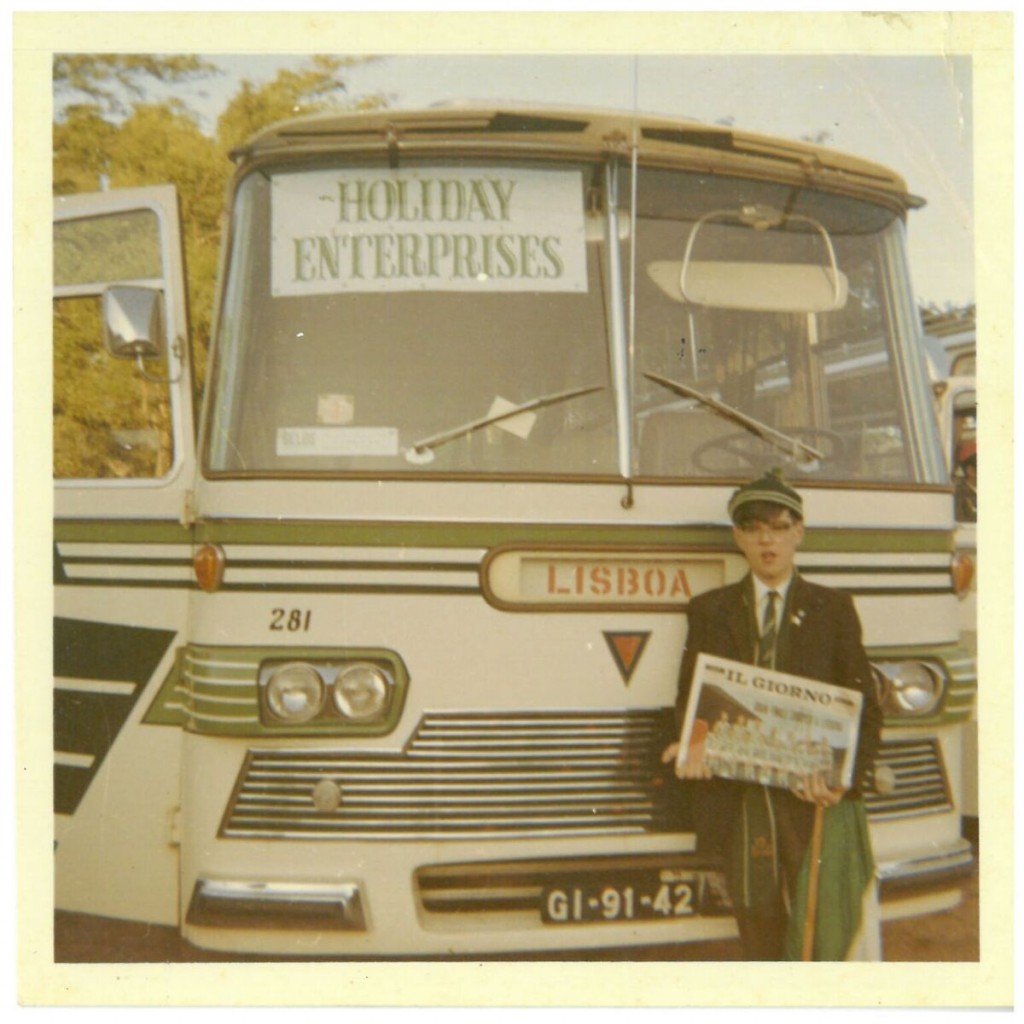 Mike was going to call his book Off To Lisbon but given the Celtic song and light show on the 67th minutes of each Celtic match this season, he opted instead for The Fans Came In Their Thousands, and the too is included within In The Heat of Lisbon.

So two great Lisbon books for the price of one may well sound attractive, but we wanted to do better than that.

We want to see THAT Jock Stein t-shirt back at our games.

And our take on the Jock Stein Lisbon T-shirt will also cost you £14.99.

HOWEVER if you buy both over the next two weeks, you will only pay, appropriately enough £19.67 for your book and limited edition T-shirt.

It is available in Medium, Large, XL and XLL.

The combined deal will end midnight Friday 14th April and all orders will be posted on Monday April 17th.

We’ll take the profits and work out, with Lisbon Lion Willie Wallace acting as our advisor in this regard, the best type of gift and the way to reach each family.

It’s something we should do as a support. This is a NOT FOR PROFIT promotion and we would be grateful if you could share with other Celtic supporters.

Order now at www.cqnbookstore.com – simply click on the ad below. When you get there click on your required size then order from there. 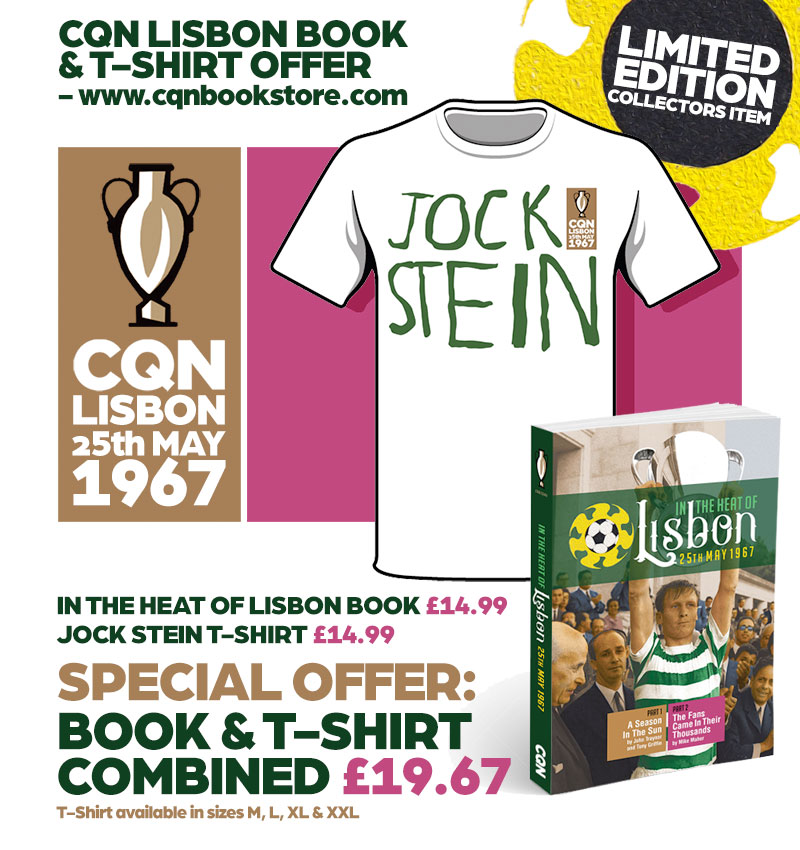