SCOTT BROWN may be on the brink of quitting Celtic with Western Melbourne already discussing the “positives” he can bring to the Australian club.

The Hoops skipper, 33, is out of contract at the end of the season and could end his 12 years at the champions with the newly-formed A-League outfit making a second attempt to lure him Down Under.

Melbourne made an initial offer of a two-year contract and a 12-month option which was knocked back by the former Scotland international captain.

But they have been back in contact with the midfielder and they appear confident of doing business on this occasion.

The Oz club’s Maurice Bisetto, one of three backers behind their consortium, said: “We are pretty close with some players, including a marquee. We are looking at a pre-season start in June, so things need to get moving. 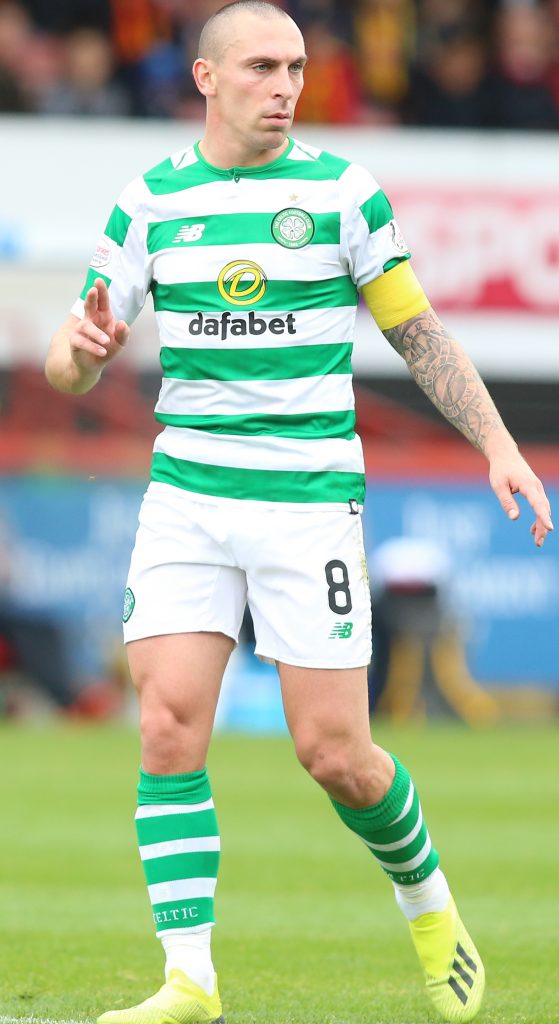 “We think Scott Brown has a lot of positives and could make a significant contribution to a new club…as a leader on and off the field.

“There’s no doubt we could go for a bigger name and that might get eyeballs and put bums on seats initially, but we are really focused on results and performance and the style of football we want to play.”

Brown won his 17th major honour at Celtic when he came on as a second-half substitute in the 1-0 Betfred League Cup Final triumph over Aberdeen at the start of last month.

Ex-boss Gordon Strachan paid £4.4million – a record fee between two Scottish clubs – to take the player from Hibs in the summer of 2007.

Brendan Rodgers has already stated he wants Brown to remain at Parkhead, but has refused to put pressure on the player to give him an answer.