CELTIC legend Davie Hay insists his old club have the quality and character to react positively when they are under pressure.

The former manager and player, who is now a club ambassador, reckons Neil Lennon’s men have the answers when they are confronted with adversity.

And Hay agrees with Steven Gerrard when he questions the mentality of the Ibrox players who collapse when the heat is on.

The champions went into the mid-winter break two points ahead of the Govan outfit after the 2-1 loss to their neighbours at Parkhead at the end of December. At that stage, they knew they could be overtaken by a point if their rivals won their game in hand.

However, the situation has changed dramatically with the Hoops now TEN points ahead after six successive wins to amass 18 points while Gerrard has seen his side flop to two defeats against Hearts and Kilmarnock while drawing with Aberdeen at home. 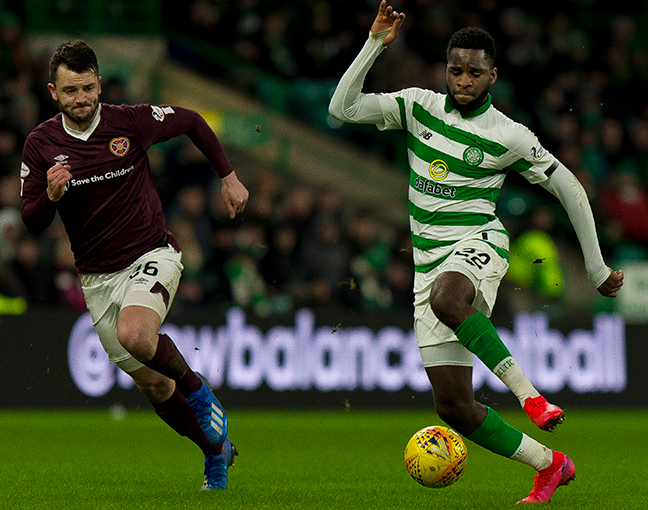 Hay, writing in his Evening Times column, said: “The league may not yet be over – and absolutely no-one within the club will even be caught saying this – but it is now Celtic’s title to lose.

“They are now such strong favourites to get nine-in-a-row and the turnaround since the Old Firm defeat has been remarkable.

“Rangers beat Celtic, but they’ve come back and repeated the same mistakes as last season, dropping points left, right and centre. Having done that last term, I’m not even sure Neil Lennon would have expected his rivals to do so again, but they have now shipped eight points from their seven league games, putting Celtic in a hugely commanding position at the top of the table.

“All the Celtic manager can do is concentrate on what his side are doing and they have come back with a real bang.

“Celtic always seem to react positively to adversity, that’s been the case over the past three years or so. Whereas, Rangers have really struggled whenever they have got right on Celtic’s coattails.

“I thought that Rangers were going to make a greater challenge this time around. It is never over until it’s over, but what an advantage Celtic now have. 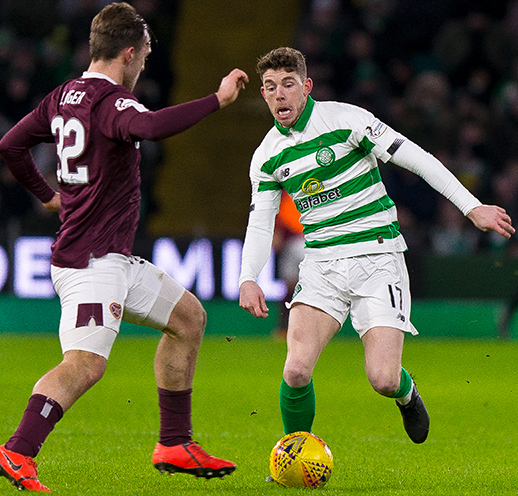 TOUCH AND GO…Ryan Christie prepares to race away from Marcel Langer.

“The only consolation for Rangers is that they have that game in hand and they still have to play Celtic twice. The pressure on them now not only to win all three of those matches, but also not to have any more slip-ups elsewhere is huge though – and I’m not sure they have the mentality to handle that

“It isn’t just the 10-point lead that will satisfy Lennon, but also the fact they have streaked ahead on goal difference. At one stage, Rangers were ahead in that regard, but Celtic have really started to bang the goals in from all over the park.

“Much has been made of the re-emergence of Leigh Griffiths and his partnership with Odsonne Edouard and rightly so because they have been great to watch and are scoring lots of goals. But even when they don’t score, as was the case against Hearts, Celtic are still able to hit five from all around the park.”

Hay added: “It has been interesting to hear Steven Gerrard referencing the mentality of his players. The players in the Celtic dressing room certainly can’t have that levelled at them.

“They have proven they can react to adversity and the fact they have characters who have been over course and distance before is a huge factor in what we are seeing play out now. 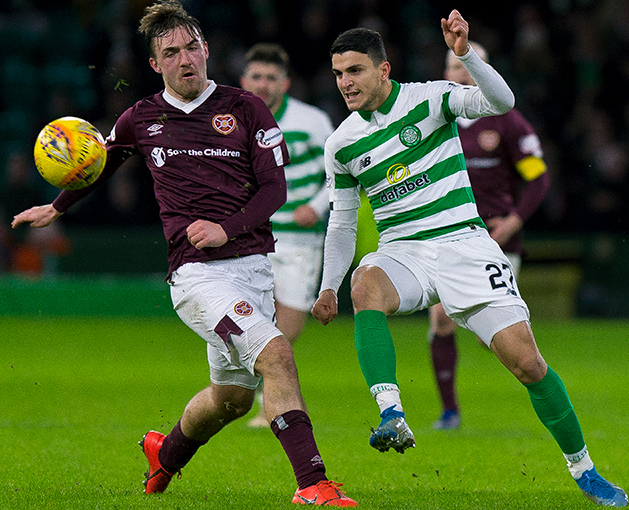 NOW YOU SEE IT…Mohamed Elyounoussi flicks the ball away from Marcel Langer.

“On the pitch, Celtic’s squad isn’t just superior in terms of numbers, but the quality is better, too. I’m convinced that is a telling factor and it looks very much as if Celtic are heading for another title because of it.

“Injuries are clearing up and the depth is there for all to see. You had the likes of Tom Rogic and Ryan Christie coming on at Hamilton to make a difference, then Christie and Mohamed Elyounoussi coming on against Hearts during the week and making an impact, too.”

Gerrard’s team take on Livingston in Glasgow this afternoon while Scotland’s title kings head for Pittodrie tomorrow for a clash with Aberdeen and will be hoping for a repeat of the performance in October when they raced to a 4-0 half-time lead with Jeremie Frimpong scoring his first goal for the club and Edouard, Elyounoussi and James Forrest also on target.

Edouard and his fellow-countryman Christopher Jullien got the goals that mattered in the 2-1 victory over the Dons at Parkhead in December.