Celtic Quick News on News Now
You are at:Home»Football Matters»CELTIC FACE FRIENDLY FIRE IN NORWAY
By CQN Magazine on 20th October 2015 Football Matters
MOLDE striker Ola Kamara has warned fellow-Norwegians Ronny Deila and Stefan Johansen there will no old pals’ act when Celtic provide the opposition in the Europa League tie on Thursday night.
The international frontman played under Deila for four seasons at Stromgodset and was part of the 2013 title-winning side alongside Johansen. But he will not be rolling out the welcome mat when there are three crucial Euro points up for grabs.
He said: “There will be extra motivation for the guys when Stefan comes. We don’t want him to come home and do well. The players will be competitive and he’s going to have a hard time.

“We know he is a great player so we need to try and take him out of the game. It will be the same for Nir Bitton. For the people of Norway this game is bigger than our first two matches with Ajax and Fenerbahce. In the media, we always write about how Ronny and Stefan are doing in Scotland.“Everybody is aware how well they are doing and how Celtic are doing, so that’s why this is such an important game. I will catch up with both of them them after the game and, hopefully, I will be the one with a smile on my face. 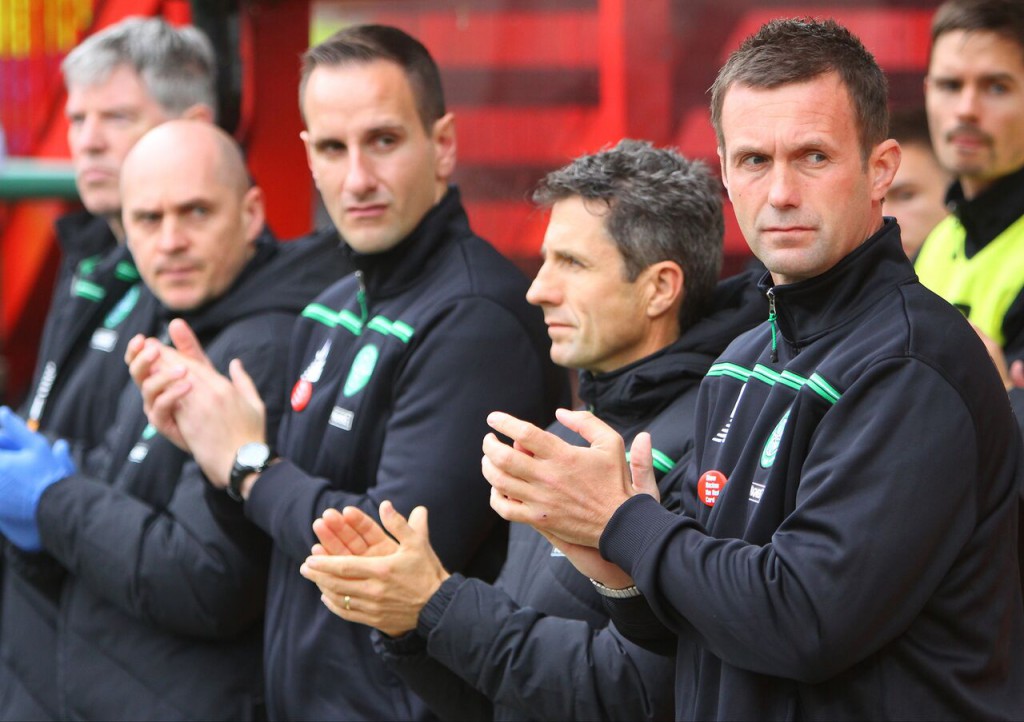 Kamara has hit nine goals in 17 games this season and was top scorer under Deila when Stromgodset caused one of the biggest shocks in Norwegian football history by claiming the title three years ago.

The Hoops boss worked hard to mould him into one of the most potent attackers in the country and helped win him a big-money moves to Austria Vienna.

Kamara, currently on loan from the Austrians, said:“I spent four-and-a-half year working under Ronny from him saving us from relegation when he took over to winning the championship.

“It was an amazing period of my career and he played a massive part in my development. He had such a big influence on me and winning the title was the highlight of my career.

“We were not supposed to win the league because all the other teams had more money. But we did.

“I haven’t worked with any coach as good as Ronny. He is brilliant at motivating young players.”

Molde are two points clear of Celtic and Kamara is keen for them to strengthen their position at the top of the Europa League section.

He added: “By reputation, Celtic are a bigger club, but this is 50-50 in this game. We have made a good start to the Europa League. We have a lot of quality in our side and you can see that when we beat Fenerbahce and drew with Ajax.

“I don’t think the Scottish league is that much better than the Norwegian league. Yes, Celtic have a good team, but they have lost a quality player in Virgil van Dijk.”