Celtic Quick News on News Now
You are at:Home»Latest News»CHAMPIONS LEAGUE? ‘WE MUST BE POSITIVE,’ ERIK
By CQN Magazine on 24th February 2016 Latest News
NEW Bhoy Erik Sviatchenko is adamant Celtic must be positive in their efforts to make an impact in the Champions League.
The Danish international centre-half, bought for £2million from Midtylland last month, is aware the Hoops have suffered two agonising and expensive exits in the past two seasons.
Defeats to Legia Warsaw, Maribor and Malmo, followed by this term’s abysmal Europa League campaign – rock bottom of the group without a win – have raised doubts over Ronny Deila’s ability to gain entry to the money-laden group stages at the third time of asking.Sviatchenko said: “We have to dream about things and talk about them before we can get them. Otherwise, it will just be something loose you cannot feel.

“Sometimes it’s very important to say we want this and make demands, otherwise it won’t get better.

“We have to be positive. The fact something happened in the Champions League in the past does not mean it will happen again.

“We are doing our best to improve and sometimes you see a curve that is going up, up, up.

“But the most important thing is, when it drops, not to let it slide too far down.

“Most important for us now is to keep a high level, train well, talk to each other and analyse what we do in games.

“Of course, we will be ready for Europe – and do our best when it comes. 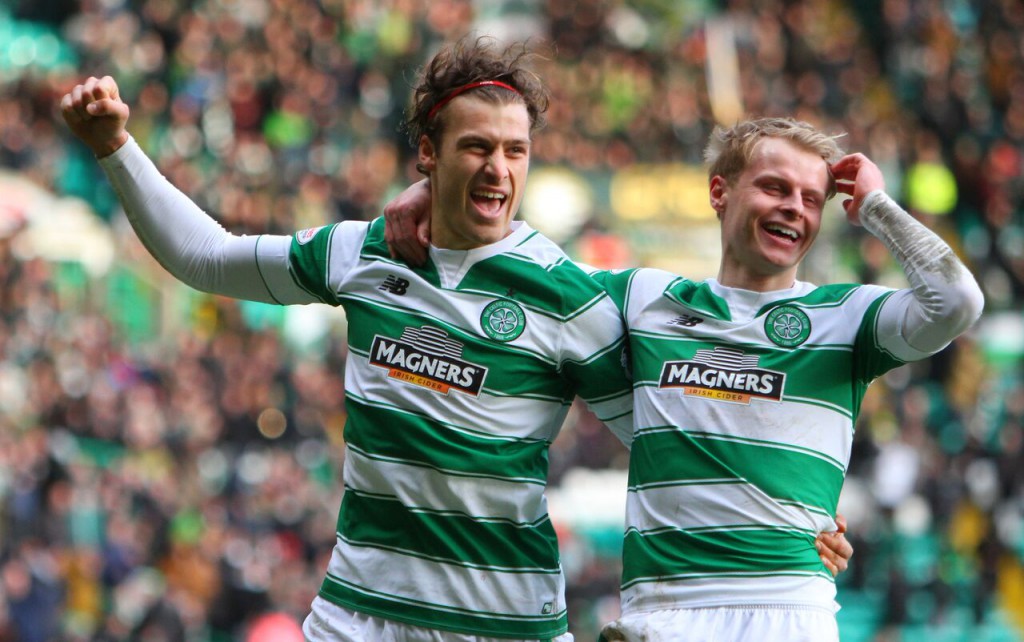 “But there is no point worrying about what happens in the future. We have to be in the present and do our best here and now.’

Sviatchenko, who has teamed up with Dedryck Boyata in the last three games which have seen successive clean sheets against East Kilbride, Ross County and Inverness Caley Thistle, added: “Everyone wants to have a great defence.

“Some people say if you want to win trophies, it’s the defence which wins the trophies.

“Obviously, everything comes from a compact defence. It takes time. I am new in the squad and everyone has to cope with me and I have to cope with the boys.

“But so far I am seeing progress. That’s a positive thing and we have to think like we can be better in all areas.

“Training in Denmark, I wanted to be a player who could play abroad. Not just in Denmark.

“Do that and things will be great. We will be successful in Europe, as well.”