Celtic Quick News on News Now
You are at:Home»Latest News»‘KT FOR SCOTLAND,’ DEILA
By CQN Magazine on 24th February 2016 Latest News
RONNY DEILA is convinced teenage defender Kieran Tierney is ready for the step up to the Scottish international set-up.
Gordon Strachan will name two squads for the forthcoming friendlies against the Czech Republic and Denmark next month.
And the Norwegian is urging the former Celtic boss to consider a place for his 18-year-old left-back who has now made 20 first team appearances since taking over from fans’ favourite Emilio Izaguirre this season.
The Isle of Man-born player, who has already been capped four times at Under-19 level, has hugely impressed his Hoops gaffer with his cultured performances since making his breakthrough. 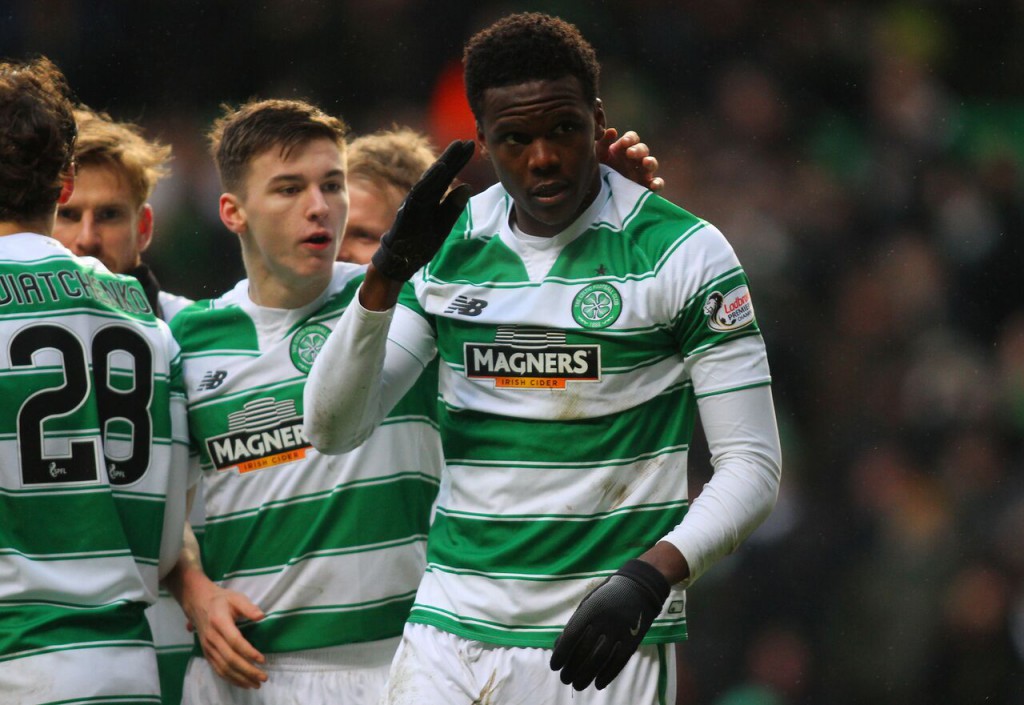 Deila said: “He is so unusual in many ways. Nowadays, you tend to find that players who have come through in that full-back role want to get forward all the time.

“They do not give so much thought and attention to defending, to doing the hard work – some of which nobody really sees.

“But KT is different in that he is sound defensively, but he also gives us so much going forward.

“I think he would love to find his name on a list for a Scotland call-up. I think he is ready for it.

“And I believe he will play at that level for his country sooner rather than later, but, of course, it is up to Gordon to make that call, not me.

“He does not need me to do his job for him. However, Kieran has played well in Europe for us this season and has never looked out of his depth.

“Kieran is a player we believe we go to the very top level. He is 18 and he will keep getting better and better and part of that is that he has this unbelievable desire to learn and improve.

“When I first put him into the team I thought he was ready. I had seen him get a little bit of game time and we had seen him in training, but you never can be certain that it will be the same in games.

“I wouldn’t say that it has surprised me how consistent he has been because we recognised what he has, but we have been so pleased because he looks very comfortable there.”

Scotland are due to play the Czechs in Prague on March 24 before hosting Denmark five days later.
————————————–
CQN SPECIAL OFFER!