Celtic Quick News on News Now
You are at:Home»Latest News»CONFIDENT (DESPITE THE CRISIS) DEILA
By CQN Magazine on 2nd November 2015 Latest News
CELTIC boss Ronny Deila reckons his players have rediscovered their confidence after the mauling in Molde.
He also believes the squad have emerged as a closer and better group who are ready “to fight for everything”.

The Norwegian has endured a rough time recently which began with the 3-1 Europa League defeat followed by unwarranted criticism aimed at him from, among others, Alex Macleish, Davie Provan and Andy Walker.

Plus the bust-up between Nadir Ciftci and Emilio Izaguirre last week would not have lightened his mood.

However, the Hoops gaffer insisted the runaway 3-1 win over Aberdeen proved that his squad have not got over the disappointment of losing to Molde, who they face against at Parkhead on Thursday.

Ronny Deila said: “Of course, we want to win all the time, but we will always meet challenges and how you deal with them is the most important thing.

“If we do it in the right way, as we have, then we will be even more united and get stronger as a group.

“I have been really impressed by the way the boys have bounced back and showed that we are a team who really should get credit and one that is ready to fight for everything.

“I think we are more confident. You could see that when we were on the ball against Aberdeen.

“It has been tough coming back from the performance in Molde and all the things that happened around it.

“When you solve these problems in the right way and people get focused to what we need for the future, all you need then is confidence and that is coming with good results.

“I was really pleased with how we played on Saturday. It was entertaining to watch. When we want to attack and when we do it together, then it is hard to stop us.

“It was a great end to the week. It was incredibly exciting to be a part of that performance.” 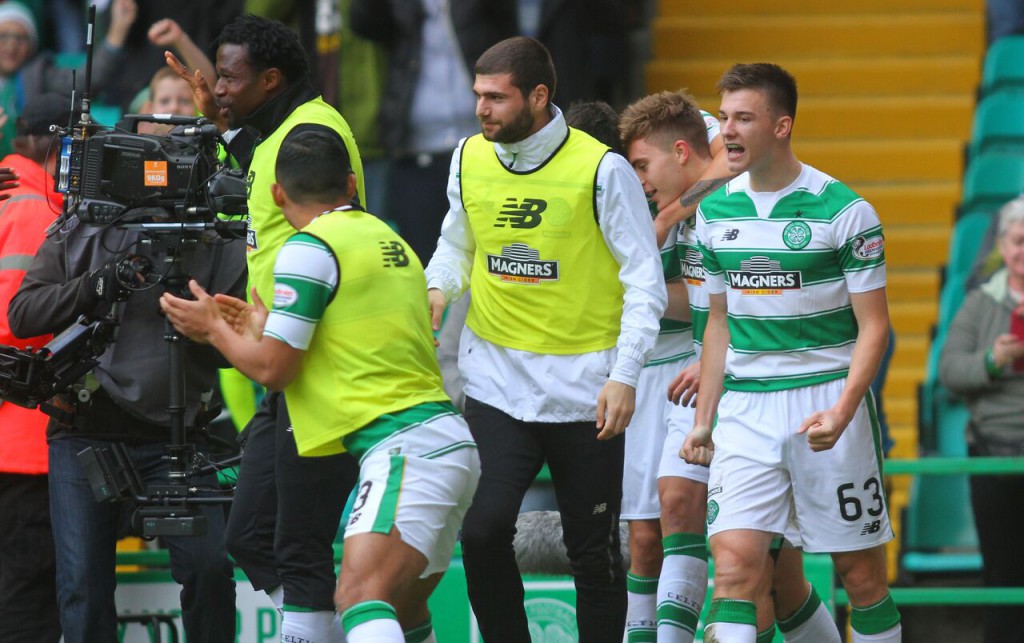 Kieran Tierney again impressed at left-back, his best moment coming just before half-time when his cross perfectly picked out Leigh Griffiths for the game’s first goal.

However, Deila was quick to acknowledge that Emilio Izaguirre still has a part to play although he will find it difficult to leave out the 18-year-old for the Molde match.

Deila said: “I have watched KT in training for a long time so I expected his performance. This is nothing new for us. It is no surprise.

“He is already playing at a high level and we are lucky to have two very good left-backs.

“Of course, he has a chance of starting on Thursday. But no matter who we start with we know he is going to be good.”

Scott Brown will not be fit for the Europa League match and Celtic will find out today whether defender Jozo Simonovic, who limped off in the second-half of Saturday’s win, will be okay to start.

—————————————————————
If you enjoyed Caesar & The Assassin then you’ll love The Winds of Change. If you watched Celtic during the period from 1991-2005 you will not want to miss this action packed, fast moving roller coaster of a book that will leave you breathless.
From Liam Brady’s side kicking off at the start of the 1991-92 season to Martin O’Neill’s last game in charge at Hampden for the 2005 Scottish Cup final, The Winds of Change takes you through the enormously significant events in our club’s incredible history. Coming very soon from CQN….