LEIGH GRIFFITHS has returned to Celtic after his three-month lay-off through to “personal issues”.

The 28-year-old Scotland international striker faces fitness and performance work before he can be conisdering for a first-team comeback.

Fans’ favourite Griffiths checked into rehab in December as he took a complete rest from football.

A club statement stated: “Leigh will be working at Lennoxtown, in conjunction with the club’s medical and sports science staff, with a view to returning to training with the first team in the future.

“The ultimate aim for both Leigh and the club is for Leigh to get back to training and playing with the first team, but that will take time.” 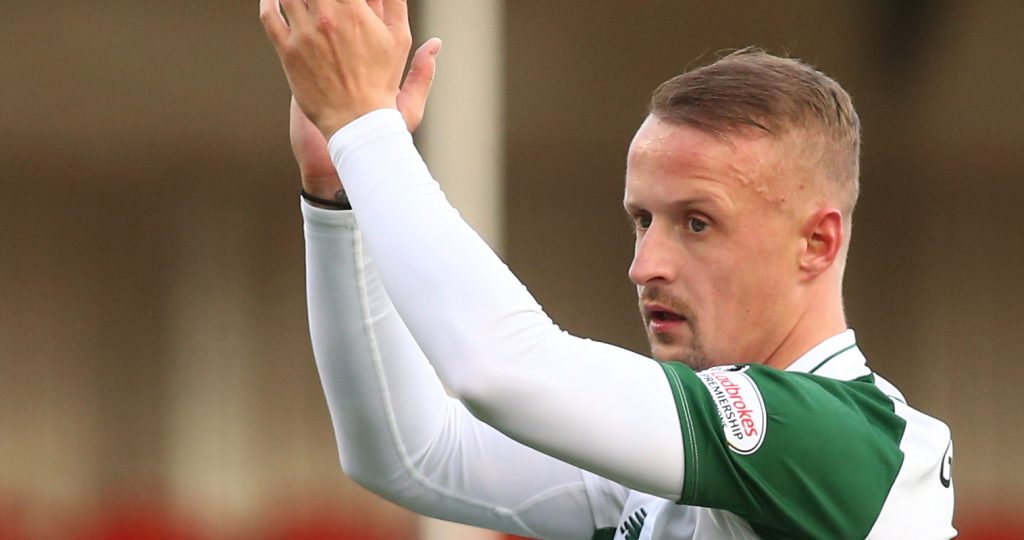 SHOW OF HANDS…Leigh Griffiths is looking forward to returning.

Interim Hoops boss Neil Lennon, speaking to the club website, said: “We are really pleased that Leigh will be looking to get things going again at Lennoxtown and be making a phased return to training.

“In no way will we put any timescale on a possible return to the first team. Instead, we will make sure we work with him on the best, most productive way forward.

“He will really be focusing on his own programme at the moment and then we will see what progress we make from there.

“We will not rush him in any way and we will allow him, of course, to take things slowly and at the pace he is comfortable with.

“As the club has been doing throughout the last period, we’ll continue to give Leigh every support to make sure that his health and well-being are our number one priority.

“We’ll work with him to ensure he has everything he needs to give him the chance to get back to where he was, but understanding totally that he will need time and space.

“It will be great to see him back, even at this very early stage, and we’ll make sure we give him our total support.”

WALLOP…Leigh Griffiths thumps in a free-kick against Hamilton Accies in November.

Griffiths added: “I’d like to thank everyone for showing me such support across the past few months.

“I am so grateful to the club for everything they have given me and the way in which they have supported me so strongly.

“The Celtic supporters, too, have been a huge source of inspiration and strength for me and I want to thank them all sincerely for staying with me. I know it will be a long road back but I am ready to do all I can to get there.”

Griffiths netted his 100th goal for the club in the 3-0 Europa League play-off against FK Suduva at Parkhead in August.

He has claimed only six strikes in a testing campaign, the last coming in the 3-0 victory over Hamilton Accies on November 24 with a trademark free-kick.

Steven Gerrard is poised to bring his Ibrox players across the Clyde on Sunday for the meeting with the champions and Griffiths played in the confrontation earlier in the season when the Hoops won 1-0 with a goal from Olivier Ntcham.

The former Dundee, Wolves and Hibs frontman replaced Odsonne Edouard during the second-half.

The French ace has had to accept the challenge of being the team’s main man during the absence of the Scot plus the £19.8million departure of Moussa Dembele to Lyon hours before the end of the August transfer deadline.

The club brought in Vakoun Issouf Bayo in a £2million deal in January, but the Ivorian international has played only five minutes of first team football so far.

The return of a focused Griffiths will be welcomed by the club, his team-mates and the supporters.