JAMES FORREST celebrated his first start since September with the breakthrough strike in the 3-0 Scottish Cup victory over Falkirk at Parkhead yesterday.

It was the Celtic winger’s first goal for the club since his rare headed winner against St Mirren in Paisley on September 16.

Forrest had been forced onto the sidelines after undergoing ankle ligament surgery following the Europa League qualifier in Riga eight days after the 2-1 victory over Jim Goodwin’s outfit.

Now the 29-year-old talisman wants to make up for lost time on the home front with the holders looking to make another bit of history with a fifth successive triumph in the national competition which they won five days before Christmas with the spot-kick victory over stubborn Hearts to seal the extraordinary quadruple treble.

But the forward has also set his sights on this summer’s European Championship Finals after missing Steve Clarke’s side qualifying for a major tournament for the first time since the World Cup Finals in France in 1998 with a play-off win in Serbia. 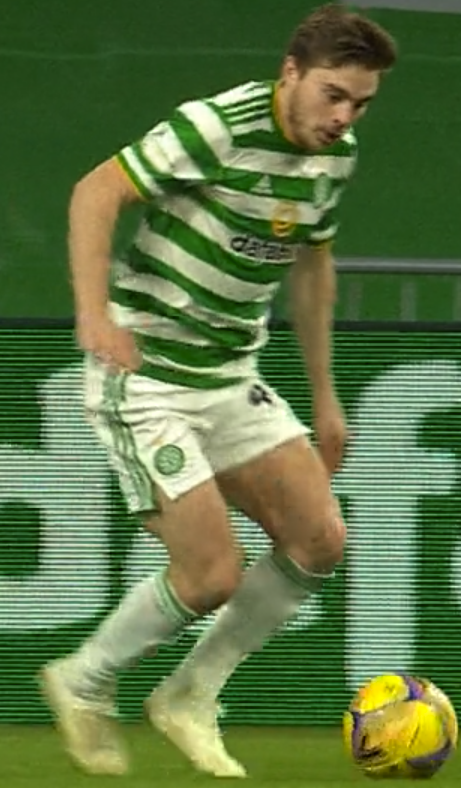 GREEN FOR GO…James Forrest in action against Falkirk yesterday.

After a couple of substitute appearances, interim boss John Kennedy gave the player the green light to start against the League One leaders in the third round tie and he responded with the first goal before Ryan Christie and Mohamed Elyounoussi added the others.

Scotland take on the Czech Republic, England and Croatia in the Euros in June and Forrest said: “Ask any player and they will tell you they want to be involved this summer.

“Everyone’s buzzing and I have been part of it for so many years.

“You need to be performing, but I definitely want to be involved.

“There’s no hiding that. I just want to play as many games as I can between now and the end of the season and try as best as I can to get in the squad.”

Looking at his 74-minute display against Falkirk before he made way for Elyounoussi, Forrest, speaking to STV, added: “I came on in the last couple of games, but it feels great to start and to top it off with a goal was great.

“Since the turn of the year I’ve been training hard and I’ve felt my fitness levels get back up. That’s definitely helped me.”