Celtic Quick News on News Now
You are at:Home»Latest News»ELYOUNOUSSI: NOW YOU SEE ME…
By CQN Magazine on 18th June 2020 Latest News

MOHAMED ELYOUNOUSSI has returned to training with Celtic as the champions prepare for the tilt at ten.

However, it is doubtful the Norwegian international forward, who spent last season on loan from Southampton, will kick a ball for the champions in the new campaign.

The Morocco-born left-sided attacker joined his Saints team-mate Fraser Forster at Lennoxtown as Neil Lennon’s men geared up for the Premiership campaign that is scheduled to kick off on August 1.

The Hoops gaffer has already said he would like to keep both players at Parkhead for a crucial season, but the south coast club have been reported to be pricing the double-act out of the title kings’ reach, according to the Scottish Sun. 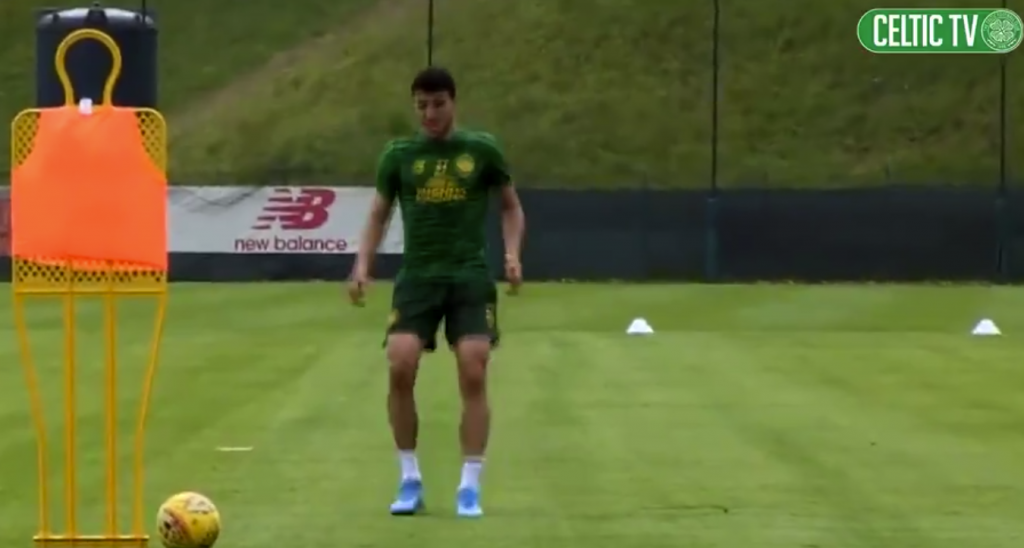 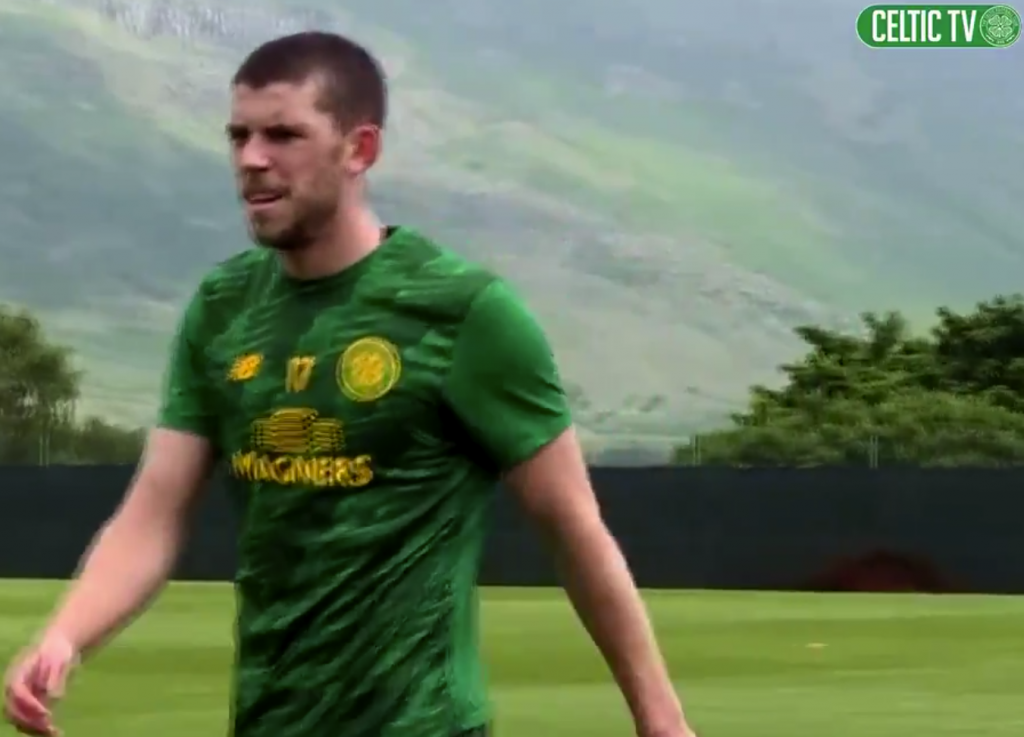 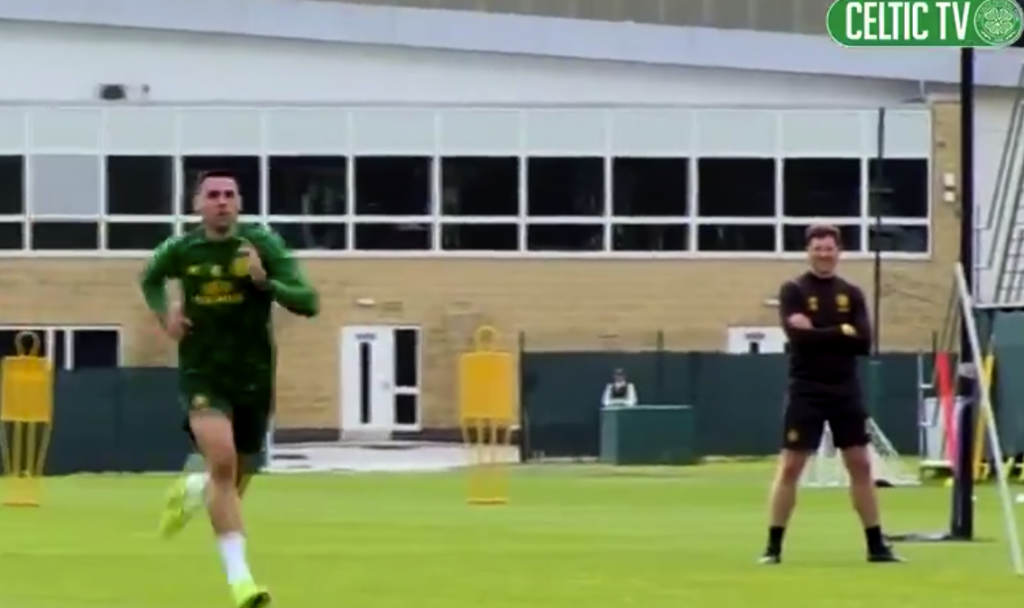 ON THE RUN…Tom Rogic goes through a routine. Pictures courtesy Celtic TV.

Elyounoussi was at the training ground yesterday as he worked out in a group consisting of Odsonne Edouard, Tom Rogic and Ryan Christie while the club observed Scottish Government guidelines on social distancing.

The player’s loan deal expires at the end of the month with the former Molde and Basel star, who cost the Premier League club £16million when he joined in June 2018, ready to rejoin his parent club.

The English side want a return in their initial financial outlays on both Forster, who still has two years to run on a lucrative deal to run, and Elyounoussi.

Chelsea boss Frank Lampard, who had goalkeeping problems throughout his debut term in charge of the Stamford Bridge club, has been linked with a move for the one-time England international No.1.

Lennon, though, will do everything he can to swing a return to Glasgow for the towering shotstopper.

Elyounoussi, on the other hand, could turn out to be the one who got away.