COMEBACK Bhoy James Forrest has admitted he was “gutted” when Neil Lennon departed Celtic 16 days ago.

The Scotland international winger was on the outside looking in when the faltering champions collapsed to an awful 1-0 loss to Ross County in Dingwall on the Sunday evening before the Irishman’s exit 48 hours later.

It was Lennon who introdcued a teenage Forrest to the Hoops top side in May 2010 during his first stint as manager.

The player became a mainstay during the reigns of Ronny Deila and Brendan Rodgers before the Irishman returned in February 2019.

However, Forrest, now 29, could play little part in the gaffer’s final campaign as the nine-in-a-row champions inexplicably came off the rails in the bid for a tenth successive crown and a coveted place in the history books.

The one-club man sustained a stress fracture of an ankle the the European tie against Riga in September and only made his comeback late in the second-half of Sunday’s dismal goalless draw against Dundee United at Tannadice when an era of domestic domination officially came to a halt.

Forrest said: “Neil was my first manager, he brought me through and had a great spell here the first time.

“Then he came back and it started off so well. Obviously, in the last few months I never got to play under him.

“It’s been a hard time for everyone. I was gutted to see him go and I wish him all the best.” 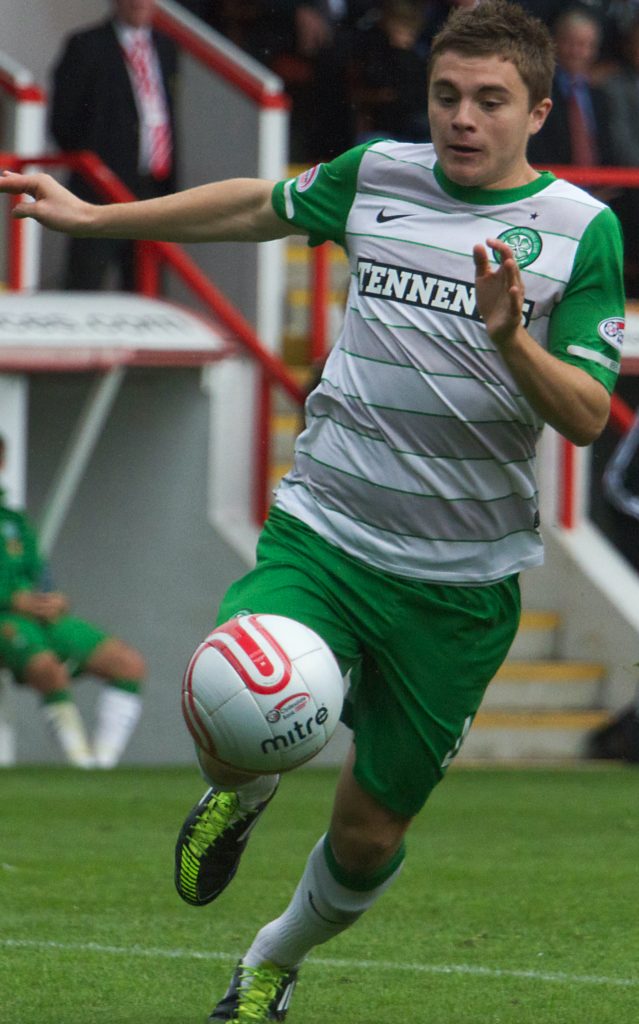 TEENAGE KICKS…James Forrest in his early days in the Celtic first team.

Forrest was only on the Tayside pitch for 12 minutes, but admitted: “I was absolutely delighted to get some minutes.

“I can’t even describe how it felt. It’s been such a long time. I was delighted to be back training with the boys over the last 10 days or so and get back out on the pitch.

“It was a great feeling and I just want to keep continuing my comeback, get more training under my belt and, hopefully, get more games, as well.”

Forrest, speaking to Celtic TV, added: “I was in a boot for a couple of weeks to try and let it settle down. I came back and tried to do gym work and it was still not healed.

“I ended up having to get an operation, six weeks on crutches and then it was just starting from the very start again.

“It’s been difficult, but I think loads of players go through different injuries, bad injuries, in their career and this has definitely been my worst ever one.

“The hardest part was just after my operation.

“I would be in Lennoxtown at different times from the rest of the boys. There were a lot of away games at the time and their days off were different from mine, so I went a good couple of months not seeing much of them.

“As it went on and I started training outside and was in amongst the team more. That made me feel a lot better and keeps you going through your rehab.

“Credit to the staff here, they’ve been on it every day. The physios invested a lot of time in helping me and getting me back. It’s a credit to them.”

Interim boss John Kennedy will now have to decide if he believes Forrest is up to the rigours of a derby when Steven Gerrard’s Ibrox side are scheduled to visit Parkhead a week on Sunday.