Celtic Quick News on News Now
You are at:Home»Football Matters»HOOPER MOVES SCUPPERED
By CQN Magazine on 2nd September 2015 Football Matters
OLD Bhoy Gary Hooper, again linked with a return to Celtic during the August transfer window, had a loan move to Fulham scuppered yesterday.
The striker, who quit the Hoops in a £5.5million deal for Norwich City in the summer of 2013, looked poised to join the Craven Cottage outfit and was lined up for a medical at the London club.
But the Carrow Road side’s failure to land a new frontman before England’s 6pm deadline derailed the proposed move for the player who netted 82 goals in 138 games for the SPFL champions after joining from Scunthorpe in a £2.4million in 2010.
Sheffield Wednesday and Middlesbrough had also been linked with the 27-year-old goalscorer, but Alex Neil’s inability to bring in another forward meant that Hooper and Lewis Grabban – who was wanted by his former club Bournemouth – have been forced to stay put.
Hooper’s wish to quit the East Anglian club might have been activated if Norwich hadn’t loaned Dutch striker Ricky van Wolfswinkel to Real Betis the previous day. 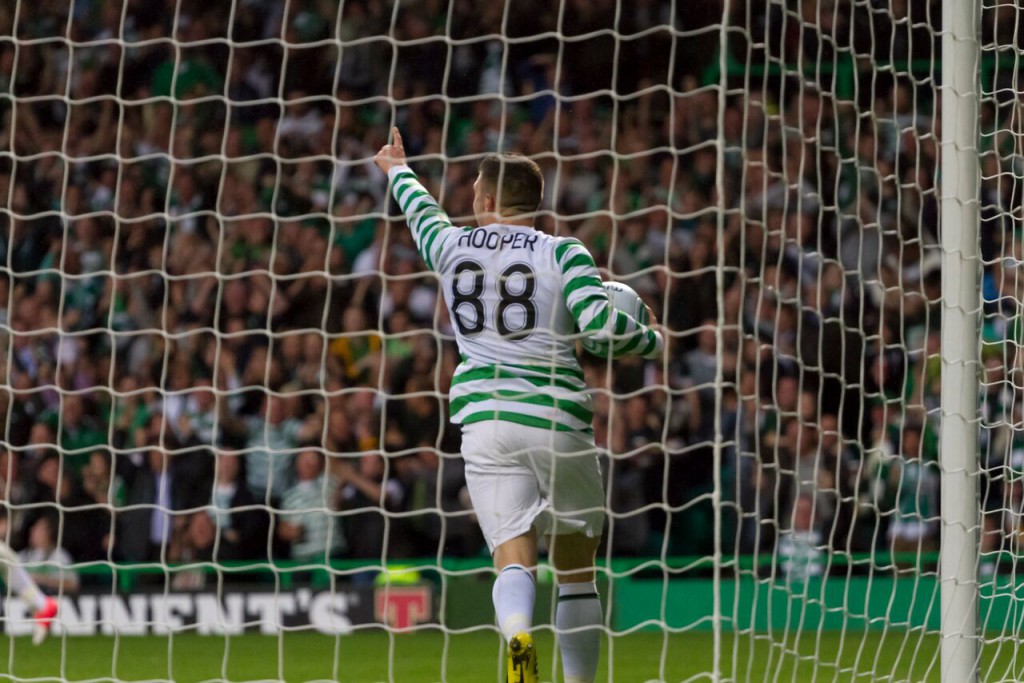 Fulham must now decide whether to renew their interest – and see if the Canaries are willing to let him leave – next week, when Football League clubs are able to make loan signings again.

It looked likely that Hooper would be heading to Sheffield Wednesday but the ex-Celtic player turned down the chance to join the Championship side   on a season-long loan because Wednesday refused to give him a VIP box for his family to watch him play.

Wednesday agreed to pay Hooper’s wages in full, in excess of £35,000 a week, plus a £500,000 loan fee to Norwich, but Hooper backed out of the deal, as The Owls refused to gift him a VIP box, worth around £30,000 a year, according to reports in the local Sheffield newspaper.

Without the use of a VIP box for Hooper’s family and friends on matchdays, the striker decided against the move and will now stay at Carrow Road, unless something is sorted with Fulham.

With Sheffield Wednesday able to offer such a package, it really is a message to Celtic to look elsewhere for players, especially strikers. England is a mad-house.