Celtic Quick News on News Now
You are at:Home»In Pictures»IN PICTURES: SMILES IN PARADISE
By CQN Magazine on 20th May 2019 In Pictures

IT was another day of celebration in Paradise yesterday as Celtic won their FIFTIETH Scottish League crown.

Neil Lennon’s men overcame Hearts 2-1 to make sure of the Hoops’ eighth successive title during a spectacular period of domination in domestic football.

The team are now a mere 90 minutes from making awe-inspiring history with an achievement which will surely never be broken – the stupendous feat of the treble treble, nine pieces of silverware in a row.

The Parkhead outfit also have their eyes on making it a hat-trick of Scottish Cup triumphs – remarkably something they have never managed before in their illustious adventures in the national competition.

Two seasons ago, Wizard of Oz Tom Rogic waltzed through the Aberdeen defence to slide a late winner beyond keeper Joe Lewis and last term two first-half efforts from Callum McGregor and Oliver Ntcham were good enough to shoot down Motherwell’s resistance.

Now Craig Levein’s Tynecastle side stand between the holders and a breathtaking unprecedented feat.

But, as was proved on and off the field yesterday, Celtic are smiles better.

CQN‘s ace lensmen were at the ground before, during and after the action to capture some magical moments. 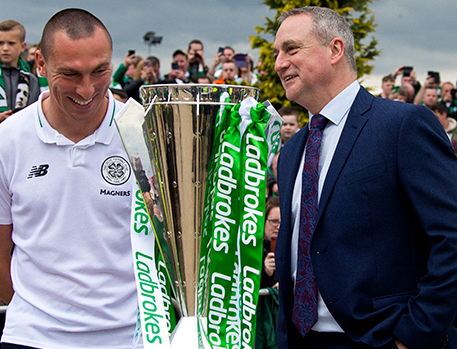 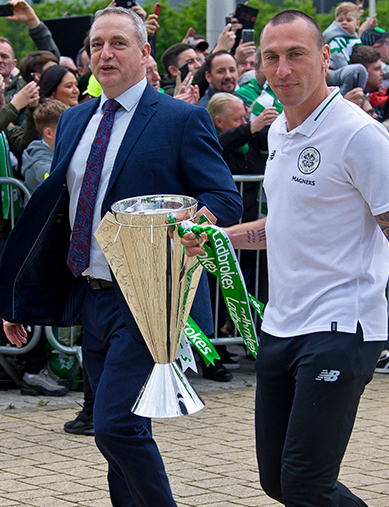 THE CELTIC WAY…the trophy is in good hands with Paul McStay and Scott Brown around. 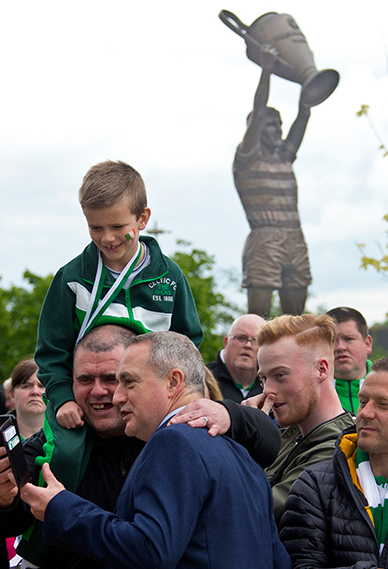 THE MAESTRO AND CAESAR…Paul McStay takes a selfie with the statue of Billy McNeill in the background. 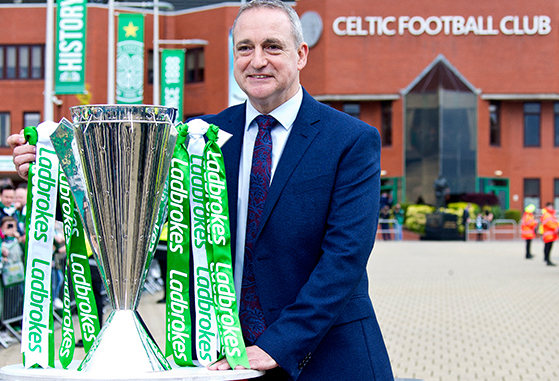 PRIZE GUY…Paul McStay and the Premiership trophy on The Celtic Way before the action kicked off. 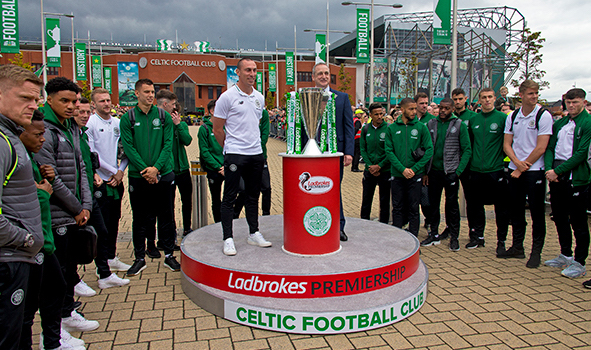 THE JOY BHOYS…Scott Brown, Paul McStay, the Celtic players and backroom staff with the silverware. 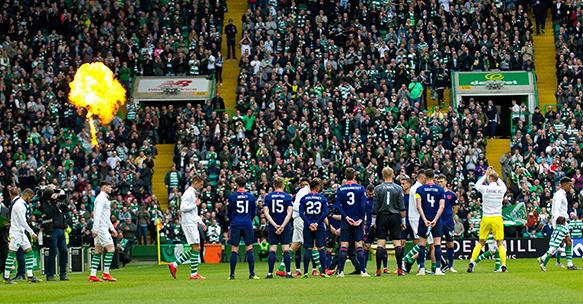 GUARD OF HONOUR…Celtic take to the field with Hearts players lining up. 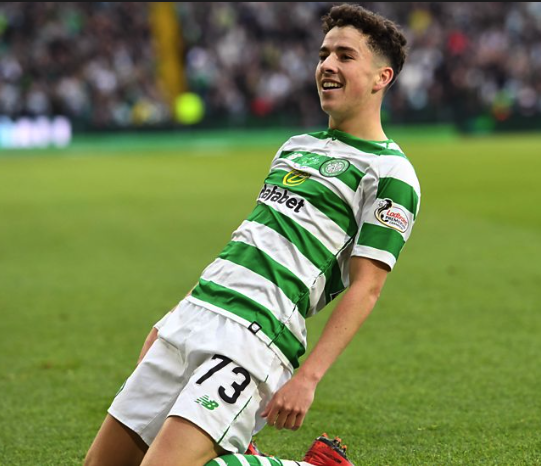 HANDS, KNEES AND HOOPS-A-DAISY…Mikey Johnston slides along the turf after netting his second goal. 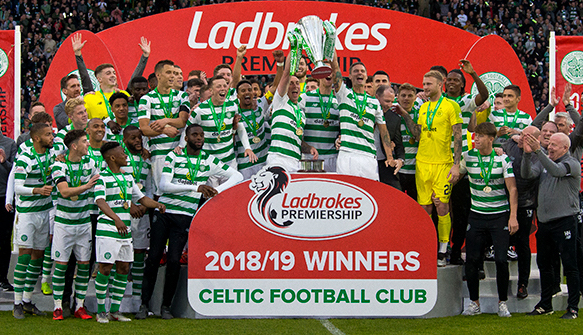 THE CHAMPIONS…Scott Brown and Mikael Lustig share the joy. 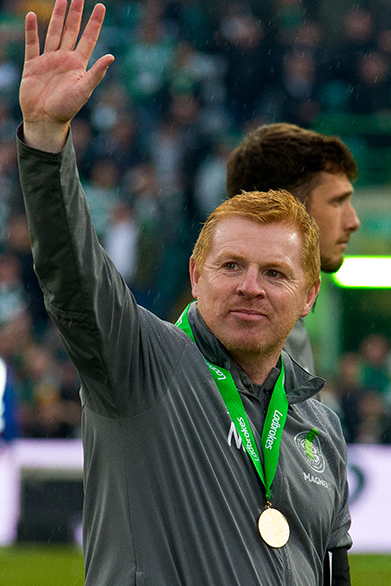