CHRISTOPHER JULLIEN admits he felt “pain” for his Celtic team-mates after the disgraceful scenes at Parkhead on Sunday night.

An unruly mob gathered outside the stadium to vent their anger and hurl insults at manager Neil Lennon and the players following the shock 2-0 Betfred League Cup exit against Ross County.

The French defender insisted no-one deserves to be treated in such a despicable manner, especially after the club’s nine successive titles and the fact they are only 90 minutes away from the historic quadruple treble when they take on Hearts in the delayed Scottish Cup Final at Hampden on December 20.

Jullien, who arrived in a £7million switch from Toulouse in the summer of 2019 to replace the departing Dedryk Boyata, is adamant the club WILL win their tenth successive championship, despite trailing Steven Gerrard’s Ibrox outfit by 11 points, although they do have two games in hand. 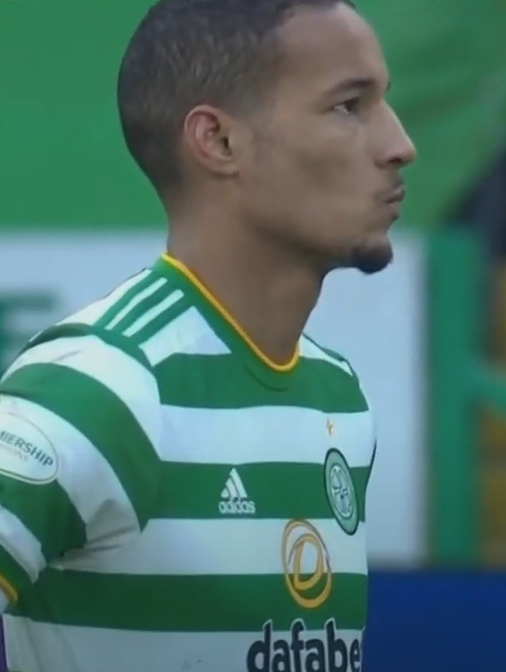 The towering centre-back, speaking to the Daily Record, said: “It was not scary for me. That’s football and, as a player you can’t control that sort of stuff.

“Even so, I was a bit hurt for the manager and for players like Broony, Callum, Tom and Jamesy, people who had been there for the last nine years. I felt pain for them because they definitely deserve to be treated better than that.

“How can you compare nine years of trophies against one month of losing? It’s not as though we’ve lost our main goal.

“Yes, our unbeaten Cup run has gone, but our top priority is far from finished.

“We know that this month is really important because we can make more history for the club in the Scottish Cup Final plus we still have a lot of games to play in the league.”

Lennon bore the brunt of the raging fans’ wrath as they screamed for him to be sacked, but Jullien had nothing but praise for his gaffer for the way he handled to deluge of over-the-top criticism and the unacceptable comments. 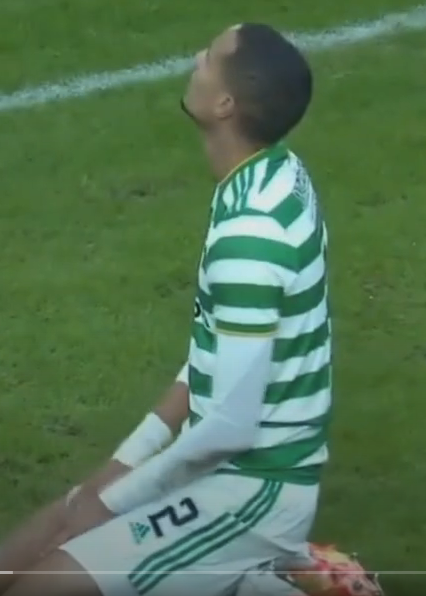 ON HIS KNEES…Christopher Jullien sits it out after the penalty-kick decision that opened the scoring for Ross County.

Asked if the boss had changed following the debacle, the French ace replied: “No, he has been unbelievable.

“He’s a great man and a great coach and I’m just so happy to have him on my side. He knows we all back him and that we’re all with him and that everyone at the club is behind us – this is the respect we have for each other and I’m glad it is that way.”

Jullien also responded to suggestions there appeared to be a division among the players with some said to be wanting out of the club.

He added: “I’ve never seen that in anyone. Every day we come in wanting to accomplish something, whether it’s to win the next game or trophies.

“Every day since I signed for Celtic, I see players who want to accomplish that. So, I don’t agree with your point.

“I understand the frustration, but we’ve had one month where we didn’t get the results we wanted. We’re as disappointed as anyone when we lose.

“We’re sad when we go home and there are nights we don’t sleep because we’re thinking of how much better we can be.

“But I’ve never seen one person come to training with their head down, they come in wanting to improve themselves after a bad game.

“This streak has to come to an end. We will come back and I hope everyone around Celtic knows that when we come back to the form that we are supposed to be in then everything is going to be fine.”