Celtic Quick News on News Now
You are at:Home»Latest News»KARAMOKO COUNTDOWN
By CQN Magazine on 10th May 2022 Latest News

KARAMOKO DEMBELE has only two games remaining to make his first appearance in a Celtic starting line-up – after being tipped to be a sensation three years ago.

The 19-year-old winger is out of contract in TWENTY-ONE DAYS’ time and will be a free agent unless both the club and player agree a contract extension.

Karamoko, who has made 10 substitute appearances and scored his only goal in the 4-0 win over St Johnstone in the final game at Celtic Park last season, is hoping to get a chance to show what he can do tomorrow night against Dundee United at Tannadice and Motherwell at Parkhead on Saturday. 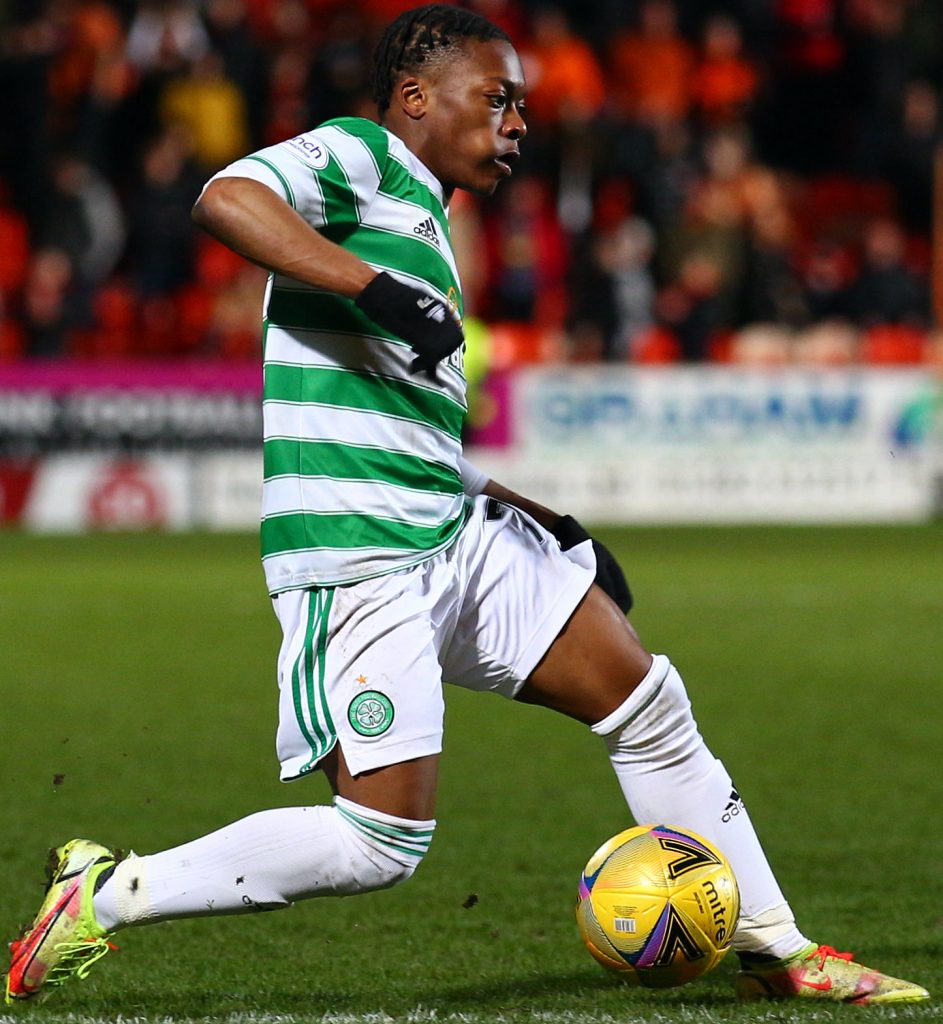 ON THE BALL…Karamoko Dembele in control during his substitute’s appearance at Tannadice in March.

Coincidentally, his last outing in the top side came against Tayside outfit when he came on in the 75th minute for James Forrest in the 3-0 Scottish Cup quarter-final win in March.

London-born Karamoko, who was brought up in Glasgow of Ivorian parents, was involved in the third goal against United when Giorgos Giakoumakis finished off an effort from the teenager.

Amazingly, that could be the final contribution from the talented and highly-promising youngster who emerged during Brendan Rodgers’ reign and carried through Neil Lennon’s second spell in charge.

Unfortunately, he was severely injured in the goalless pre-season game at Bristol City in July which forced him onto the sidelines for a lengthy period.

Now it is make-or-break time for Karamoko and Celtic as the clock ticks down on his contract.