JOHN KENNEDY reckons a Celtic team at full throttle WILL see off Steven Gerrard’s side at Ibrox on Sunday.

The Hoops’ interim manager has taken some flak for comments stating the Parkhead outfit were “the best side in the country” and he insists they were taken out of context.

Kennedy hailed his side after the runaway 6-0 success over Livingston at the weekend when they clicked into a higher gear as they prepared for the Scottish Cup fourth round encounter in Govan.

The Ibrox outfit’s left-back Borna Barisic called the remarks “disrespectful” and “a joke”.

The caretaker gaffer said: “People go and make a story and a headline out of it while taking the comment out of context.

“I was referring to the Cup game and on our day we can still be the best performing team in the country because we have that level in us. So, that’s purely what it is. 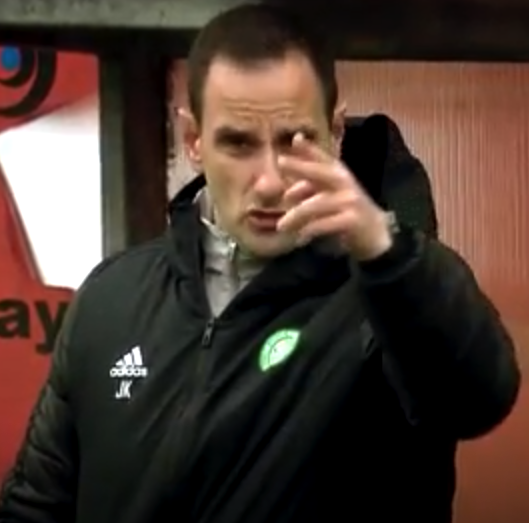 “Several times in the last few weeks I have commented on Rangers thoroughly deserving to win the league because they have been the most consistent team.

“They have racked up the most points and been the most consistent with their performances. I have shown full respect to Rangers for what they have done.”

Kennedy, speaking to the Daily Record, added: “I’m entitled to say that, on any given day, especially going into a Cup-tie against Rangers, that I fancy us, on our day, to come out on top.

“To bring a bit of clarity to that, Rangers deserve to be the champions this season because they have been more consistent than us.

“But, come the Cup game, if we hit top gear and perform well, I fancy us to go and win the game.”

Sunday’s head-to-head will be the fourth meeting of the Glasgow rivals in a wretched campaign for the Hoops who blew the opportunity of claiming a historic tenth successive title.

Former boss Neil Lennon, who departed the club in February, saw his side go down meekly 2-0 in the east end of Glasgow in October and lose unluckily at Ibrox on January 2, the game changing on the hour mark when Nir Bitton was red-carded followed shortly by an own goal winner from Callum McGregor.

With Kennedy in the dug-out, Mohamed Elyounoussi at last scored for the Hoops last month in the 1-1 draw at Parkhead where, once again, the home side dominated for most of the game without taking advantage of their superiority.

We can only hope that changes on Sunday afternoon in Govan.