Celtic Quick News on News Now
You are at:Home»Latest News»NEUER OUT OF BOTH CELTIC EURO TIES
By CQN Magazine on 20th September 2017 Latest News

BAYERN MUNICH have confirmed keeper Manuel Neuer is OUT of the Champions League double-header with Celtic next month, as CQN reported yesterday.

The 31-year-old Germain international No.1 has undergone surgery after sustaining a broken left foot for the third time this year.

Bayern face the Hoops in Munich on October 18 with the return taking place in Glasgow a fortnight later.

Neuer originally suffered a hairline fracture to a metatarsal in March, but soon returned to action after a minor operation which saw a screw inserted into his foot.

Neuer finally returned to action in Bayern’s 2-0 win over Werder Bremen on August 26, following 133 days on the sidelines.

However, the German international pulled out of training on Monday complaining of a problem in his foot once more.

He was immediately examined heading to hospital yesterday morning for a final scan that confirmed he had once again cracked his metatarsal. He will be out for the remainder of the year.

Meanwhile, James Rodriguez impressed on his first start for Bayern as the Bundesliga champions returned to top spot with a 3-0 win at Schalke last night.

The Colombian international, signed on a two-year loan from Real Madrid, scored one goal and was involved in the others as his side continued to ease the pressure on boss Carlo Ancelotti.

The Italian came under fire after a recent loss at Hoffenheim, but this result means the team have responded by scoring 10 goals without reply in their last three games. 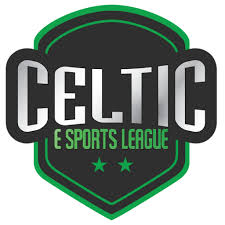 Scottish football clubs Hibernian and Hamilton Academical are amongst the first Scottish football clubs to step into the world of esports.
Esports, there can be no more denying how popular and successful they have become. Many have dismissed esports calling them a passing fad but the popularity continues to grow and the business of esports is booming.

It is predicted that by 2020, total esports revenue will reach $1.5 billion with a viewing audience of 385 million – judging by these figures, it is no wonder that many industries, businesses and sports teams want to buy into the esports gravy train.

Football teams have begun working with esports. As aforementioned, Scottish football club’s Hibs and Hamilton Academical have created their own esports teams. Thanks to the ever growing popularity of console game FIFA 17/18, FIFA, as an esport, has become a very attractive marketplace for real football clubs to invest into.

Top European clubs such as Manchester City, Roma, Valencia and Wolfsburg have all set up their own esports teams. Most clubs recruit a pro FIFA player in order to have that player represent the club at various FIFA esports events, leagues and tournaments. Football clubs want to market their clubs to new audiences and they see esports as the perfect way of doing this. The average esport fan is a millennial so it is a great demographic for football clubs to market to. Especially given the fact that millennials, on the whole are a hard audience to market to.

The Celtic esports league consists of football clubs from Scotland, Ireland, Wales, Northern Ireland and England.
The game of choice is FIFA 17 (soon to be FIFA 18) and the esports professionals of each club battle it out against each other in a league format.

The live league matches themselves can viewed online via the primary esports viewing and streaming platform – Twitch. Twitch streamed both the FIFA 17 Ultimate Team Championships and the 2017 FIFA Interactive World Cup – tournaments where the winners took home $160,000 and $200,000 respectively.

The Celtic Esports League was created by Geoff Wilson and Trev Keane and Keane is confident that FIFA, as an esport, can become one of the most popular esports out there.

“I think it has made huge strides over the last 12 months,” states Keane.

“It may take a few years but yes. EA are dedicated to growing it and there is appetite in clubs to get involved so with their audience the numbers will grow more.”

Keane also expects that the Celtic Esports League will be picked up by a major sports channel.

Professional FIFA athlete, Graham McIntyre, who competes for Hibs in the Celtic Esports League agrees with Keane that the FIFA esports scene can carry on growing in popularity. McIntyre also believes that football clubs and esports working together can benefit both parties, he says:
“It depends on how involved the club gets, if they want it to work it will benefit both parties. It’s good to bring something new into the club and esports seems to be another way of investment. Plus, it’s good for the advertisement of sponsors.” 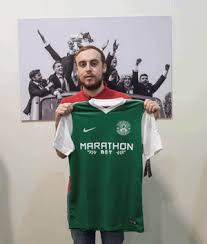 For the moment, FIFA Ultimate team is the game mode of choice for FIFA esports. EA are working hard in order to establish FIFA as an esport. FIFA 17 began the games esports journey and EA are hoping that FIFA 18 will be a huge stride forward for the game as an esport. FIFA 18 is set for worldwide release next week.

In a similar way to real sports, audiences of esports are able to bet on the outcome of esports matches, leagues and tournaments. The esports betting market is already worth over $1 billion as more and more betting websites offer esports betting as an option.

The other clubs involved in the league are: Crusaders, Dundalk, Linfield, Shamrock Rovers, TNS and Wolverhampton Wanderers. Although, it is expected that more teams will be added to this lineup come October. 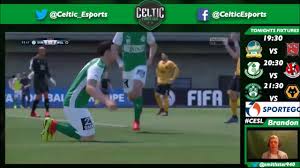