ANGE POSTECOGLOU was quick to praise EVERYONE for their hard work as he reflected on the overwhelming six-goal thrashing of St Mirren at Parkhead.

It was the second 6-0 mauling handed out to Premiership rivals following the earlier visit of Dundee and it was the Hoops’ sixth successive victory with 24 goals crammed into the opposition’s net.

David Turnbull took centre stage with his first professional hat-trick while prolific winger Liel Abada, looking a real bargain at £3.5million, paved the way for the landslide triumph with two goals, one with a blistering left-foot drive and the other from a header. 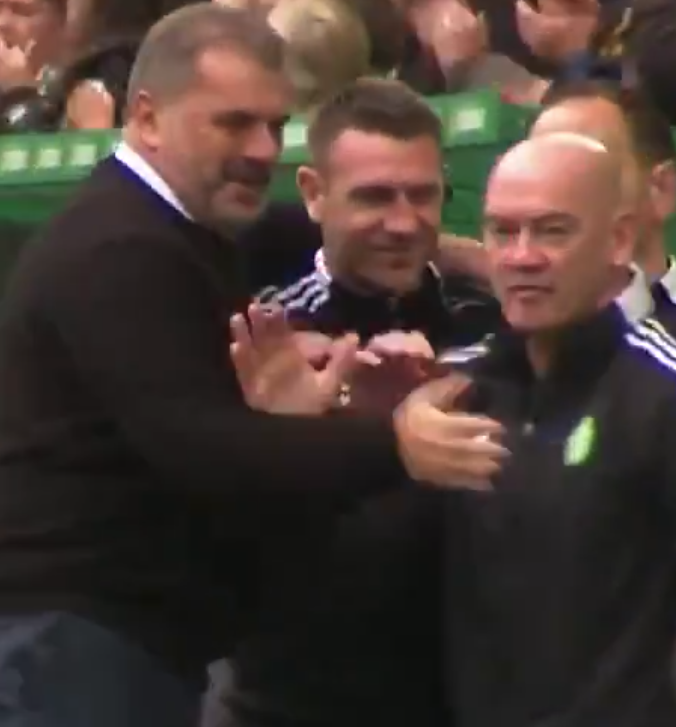 And Odsonne Edouard had to get in on the act when he nonchalantly rolled one past the overworked Jak Alnwick in the second-half. It was a procession in Paradise and the Paisley outfit didn’t help their cause with the deserved red card for Alan Power for a wild lunge at Turnbull on the left touchline when his side were already a goal adrift.

A beaming Postecoglou said: “We started really well, we kept them under pressure, we scored our goal, we had a couple of good chances and then the sending off helped us in terms of being able to control the game better.

NUMBER TWO…Abada’s header is on its way into the net.

NUMBER FOUR…Turnbull is on hand to knock in a close-range effort.

NUMBER FIVE…Odsonne Edouard sidefoots a rebound beyond the stranded Alnwick.

NUMBER SIX…Turnbull completes his hat-trick with a left-foot drive.

“But we still had to maintain our discipline. It was a good afternoon, the players still put in a good work-rate, good work ethic and we were still going for it right until the end. You don’t know how some players will react to it, but at the moment the players are thriving.”

The manager, speaking to the Celtic website, added: “We’re doing an awful lot of work, the staff are working really hard off the field with the players’ recoveries with getting everything they need in between games. We’re not training a lot and I think because of that, the players are feeling good going into games.

“Liel has been brilliant. Sometimes when you’re young you can shy away from being aggressive in these things, but he doesn’t. We got the rewards and I was pleased with him and David because we don’t want to rely on one or two to get the goals and we’ve got multiple threats.

“David has been great all along. He gets frustrated with himself because I think he measures himself on his goals and assists which is great, but, as I’ve said to him, if he keeps working the way he is, then all of those things will come to him. He was outstanding.”