PATRYK KLIMALA is ready to muscle in on the Celtic first team and play his part in firing Celtic into the history books.

The Polish striker arrived in a £3.5million deal from top-flight Jagiellonia Bialystok in January, but is still awaiting his first goal for the Hoops after only one start and three substitute appearances.

Klimala admits he struggled to provide a physical presence on the pitch and in training and was determined to address the problem during the weeks of lock down.

The 21-year-old frontman returned from his homeland looking like “a nightclub bouncer”, according to team-mate Callum McGregor.

The player bulked up and shaved his head to provide a completely different look from the new Bhoy who arrived at the turn of the year. 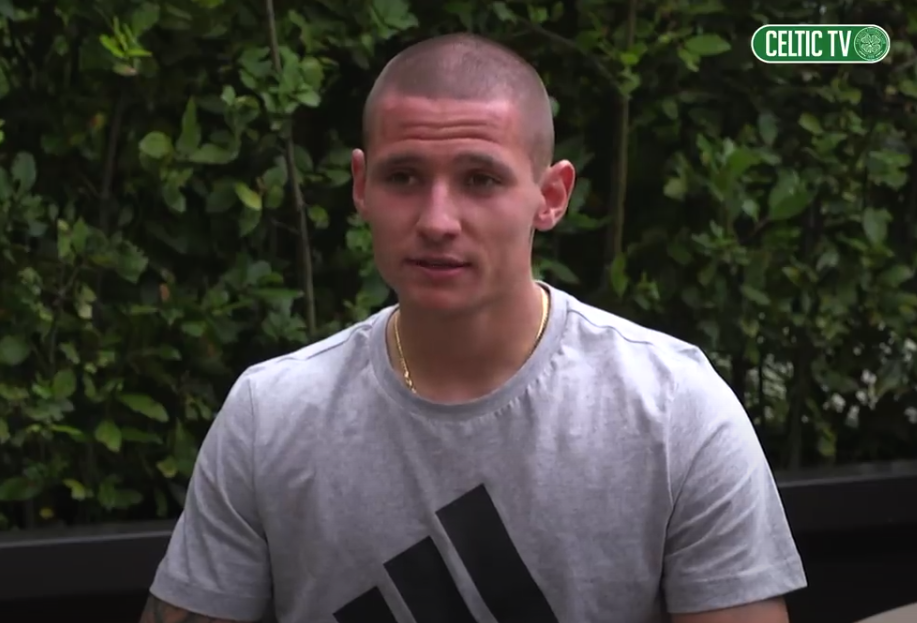 The youngster, speaking to Celtic TV, admitted: “I had talked about going to the gym because when I fight on the pitch with Chris Jullien, for example, it was really hard. I didn’t have any chance and that’s why I did this.

“It’s a lot better, I feel, and, hopefully, the guys say the same about me.

“Before I came here I knew it would be a difficult six months and it was. I know I didn’t play much, so now I feel really good, I’m ready, I feel ready to show the fans what I can do.

“I feel comfortable now. I know what Odsonne Edouard did last season, I’ve worked hard and, hopefully, I will get a chance to show something more.

“I spoke with Kendo (John Kennedy), I know what I have to do, why I am here and we will see.”

* DON’T miss the unbeatable match report from Nice v Celtic this evening – only in your champion CQN.