Celtic Quick News on News Now
You are at:Home»Latest News»‘QUALITY IS THE WAY AHEAD,’ HOOPS BOSS
By CQN Magazine on 30th June 2018 Latest News

BRENDAN RODGERS insists Celtic are only interested in quality players as he attempts to push the club forward.

The Hoops boss brought in French striker Odsonne Edouard from Paris Saint-Germain in a move that could ultimately cost the champions a club record £9million.

However, Stuart Armstrong has quit in a £7million switch to Southampton, Everton have been linked with a £25million bid for Kieran Tierney, Dedryck Boyata’s form for Belgium in the World Cup Finals is attracting interest and Moussa Dembele continues to be mentioned with top-flight outfits  throughout Europe.

Patrick Roberts has also left Parkhead after his long-term loan deal from Manchester City expired at the end of the campaign.

Rodgers, though, is planning for the future and stressed it’s down to his club chiefs to decide how far they can go in financial terms as he seeks to add to his player pool in an effort to take the champions to the next level.

He said: “It’s quality I’m after. We are not a team that needs recycling.

“This is a team that has grown, is developing and evolving. I just want to sprinkle it with quality.

“There is no doubt we need to replace, first and foremost. We’ve got two players out of the squad in terms of Stuart Armstrong and Patrick Roberts. They were very influential players for us so we need to replace them before we can think about adding to the squad. 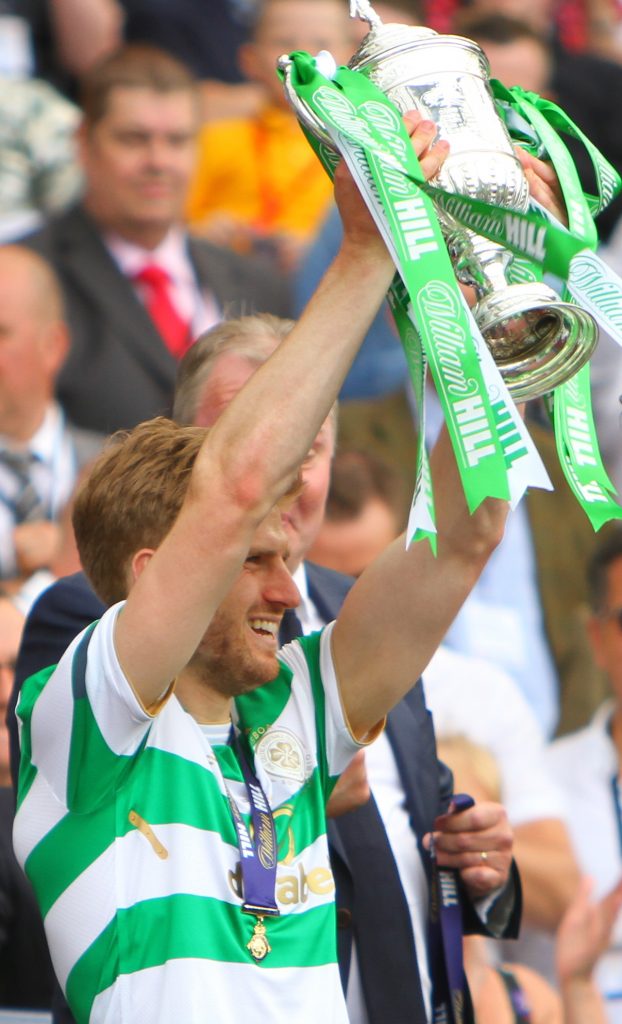 CUP, CUP AND AWAY…Stuart Armstrong holds aloft the Scottish Cup in his last game
for Celtic.

“We need to have the base of a strong squad and then, if we can add to that, it would be important. I’m very happy with the players we have, but I also know when you are doing really  well, you always need to strengthen.

“It’s not easy. We’ve got boys like Tom Rogic and Callum McGregor who are fantastic talents. To bring in guys better than these, that costs money. That’s for the club, really.

“That’s the difficult thing for us. Because for someone to come in over Callum, for example, that would cost a lot of money. To come in over Tom, Moussa, Odsonne or Leigh Griffiths, that costs money.

“My job is to maximise and invest coaching into the talents we have and make them the best we possibly can. Like we’ve seen with Stuart, at times that means you’ll end up losing players.

“You are happy they are going on to different competitions and you’ve done your very best for them, so it’s catch-22, really. The market now just gets away from you each year,  especially the market we are in.”

Rodgers accepted improvements can also come from within, as the manager has shown by increasing the value of many players he inherited from Ronny Deila.

He added: “We set out each year to be better and improve. When you work in an industry or sport that allows you to work with individuals and teams, there is always a need to improve. What we can look at is two-fold.

“One, is the players who are here. I’ve seen development in a lot of the players. I still think there’s more within those. 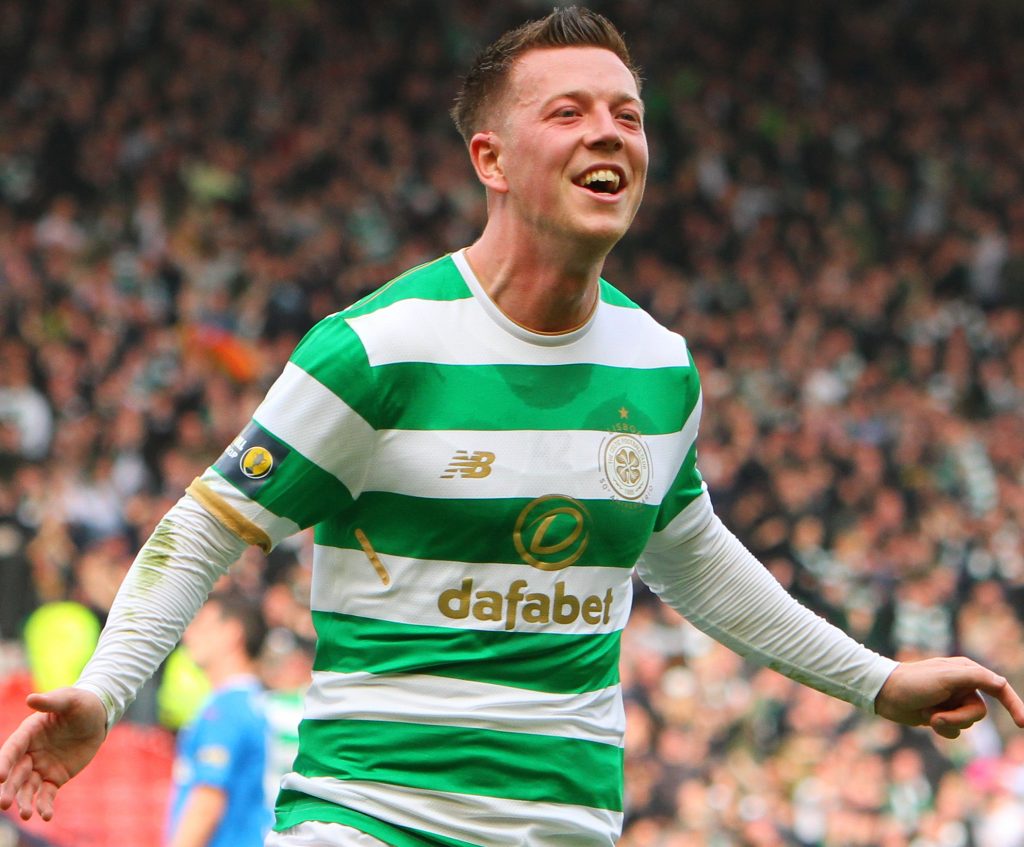 QUALITY KID…Callum McGregor continues to improve under the guidance of
Brendan Rodgers.

“Callum, for example, I look at the authority and the confidence he plays with now to when I came in. There’s more to come from him, as well.

“You can look at lots of players throughout the squad. We look at Jack Hendry, Kristoffer Ajer, Olivier Ntcham, Kieran, Odsonne. They are all very young. They are all developing talents and that really excites me in terms of how well they can do.

“If you go through the squad, people have been crying about the need for a centre-half, but we had a boy playing on Thursday for Belgium who was top class.

“You might not see it in 61 games every time he plays. But I’ve always said he’s a first-class central defender.

“Againt England, Dedryck Boyata was quick, strong, powerful, aggressive, confident and can play football. There’s been a lot of talk about centre-halves, but we’ve got a guy out there who is first class and we’ve got another young player in Kristoffer Ajer who’s now a Norwegian international.

“But always with that you’ve got to be looking to bring in players to add. At the moment we have to replace.

“With the players who are here, there’s a lot of room for development. Even the older players can learn and develop, but you always want to bring in players who can keep us moving forward.

“But we always want to add  competition. That’s important. It’s not easy because we don’t have the funds. If we’re losing a player for say £20million, we’ve got to replace that.”

Celtic continue to be linked with Hibs’ £3million-rated midfielder John McGinn with new Derby boss Frank Lampard also credited with an interest in the player.

One thing is certain – there WILL be changes at Parkhead before the end of the August transfer window.