STEVE CLARKE completed the hat-trick from hell as Scotland were blitzed by Belgium at Hampden this evening.

The new boss watched in horror as his nation were thumped for the third successive game to wipe out any realistic chance of qualifying from the group stages for the Euro 2020 Finals next summer.

It was another clueless, dismal performance following on the 3-0 hammering in Brussels in June and the 2-1 loss against Russia in Glasgow on Friday.

Four games in charge, one won – 2-1 against Cyprus – and three losses make it a calamitous start to life as an international manager for the former Kilmarnock gaffer.

A goal in nine minutes signalled the end of any hopes of a shock result against the team ranked No.1 in FIFA ratings.

A Robert Snodgrass free-kick ended up in the Scotland net 14 SECONDS later. It was cleared by the Belgian defence, fell to Dries Mertens who passed to Kevn De Bruyne who clipped the ball towards the totally unmarked Romelu Lukaku. 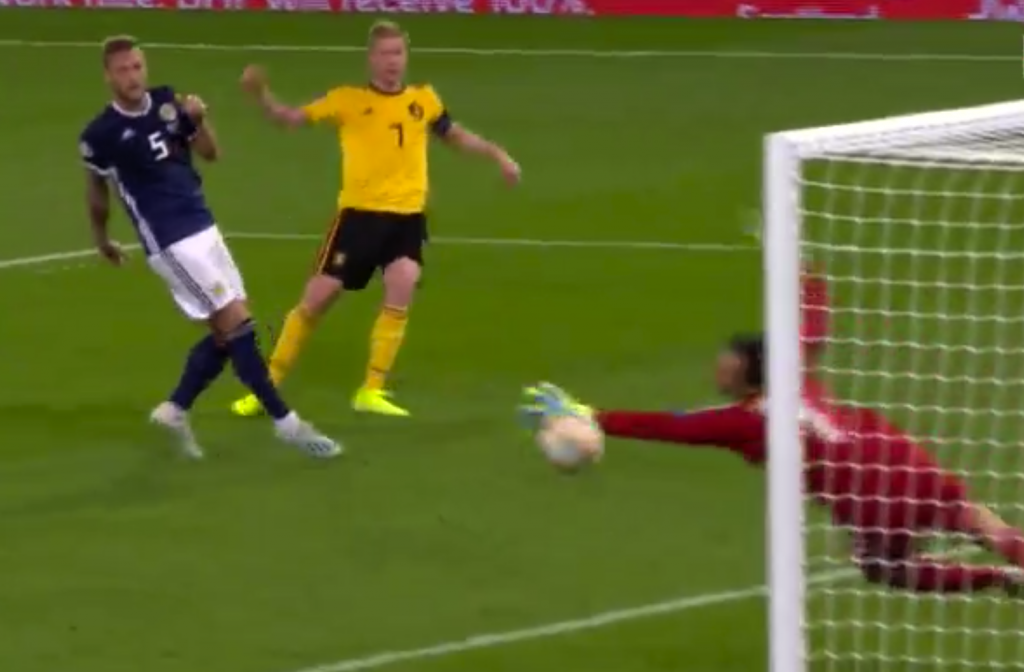 The Inter Milan striker, racing clear in the box, stroked the ball wide of the exposed and helpless David Marshall.

In the 24th minute, it was 2-0 and it was De Bruyne who set it up again with a cross in from the right following a corner-kick.

The Scots defence was sleeping and defender Thomas Verhaelen, who last scored an international goal a decade ago, got in to knock the ball into the net off Marshall.

And it was was all over in the 32nd minute when that man De Bruyne swung in a  corner-kick and Toby Alderweirald rose above Charlie Mulgrew to power a header over the line in off the underside of the crossbar.

Somehow it seemed fitting the devastating De Bruyne should have the final say eight minutes from the end when he took a Lukaku pass in his stride to curl a right-footed effort wide of Marshall for the fourth and goal.

Mathematically, Scotland still have the chance of getting through the group if they beat Russia in the next match in Moscow.

Anyone believing that is possible is probably also a big advocate of Santa Claus.