Celtic Quick News on News Now
You are at:Home»Latest News»SINCLAIR AIMS FOR DONS REPLAY
By CQN Magazine on 3rd May 2019 Latest News

NEIL LENNON has welcomed the news Scott Sinclair will be at Celtic next season.

The champions activated a 12-month option in the 30-year-old’s contract yesterday while news of Middlesbrough and other sides taking an interest in his situation, as CQN reported yesterday.

Sinclair claimed 25 goals in his debut season 2016/17 following his £4.5million switch from Aston Villa as one of Brendan Rodgers’ first purchases for the club.

The flamboyant forward netted 18 last term and has struck 17 in this campaign as the Hoops zero in one their eighth successive title and an unprecedented treble treble when they take on Hearts in the Scottish Cup Final on May 25.

Sinclair is poised to play in tomorrow’s crucial encounter against Aberdeen at Pittodrie where he thumped in a hat-trick in a 4-3 success on Boxing Day.

Lennon, speaking to the media at Lennoxtown, said: “Scott will be here for another year. He has been a good player since he walked in the door.

“He has made a big contribution in the goals column and that football intelligence and experience is always important to have around. 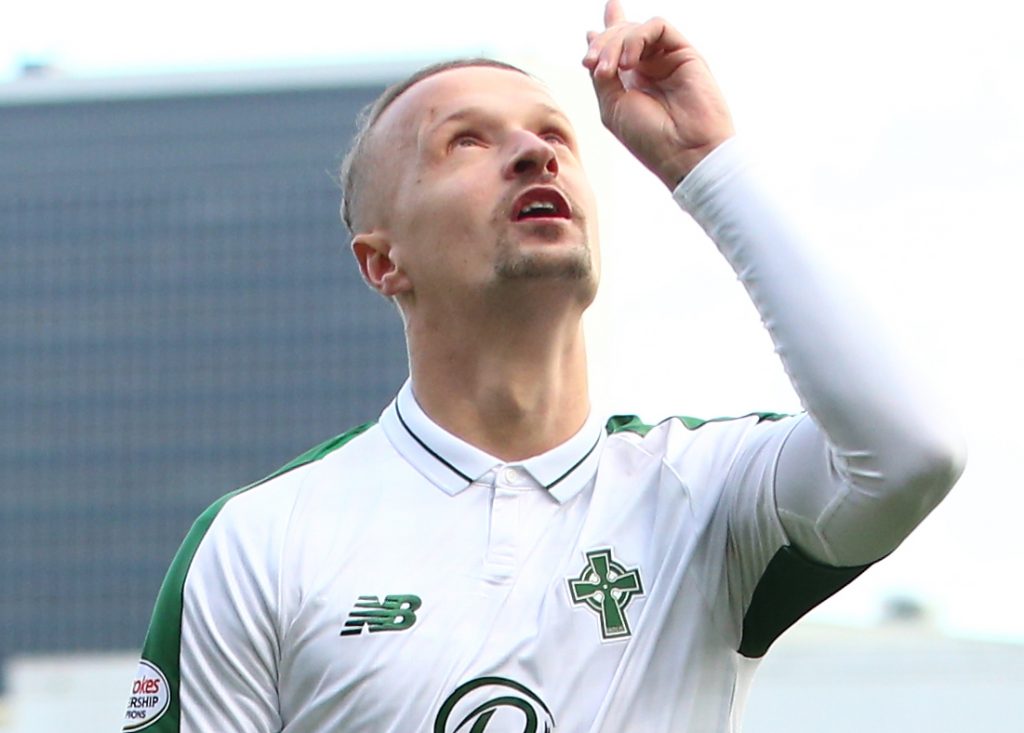 HEAVENS ABOVE…Leigh Griffiths is fighting back.

“There is a familiarity there for Scott going into the Champions League qualifiers next season, and he is one that we don’t have to replace.

“He has played a lot of games this season. Under me, he has played maybe 75/80 per cent of the games.

“He maybe hasn’t hit the heights of the first season but that was a stellar season and it is very difficult to replicate that year on year.

“But we know that Scotty is an excellent players and always a threat.”

Lennon is also delighted to see the return of Leigh Griffiths after a fitness assessment last week.

He added: “It went well. He is running on the grass and doing a little more conditions work. He is making good progress.

“He has another couple of weeks of work before we can throw him in with the rest of the squad.”