CALLUM McGREGOR has played for Celtic over a hundred times with almost half of his appearances coming under Brendan Rodgers. Like so many players he has improved almost beyond recognition under the Irish manager.

McGregor, like James Forrest, was often on the receiving end when things weren’t going according to plan on the park. These players were often targeted by the minority of boo-ahoys who seem to be at their happiest when they are unhappy with the team and it’s guys like McGregor and Forrest who get it.

Have both become better players under Rodgers? Yes they have and certainly they have become more consistent.

CQN Magazine has always championed both players. Wille Wallace told us back in 2012 that Forrest was a stand-out young player who was being hindered by the verbals he was getting from the stands and that he he would benefit from us putting an arm round him, show him some TLC and appreciate him as a player. Few listened, who after all is Willie Wallace and what would he know.

And last month, after Gordon Strachan turned to six Celts to save his job and Scotland’s World Cup dream, we suggested that he should look at a magnificent seven Celts for the match against England on June 10, by adding Callum McGregor to his starting eleven.

We got some stick for that suggestion.

So for those of us who appreciate what McGregor brings to the team more than apparently some others, Sunday’s opening goal was particularly sweet. Not for the fact that he scored, more for the way that he passed the ball into the net.

It was a thing of absolute beauty. 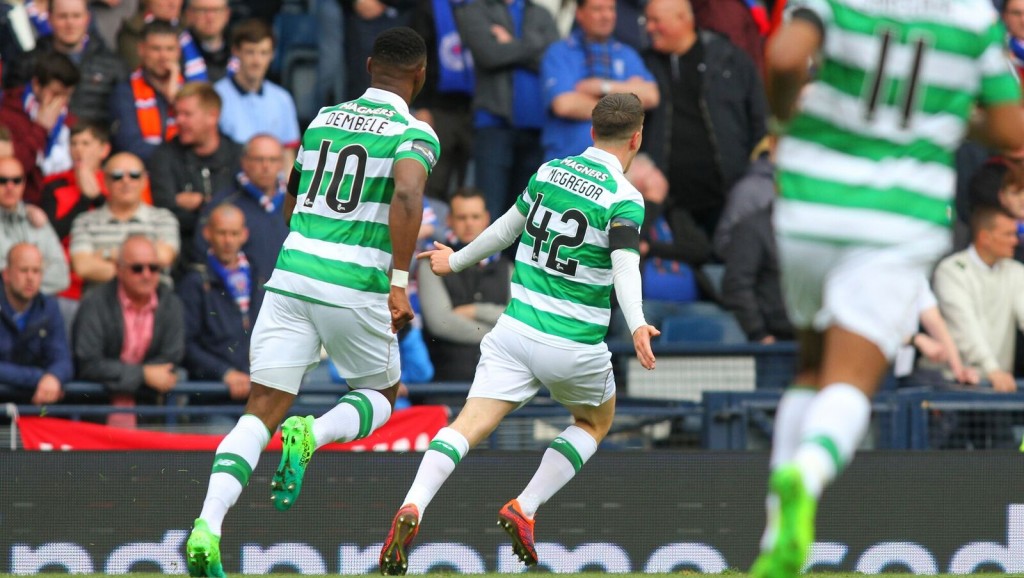 Today Callum was asked if he reckons that that was his best day in a Celtic shirt.

“I think it would, he replied. “Just with the whole day and getting the goal and the top-class way the boys performed.

“I have been at this club since I was nine years old and you dream of those days at Hampden in semi-finals or finals and scoring against (Sevco)Rangers, it doesn’t get any better than that for a young boy coming through the system. That moment when the ball hit the back of the net was unbelievable. I have watched it back a few times…more than I am going to tell you!

“I thought the boys were excellent. It was a good performance and victory for us, so it was a great day all round.

“I felt we were excellent on the ball, in the way we passed it and moved it. (Sevco) Rangers found it difficult to deal with that rotation in the middle and with the real high quality way we kept the ball.

“That made it a lot easier than it should have been. The way we performed was excellent and we took that through the game,” said McGregor.

“The manager has been praising me quite highly over the last few weeks so it as great to go out and play like that and get a goal like that on a big occasion.

“Tom (Rogic) was back fit and he has done incredibly well this year and it was good for the manager to back me and put me in the team and I have repaid him with the goal. 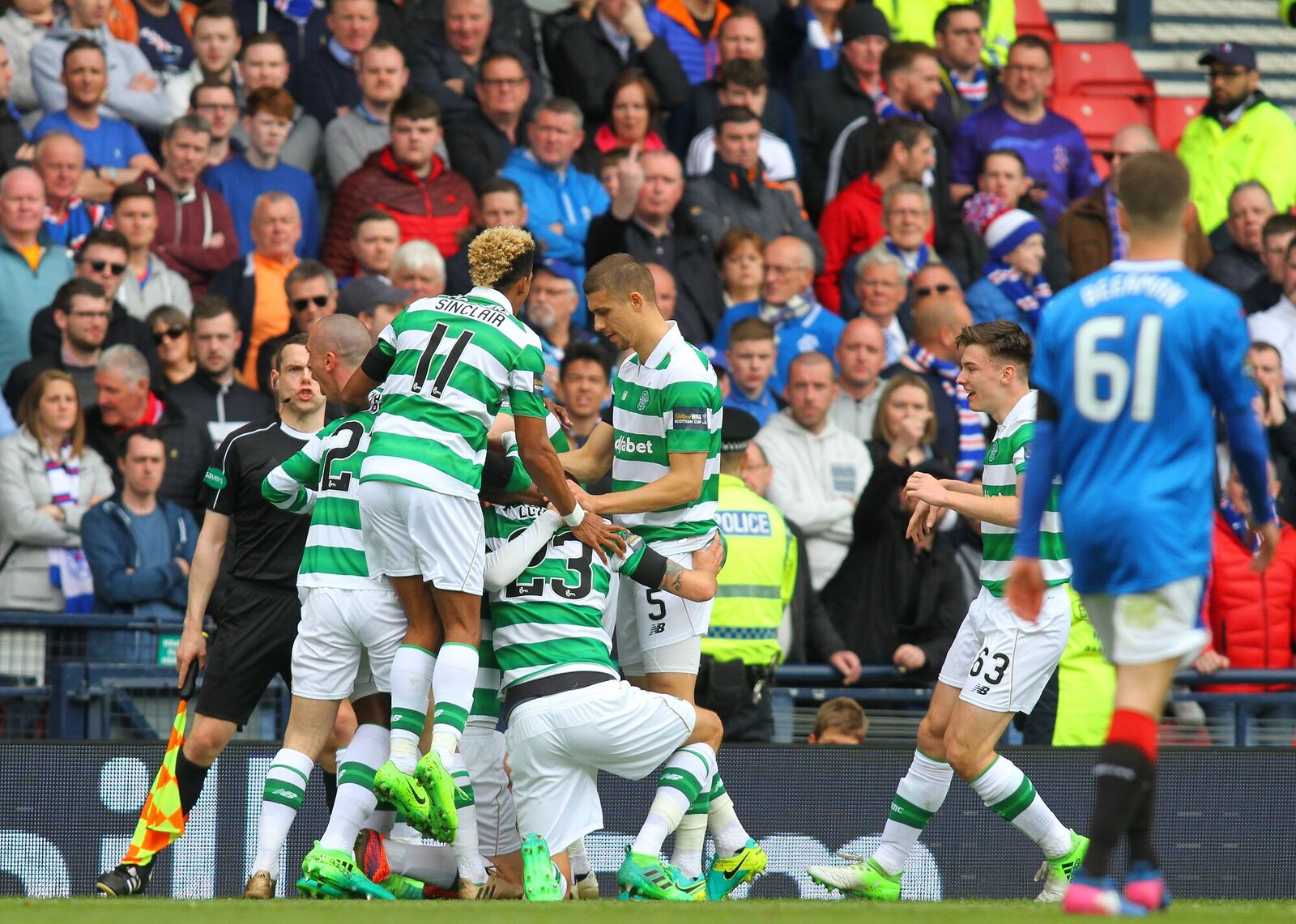 “Everyone in the squad this year has been outstanding. It’s hard to get in and stay in, especially with so many talented players and the way we have been getting result after result.

“So it’s been difficult when you have been out the team to try to get back in. It’s been great to have been playing so much recently and Sunday was the pinnacle, to go and score that goal was excellent.

“For me, I just try and play the same way whenever the manager picks me. I don’t try and deal with too many outside influences and I just try and get on the pitch and do my best for the team.

“Everyone gets their fair bit of praise, some more than others and rightly so, as the boys who have scored a lot of goals for us this year have been massive players. But everyone has played their part and I am quite happy to do that as well.” 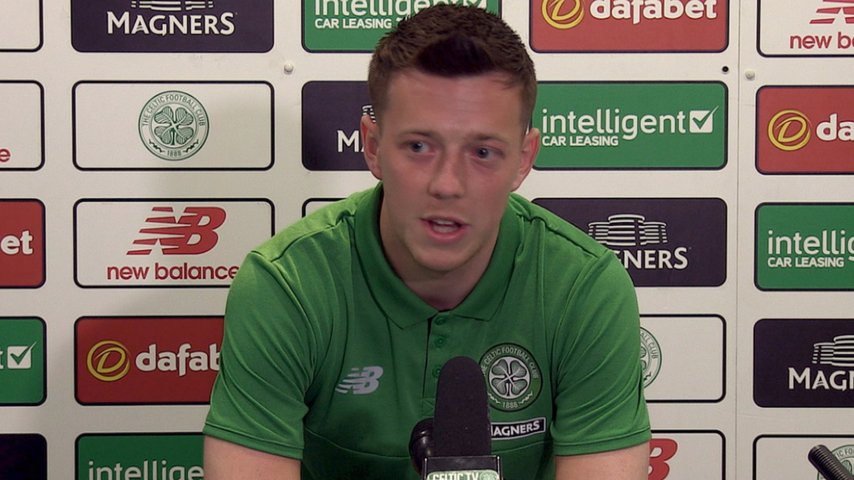 *Callum McGregor was speaking to promote the lunch with the Lisbon Lions, an afternoon of celebration which will take in Glasgow’s Hilton Doubletree from 12noon – 5:30pm on Friday, May 26 – 50 years on from the squad’s historic win, in the heat of Lisbon on May 25, 1967.

It offers fans a fantastic opportunity to hear from the men who made it happen as the Lions reminisce and share their own experiences of that momentous campaign 50 years ago.

Places are available to book now for the event which includes a drink on arrival, a delicious three-course lunch and entertainment throughout the afternoon, all for only £85 + vat per person.

Net proceeds from the lunch are going to Celtic FC Foundation.

To find out more or book your place, contact our Hospitality team on 0871 226 1888 (option 4)* or email matchdayhospitality@celticfc.co.uk