CELTIC continue the five-game countdown at Dingwall on Sunday afternoon in their quest for Premiership title glory.

Ange Postecoglou will take his players to the Highlands – and a potential banana skin –  for a confrontation with Malky Mackay’s vastly-improved Ross County team.

The Hoops were made to fight deep into the seventh minute of stoppage time the last time they played at the trim, little ground where it was left to Anthony Ralston to thump in the winning header for 10-man Celts who had Carl Starfelt dismissed after two yellow cards.

In the two meetings at Parkhead, there hasn’t been such nerve-shredding drama with a 3-0 victory in September when Cameron Carter-Vickers claimed a debut goal and Albian Ajeti netted a double. 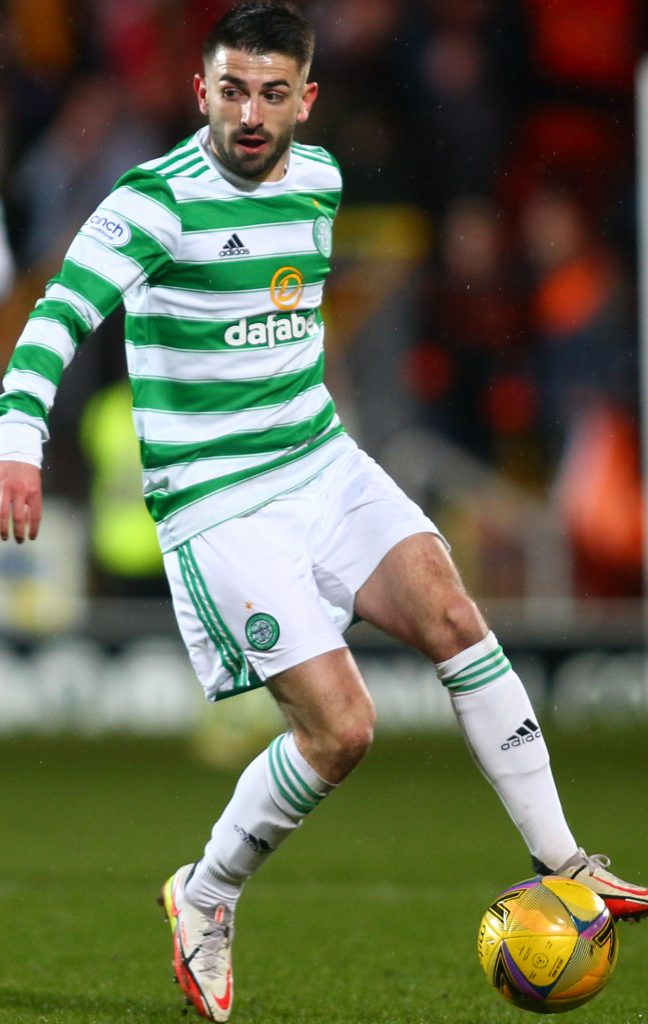 ON THE BALL…left-back Greg Taylor in control.

It was a 4-0 romp in the east end of Glasgow last month when Giorgos Giakoumakis fired in a hat-trick and Daizen Maeda collected the other goal.

The Parkhead side’s hopes of a phenomenal clean sweep of domestic honours in the Greek-Australian’s were torpedoed at Hampden on Sunday with the extra-time defeat in the Scottish Cup semi-final.

The crown, though, is the one that matters and that is now within sight of a team who are six points ahead with three games at home in the league run-in.

Left-back Greg Taylor, who put the team ahead at the national stadium before the unfortunate Starfelt deflected in the left-wing cross that sealed the side’s fate, insists the players must be strong as they prepare for the challenges that lie ahead.

The Scotland international defender revealed what captain Callum McGregor told the dejected players at the end of the Cup contest.

He said: “It was just about regaining focus and knowing how well we have done so far, but we know there is still a job at hand. 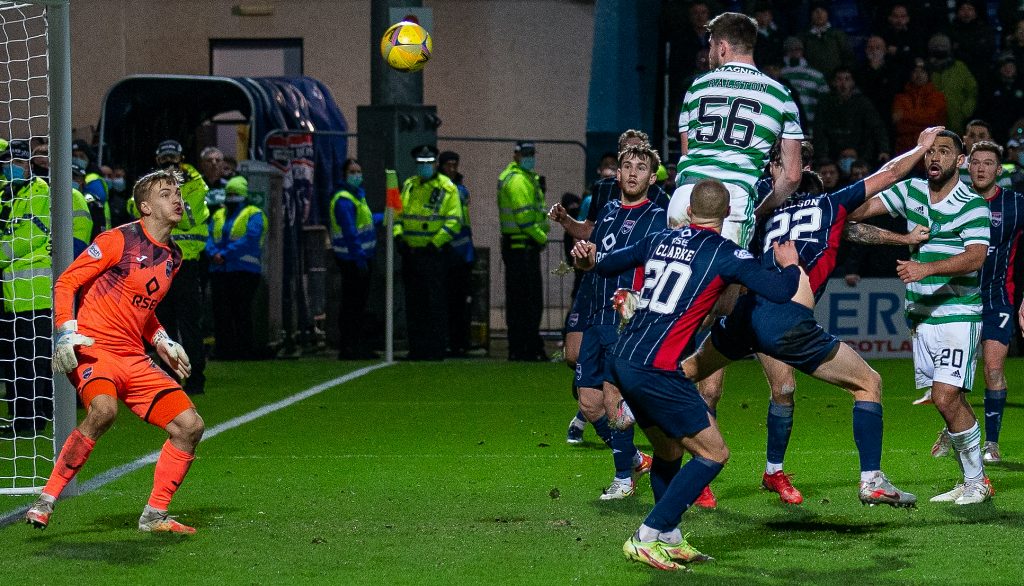 HIGHLAND FLING…Anthony Ralston is high and mighty as he rises to bullet in the winner against Ross County in Dingwall in December.

“We have five big league games to go now and we have to finish with five strong performances. We know what’s at stake at the end of that and we understand what is needed.

“We need to show that we can bounce back. We have done that throughout the season when we have had a disappointing result like the semi-final, so we need to show what we are all about.

“We have done that throughout the season, so I hope it’s no different on Sunday.”

Taylor, speaking to Celtic TV, continued: “Ross County have had a great season. They have quick attacking players at the top end and they have been resolute in their defending.

“It was a tight game on the night at their place in in December and, when it gets that late, of course, you are pushing and pushing.

“We were down to 10 men and Tom Rogic managed to stand it up to the back stick.

“We knew when Tony got in there, there was only one man who was winning that header and he did unbelievable. It was a big result in the season.

“In the game at Celtic Park, they went down to 10 men, so we managed a good result, but we know we need to be at it.” 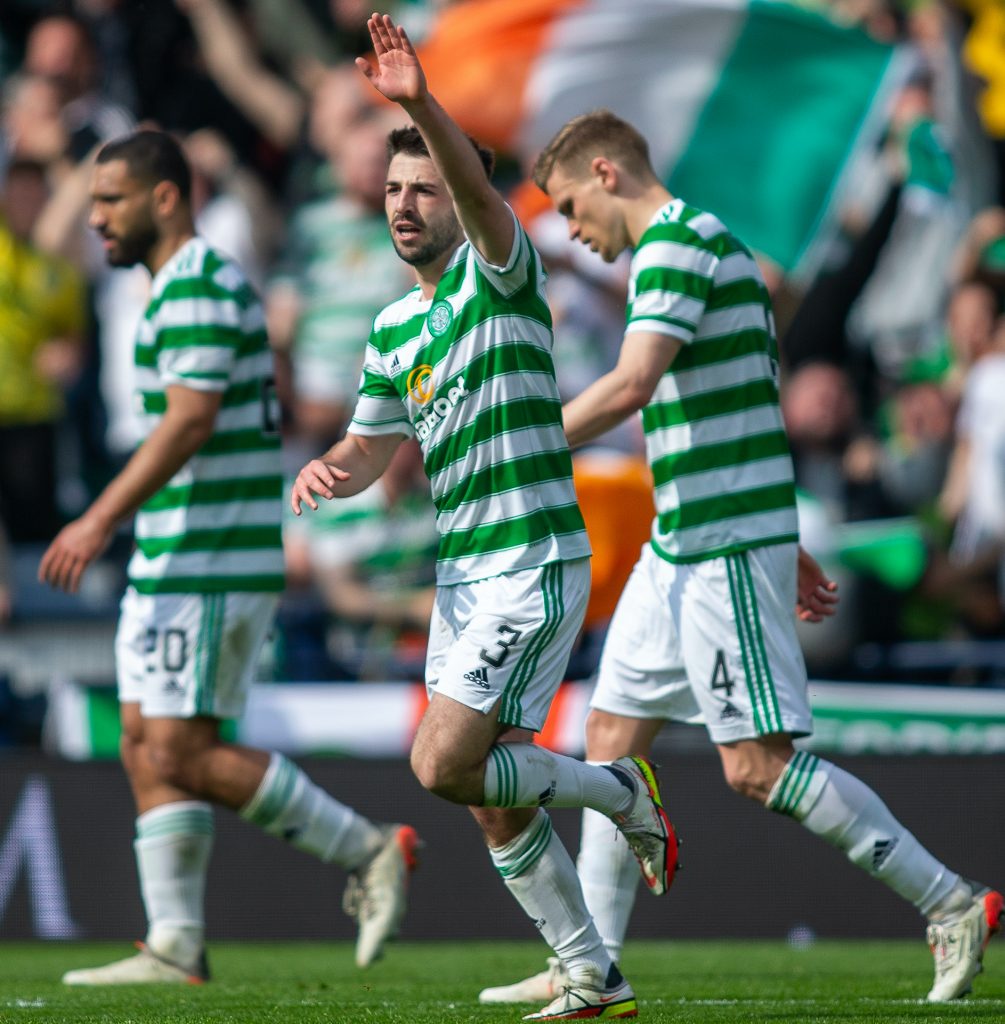 Reflecting on only his second goal for the club, Taylor added: “The feeling when I scored was like nothing I’ve felt in my entire life, it was unbelievable.

“It was just a wee bit unfortunate that we couldn’t manage to get the result to top off the day.

“It’s bittersweet. It was an amazing moment, the feeling when it went in was like nothing I felt in my career, but it still hurts.

“It hurts for a few days. It was a big game and a big opportunity that, unfortunately, we didn’t manage to take.

“But with football, you have to move your focus to the next game, so that’s what we’ve done and we prepare for Sunday.”