BIRKIRKARA FC, the Maltese club that knocked Hearts out of the Europa League last season have been refused a licence to participate in Europe next year by the MFA.

Birkirkara are known to their supporters as The Stripes. In April the Licensing Board at MFA indicated that The Stripes had not satisfied the necessary requirements for clubs to be awarded a licence to participate in UEFA competitions the following season.

The club were given a deadline to submit “certain documents” which the Licensing Board would require if the licence were to be awarded.

The club argued that all necessary documentation had already been submitted and correctly and believed that it was “unfortunate that this matter has been transmitted to the media.”

Then last week the club released the following news on their Appeal of the Licensing Board’s decision to the MFA.

“The Club has just been notified by the MFA Appeals’ Board that its appeal has been rejected, and that it is upholding the decision of the Member Clubs Licencing Board not to grant Birkirkara F.C. a UEFA Licence for Season 2017 / 2018.

“The Club is still waiting to receive the full decision, and will then decide the next course of action available to it.”

This was then followed last week by a further update from Birkirkara, who had participated in European competitions every year for the past two decades.

“Following the news received by the Club on Tuesday afternoon that the MFA Appeals Board had not upheld its appeal with regards to the MFA Licensing Board not to issue it with a UEFA licence, the Club’s President Dr Adrian Delia, called an urgent committee meeting on Tuesday evening.

“Dr Delia offered his resignation, but gave his full commitment to the Club to keep on fighting this injustice suffered by the Club and seek the necessary redress at UEFA level. The other committee members unanimously refused the resignation, and vouched their full support to the Club and President.

“The Club wishes to point out that by the time of writing, that is Thursday morning, it has still not received the full decision from the Appeals Board, albeit sending continuous reminders to the MFA. In the circumstances, this is regrettable, as it is causing unnecessary uncertainty and impeding the Club from being able to evaluate its position and from taking any possible serious and immediate decisions to safeguard its interests.”

Birkirkara FC’s UEFA application was rejected after it was unable to satisfy all the requirements of the licensing process.

The Malta Football Association has rejected the appeal filed by Birkirkara FC, ratifying the decision of the MFA Members Club Licensing Board which had denied the club a UEFA license for 2017/18.

Birkirkara’s UEFA licence application was rejected after it was unable to satisfy all the requirements of the licensing process.

Valletta FC will now be replacing Birkirkara in the Europea League next season.

The UEFA licence is a necessary requirement in order to participate in European competitions, and Birkirkara FC were the only Maltese club not to be awarded the licence this year. 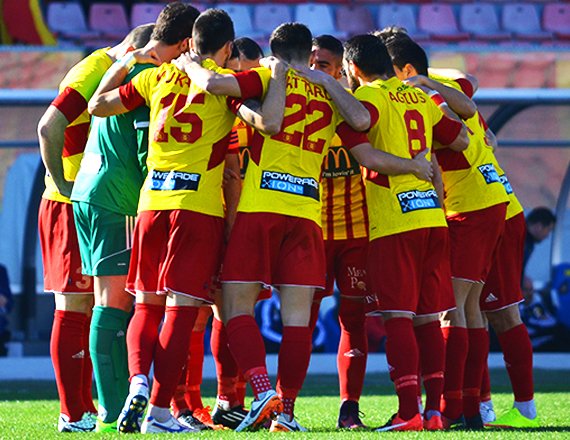 The MFA grants the UEFA licence to their clubs providing they do not have any overdue payments towards other clubs, players and inland revenue.

Last season Birkirkara had a very good campaign reaching the Europa League’s third round, defeating Bosnia’s Siroki and Hearts before losing to Russian side Krasnodar

The year before, Birkirkara lost a penalty shoot out against West Ham after beating the English Premier League side in Malta.

One Birkirkara FC supporter was less than impressed by the MFA decision to uphold the decision reached by its Licensing Board.

“Can anyone please tell us who these MFA Members Clubs License Board are, so that we would know if they are City sympathyzers, by any chance?”

“I suggest to Stripes FC not to let any local player to join Malta squad in Slovenia next month, as a form of silent protest.

“I remember times when Valleta would not let any of their players train with the national squad, so this proposal of mine could not be considered as a mortal sin!

The Resolution 12 chaps may well be interested in this story.