CQN today’s continues to take you behind the scenes with a series of exclusive images to present some rarely-seen candid snaps of the Celtic players as they prepare for the action on matchday.

Today’s photographs show the players on parade in January upon the resumption of the season following their winter training camp in the sunshine of Dubai as they enjoyed a well-earned three-week break.

However, reality kicked in on the Saturday evening of January 18 when the holders took on Partick Thistle in the Scottish Cup opener at Firhill. Neil Lennon’s players had to adapt very quickly to the chilly confines of Maryhill after the more hospitable climate of a few days earlier. Thankfully, the Hoops didn’t freeze and comeback Bhoy Leigh Griffiths and Callum McGregor were on target before the home side pulled one back in the fading moments with an extremely dodgy penalty-kick. Welcome back, Bhoys.

CQN’s ace lensmen were on hand to catch the players and manager on the off-guard moments. 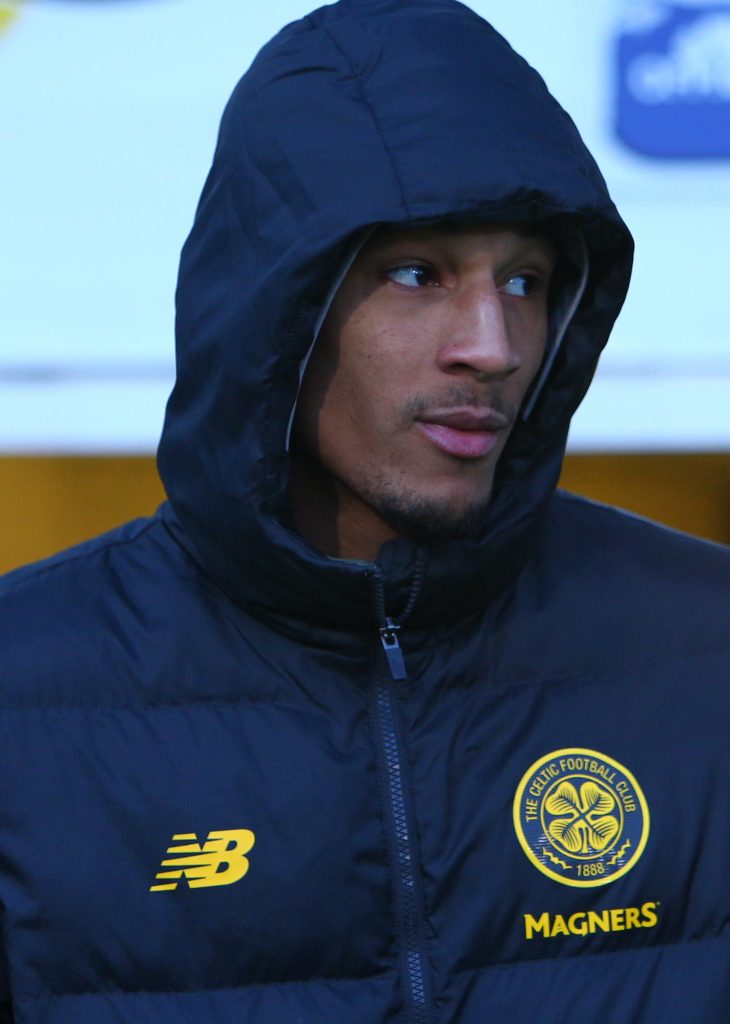 FRENCH FANCY…Christopher Jullien models what the well-dressed central defenders wears before the game. 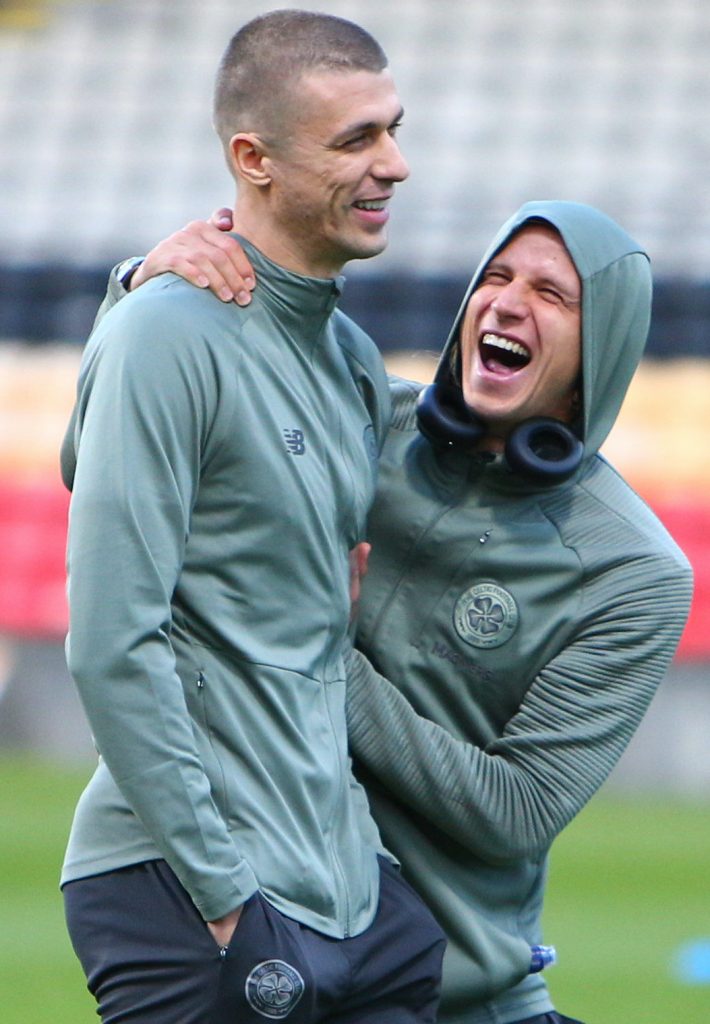 JUST FOR LAUGHS…Jozo Simunovic and Moritz Bauer find something to smile about. 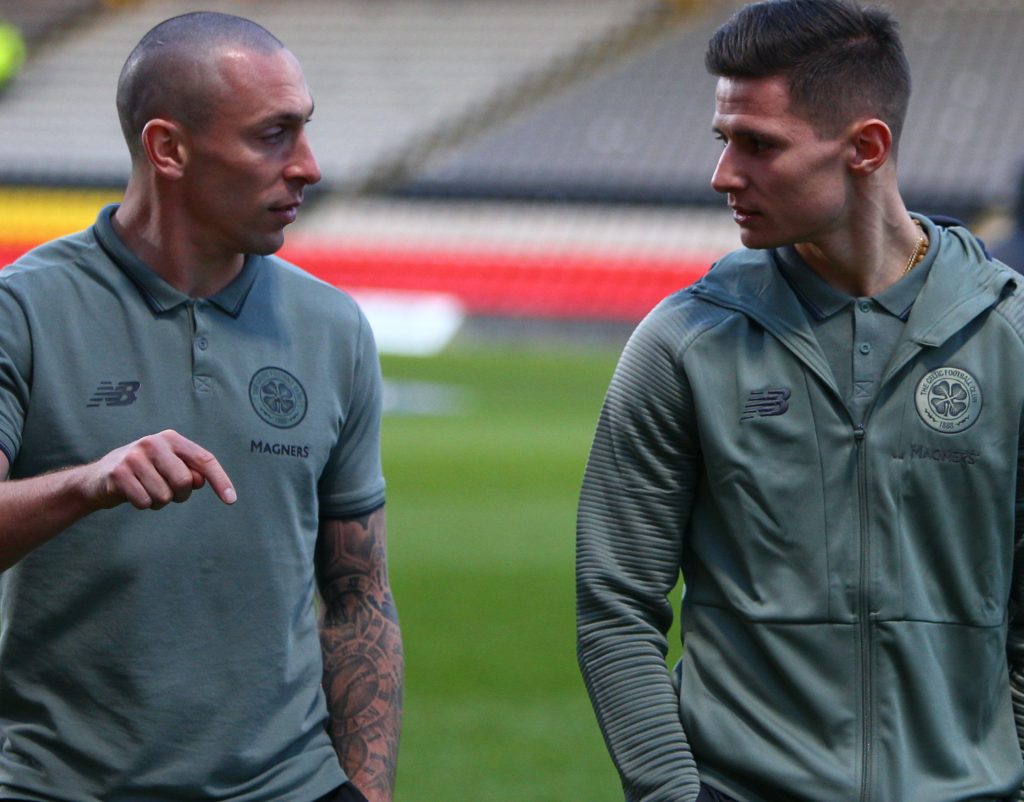 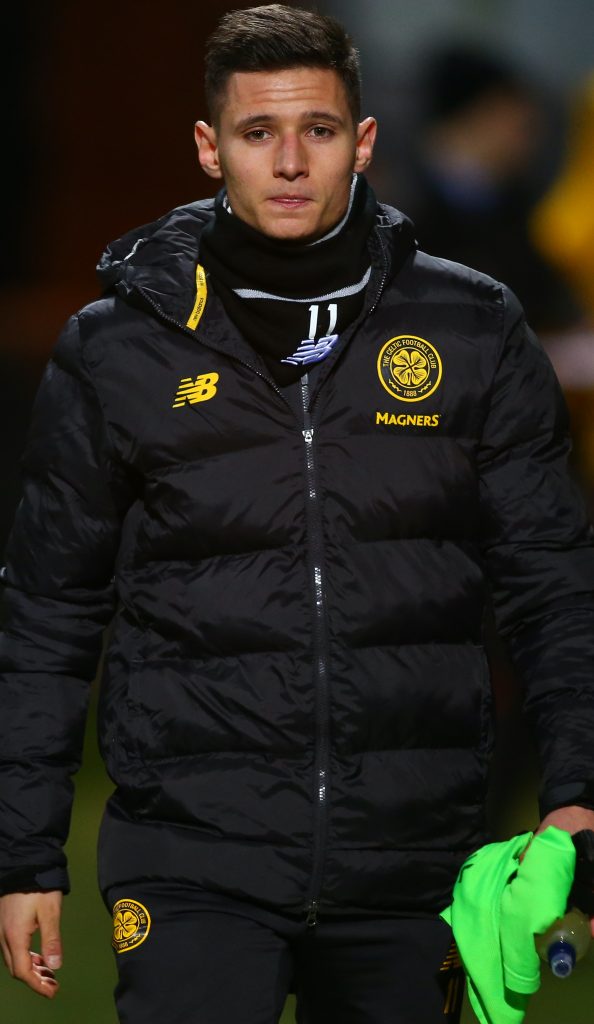 GREEN LIGHT…Polish striker Patryk Klimala is ready to start on the substitutes’ bench. 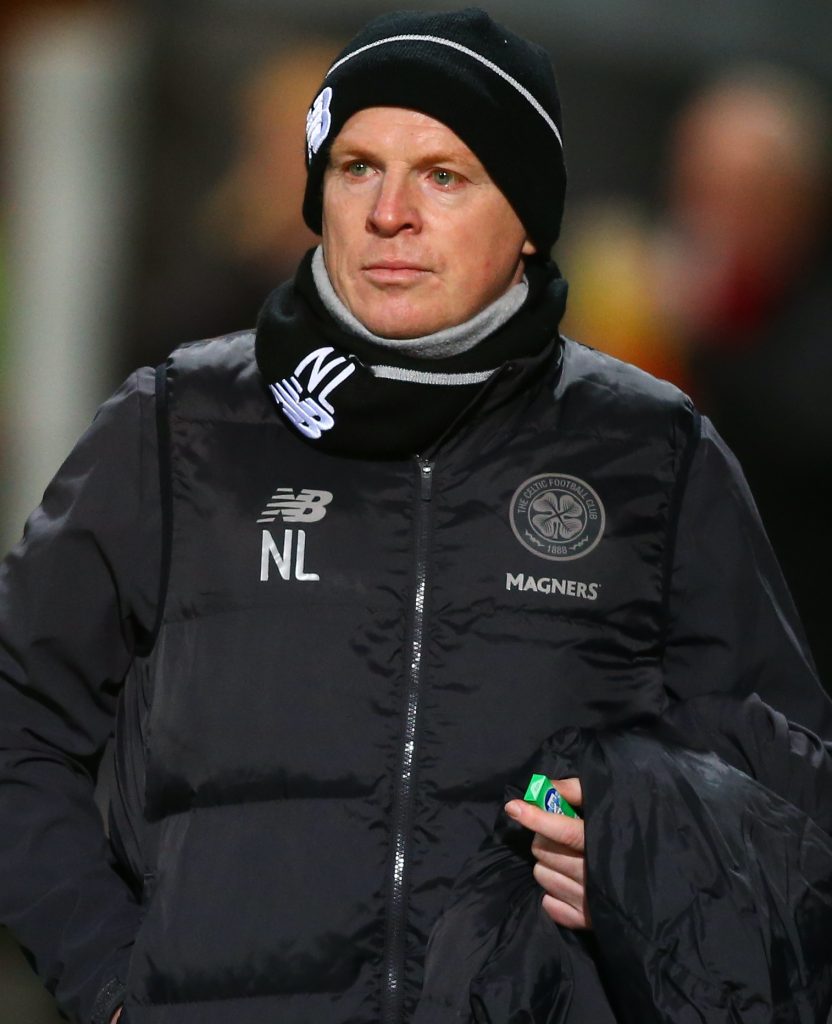 SOMETHING TO CHEW ON…Neil Lennon with the inevitable packet of chewing gum. 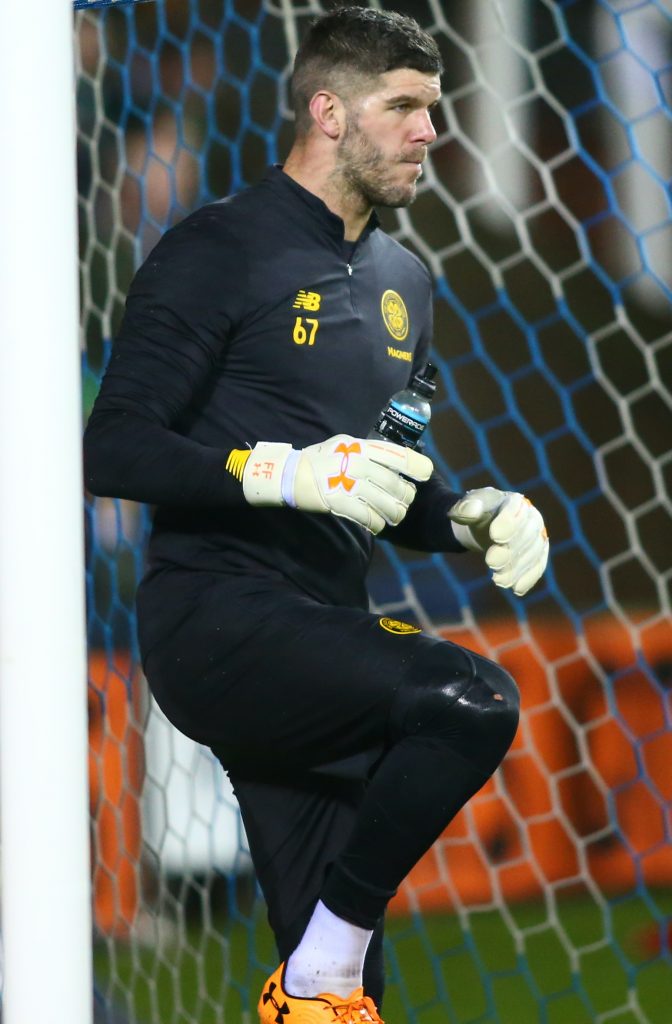 I’LL DRINK TO THAT…Fraser Forster limbers up before the game against Kilmarnock at Rugby Park on January 22.

HANDY GUY TO HAVE AROUND…substitute keeper Craig Gordon gets in some catching practice. 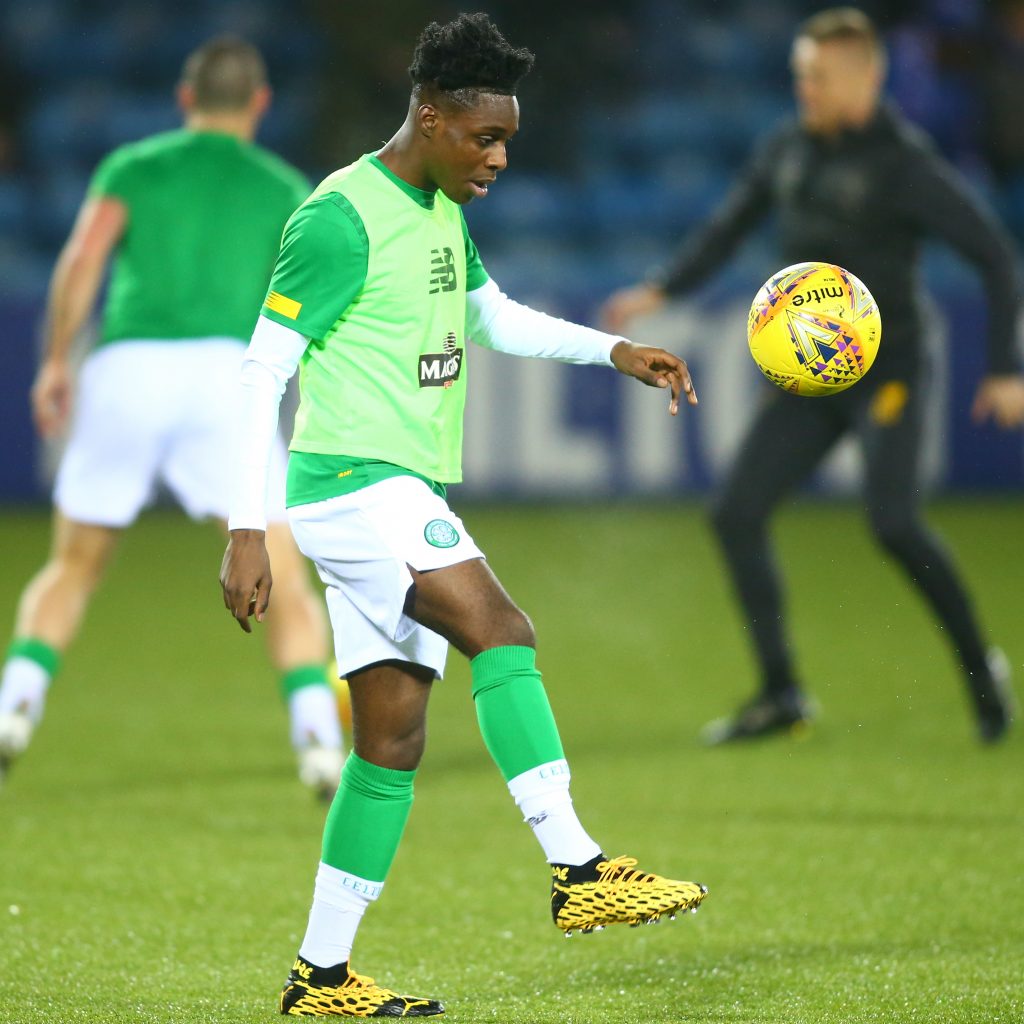 KEEPY UPPY…Jeremie Frimpong goes through a ball-juggling routine with Scott Brown and coach Damien Duff in the background. 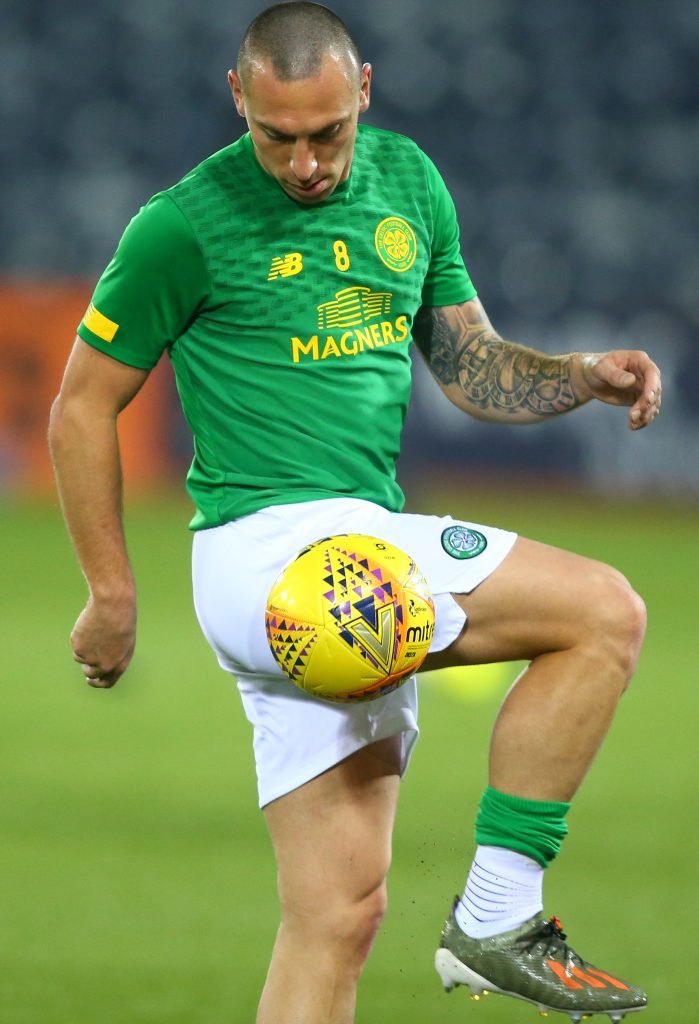 BALL BHOY…Scott Brown shows his skills before the 3-1 win over Killie. 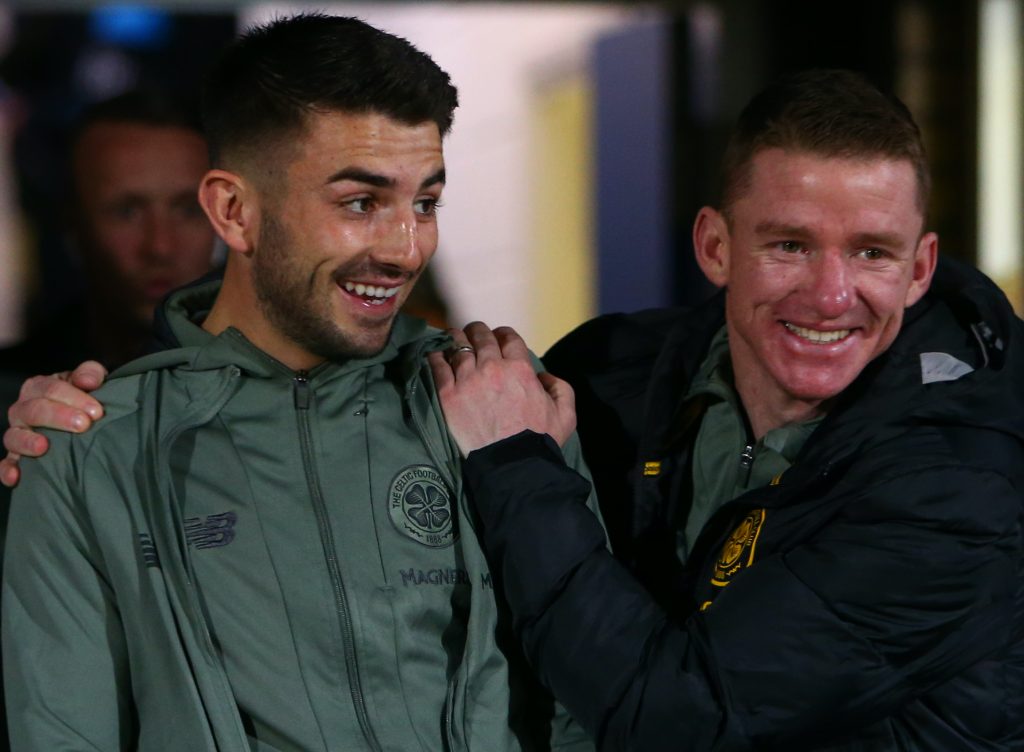 LAUGHING BHOYS…Greg Taylor and Jonny Hayes in high spirits before the game against St Johnstone in Perth on January 29. 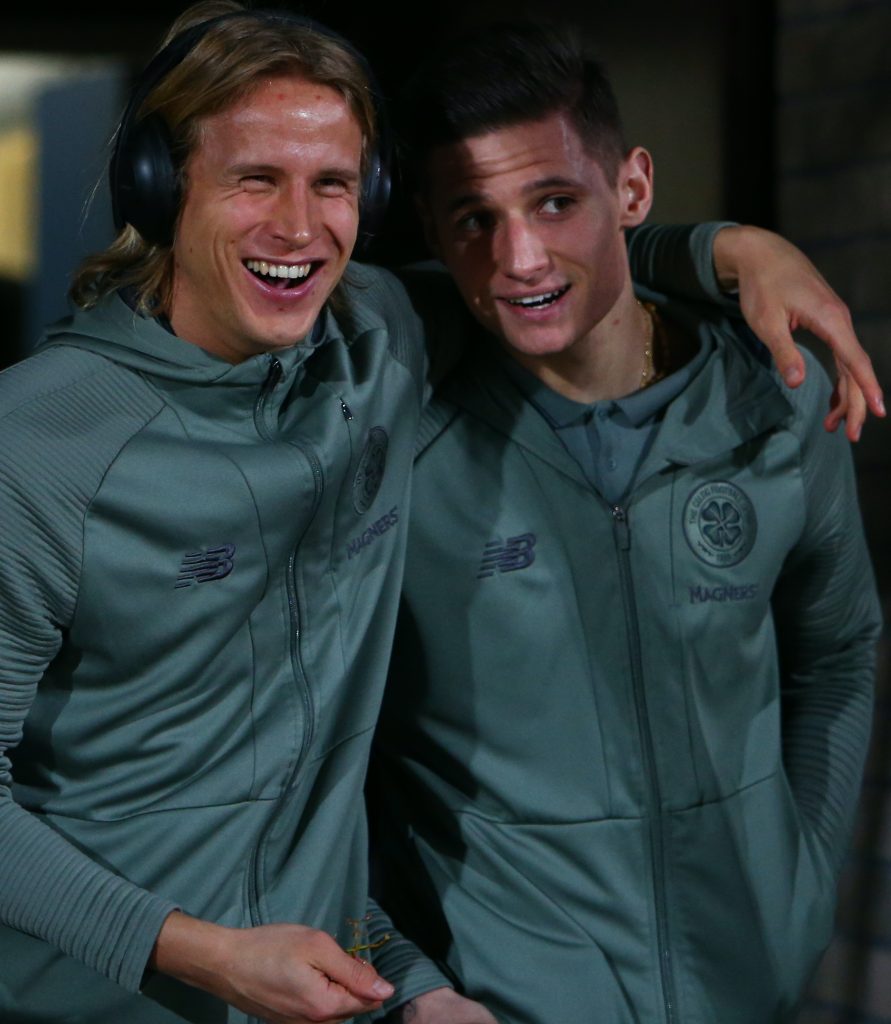 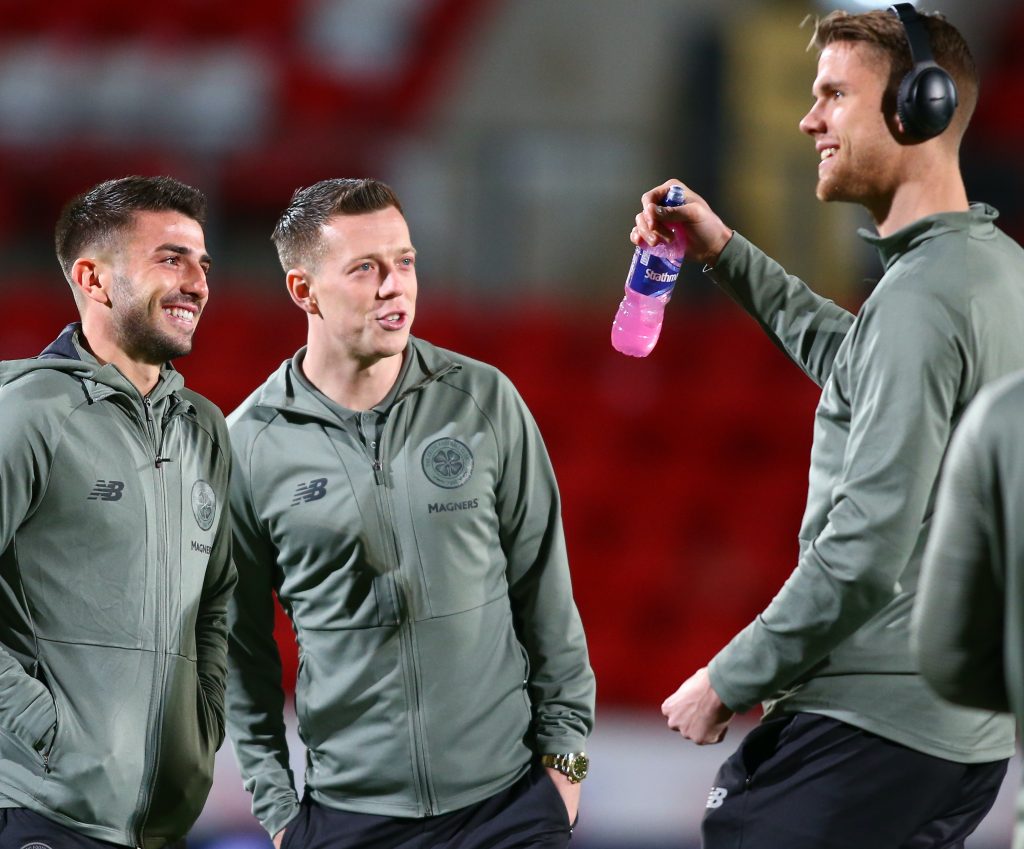 I’VE GOT A LOT OF BOTTLE….Kristoffer Ajer with an energy drink before the McDiarmid Park clash. Greg Taylor and Callum McGregor look impressed. 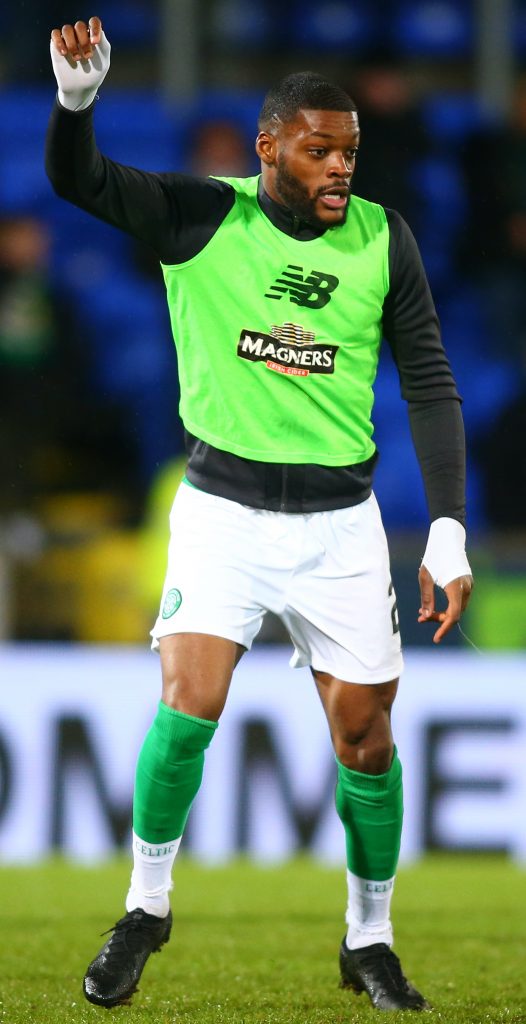 HANDS UP…Olivier Ntcham looks keen to get involved in a pre-match routine. The French midfielder scored the opening goal in the side’s 3-0 triumph. 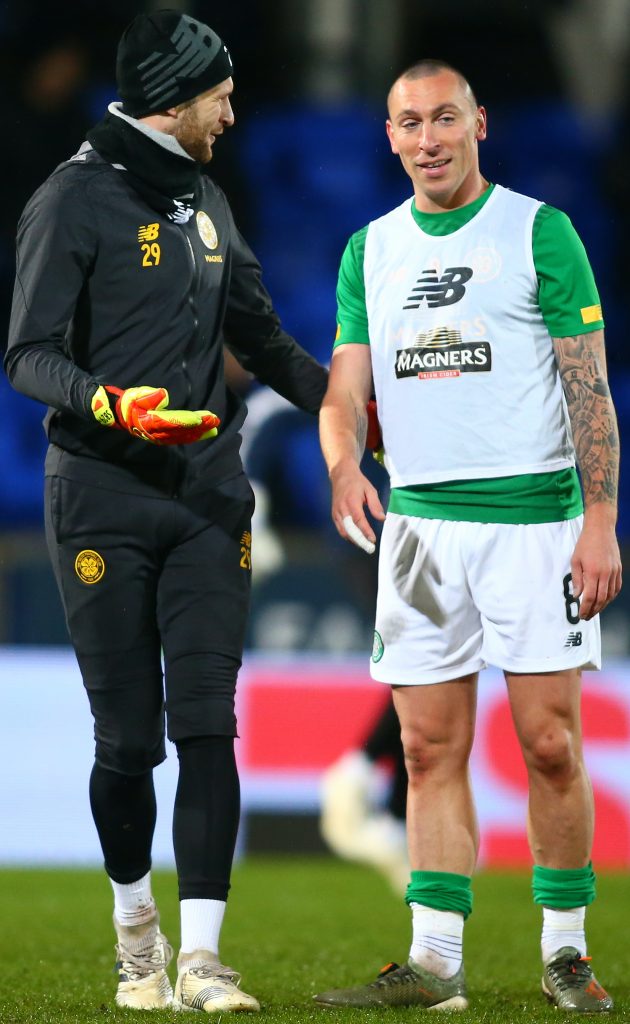 BEANIE BAIN…Scott Brown laughs at Scott Bain’s headgear and gloves as protection against the Perthshire chill. 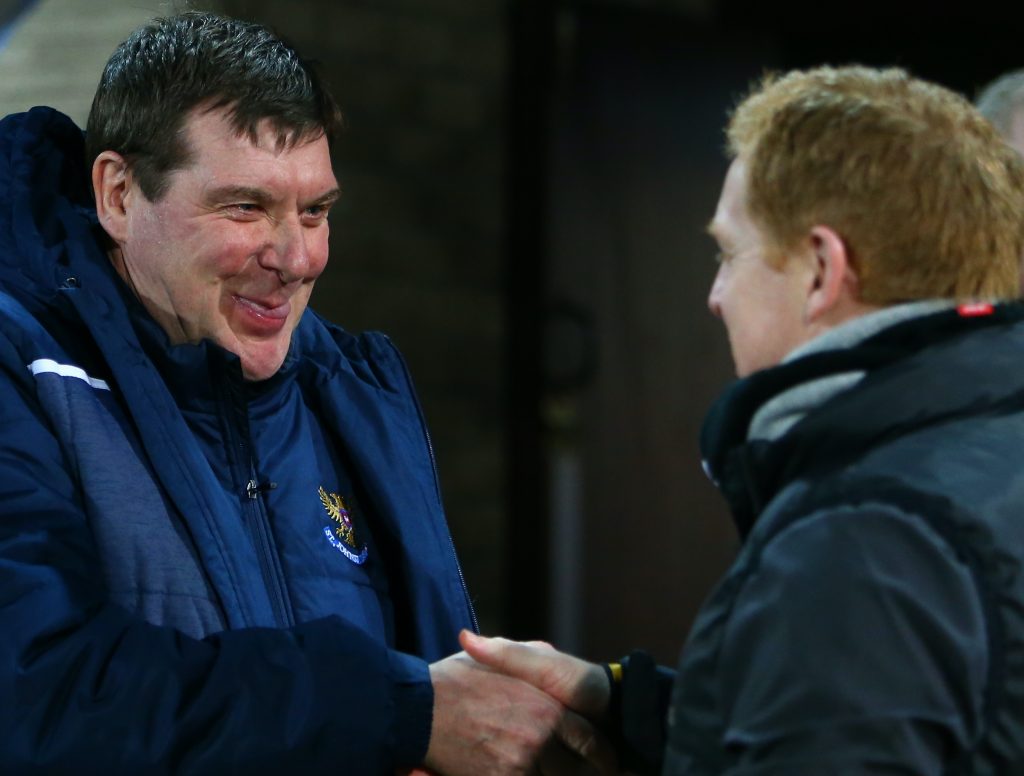 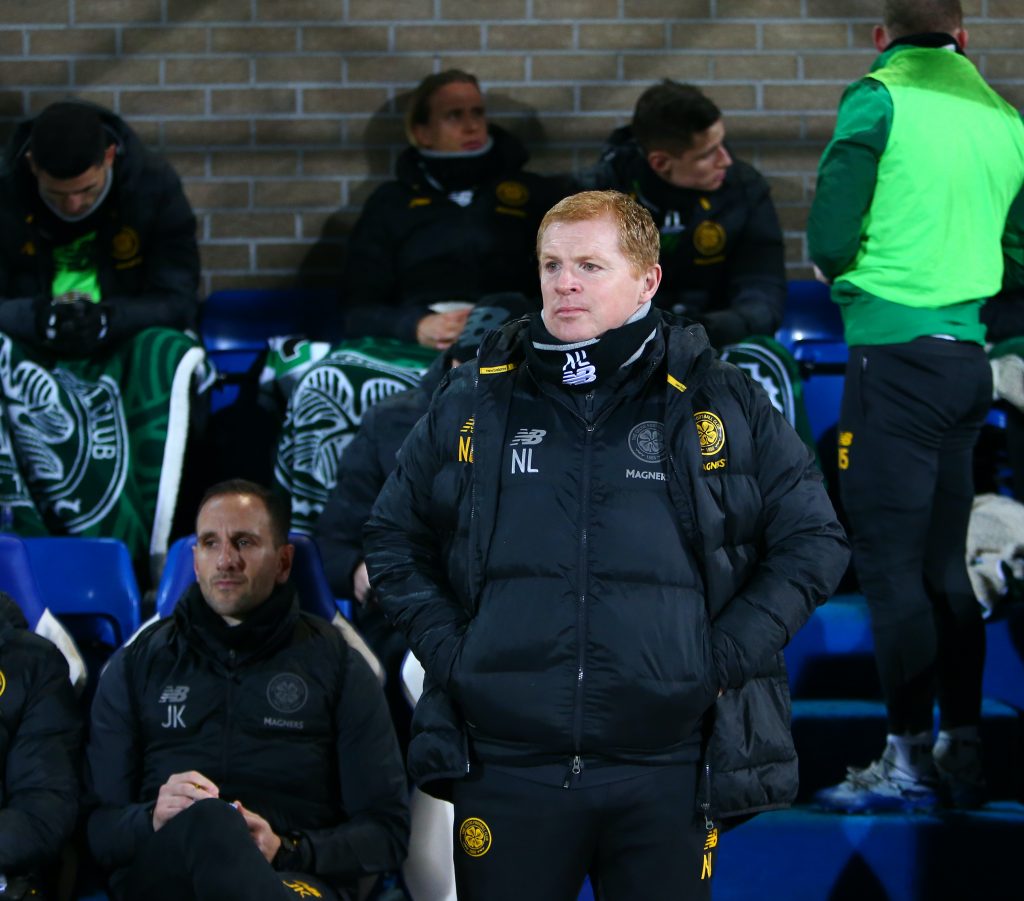 ALL SET TO GO…Neil Lennon takes his position in front of the dug-out with John Kennedy and the subs taking their seats.