Celtic Quick News on News Now
You are at:Home»Football Matters»‘VAN DIJK’S A £13m BARGAIN’, HARTSON
By CQN Magazine on 3rd November 2015 Football Matters
JOHN HARTSON believes former Celtic defender Virgil van Dijk, sold for £13million, will prove to be the bargain buy of the season.
The former Hoops favourite is already a massive admirer of the Dutch international star who moved to Southampton in August.
And Hartson reckons he will prove to be the best transfer deal this season.
The Welshman said: “I have been very impressed by Van Dijk, especially when you consider the fortunes clubs have paid for centre-halves in the summer.
“He cost the Saints £13million from my old club Celtic and this guy is going to prove to be an absolute bargain. 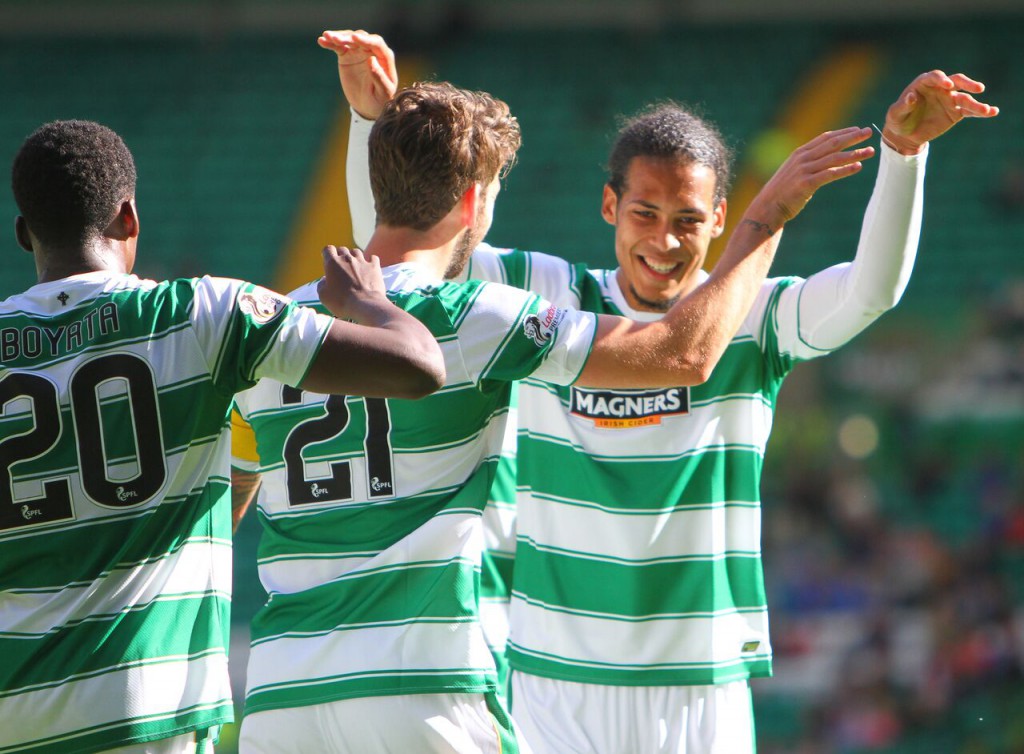 “I watched him against Bournemouth at the weekend when Southampton won 2-0. He didn’t put a foot wrong all day.
“He smells danger. He is quick and aware and reads the game so well. He came under a bit more pressure in the second-half when Bournemouth were excellent and did everything apart from score a goal.
“His decision-making was sound and I thought it was a good performance.
“He was hitting lovely 60-yard passes to show that, technically, he could also do those sort of things.”
Van Dijk was bought by ex-boss Neil Lennon from Dutch outfit Groningen in June 2013 for £2.6million.
Ronald Koeman took the classy 24-year-old defender to the Premier League side in a deal that will rise to £13million – which is still £4.5million short of the fee Chelsea were willing to pay Everton for John Stones.
Van Dijk has settled in well to his new surroundings and the team have now gone on a five-game unbeaten run in the league.
He said: “I enjoy it every day here – the training and the games. It’s an amazing place to be and I got a warm welcome when I came which was very nice. I am delighted to be here.
“I know you can’t make mistakes, otherwise you get punished for them and that’s a good thing.
“I’m enjoying every game playing against the best players in the world, so it’s very good.
“I think with the quality we have in the team we need to keep going. Next week is a big game for us – Sunderland away – so we need to prepare for it well and be ready.”
Van Dijk became the third player sold by the SPFL champions to Southampton in successive summers raking in £35million in transfer fees.
Kenyan international midfielder Victor Wanyama cost £12million when he left in July 2013 and England goalkeeper Fraser Forster was valued at £10million when he joined up at St Mary’s last summer.
———————————————————————-
After Caesar & The Assassin, published last November by CQN Books, the story continues later this month with THE WINDS OF CHANGE…