STEPHEN WELSH has not been ruled out of Celtic’s Premiership visit to St Johnstone – despite being stetchered off in the 4-0 midweek win over St Mirren.

The 21-year-old central defender was injured in the 68th minute following a late lunge by Paisley striker Jonathan Obika that brought a yellow card from referee Don Robertson.

The game was held up for three minutes while Welsh received onfield treatment to his foot and ankle before it was decided he could not continue. On-loan Shane Duffy came on in his place. 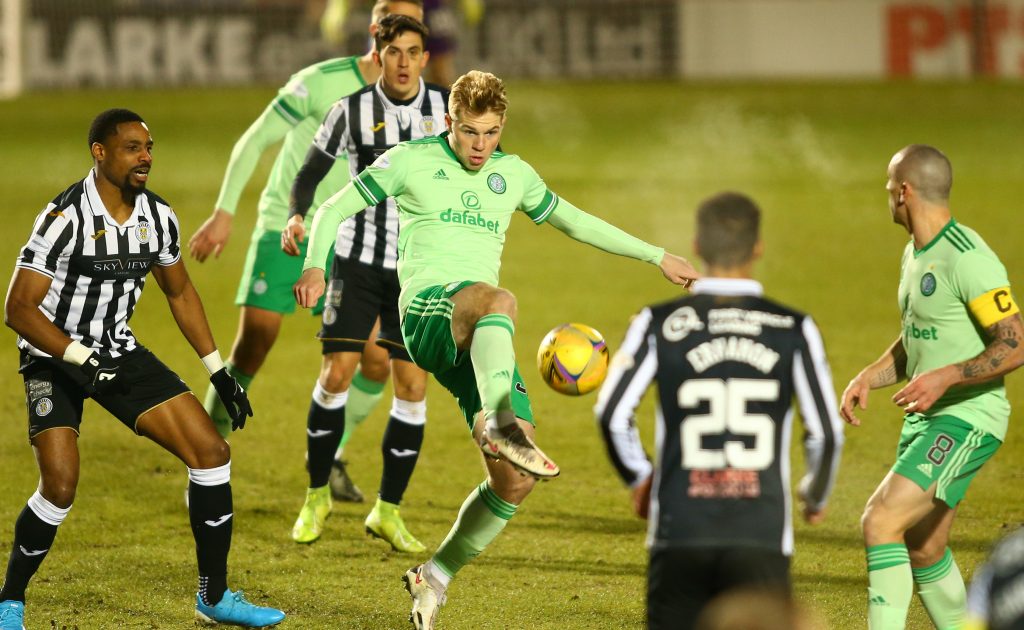 It looked as though the young Hoops star could face a spell on the sidelines after only three games as Kristoffer Ajer’s partner in the middle of the rearguard, wins over Kilmarnock and Motherwell – where he scored his first Celtic goal – and Jim Goodwin’s side.

Welsh hobbled out of St Mirren’s ground wearing a protective boot and was sent for a check-up. The player was relieved to discover there were no breaks or ligament damage, according to a report in the Daily Record.

The versatile defender will be assessed today and tomorrow before Neil Lennon names his squad for the midday confrontation against Callum Davidson’s team in Perth on Sunday.

The Parkhead boss, as reported by CQN after the win, added: “He got a heavy knock, a trauma. We are hoping it is just a bang on the ankle.”