LEIGH GRIFFITHS has hammered out a warning message to AEK Athens: “Don’t write us off!”

But the 27-year-old Scotland international striker is confident Brendan Rodgers’ side can get a positive result in the Greek capital.

He said: “You could say they have the advantage, especially with the away goal, but we, as a team, are more than capable of scoring an away goal.

“Last week we proved that, even under the circumstances with the game at 1-1, we were still pushing for the second goal.

“Given the quality of the squad we have, we are confident that we will score.”

Griffiths added: “Champions League football sets the standard for the season. These ties are never easy. 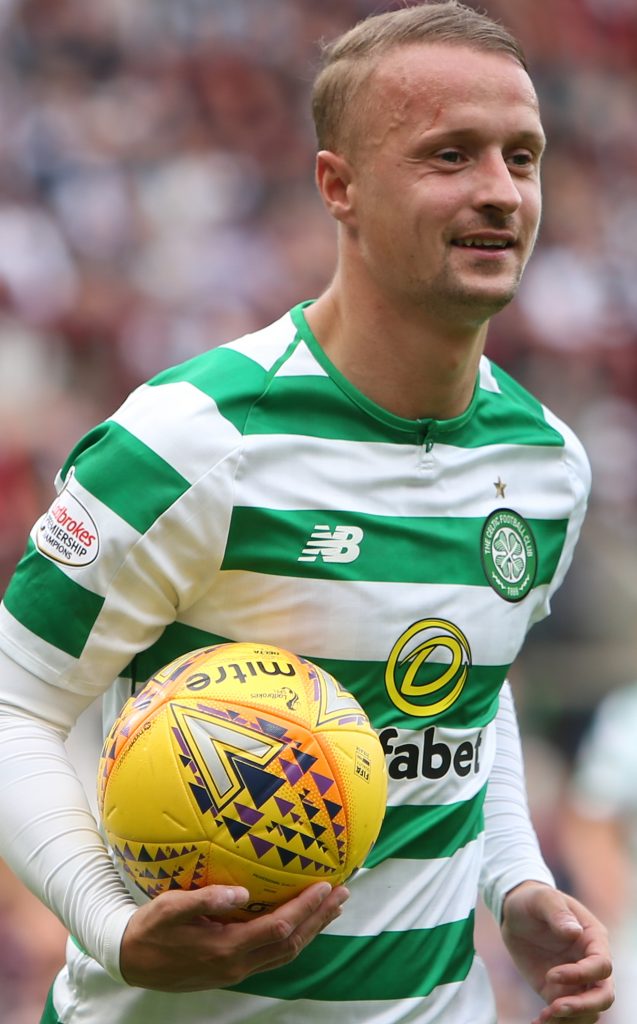 “You’ve seen that in previous years when we’ve tried to qualify and didn’t.

“The last two years we have qualified against teams of a good stature. This is no different. We’ll look to come here and get a positive result.

“We’re under no illusions that it’s always difficult at the start of the season, but we’ve shown over the last couple of years we can qualify under that pressure.

“There’s pressure in every game when you play for this club, regardless of whether it’s the league, Cup, Champions League or Europa League.

“There’s always pressure to get the result from myself, from the manager and from the fans.

“This is a big game, but, with the squad we have, we’re more than capable of getting the result and going through to the next round.”