KRIS COMMONS insists 12-goal Moussa Dembele will be a key man for Celtic at Ibrox on Sunday.

“He knows all abut this fixture now and scored a wonderful hat-trick at Parkhead in the last campaign, which has got to give him confidence.

“It seems like he is over his hamstring problems and is very powerful in his running, not only scoring, but creating goals.” 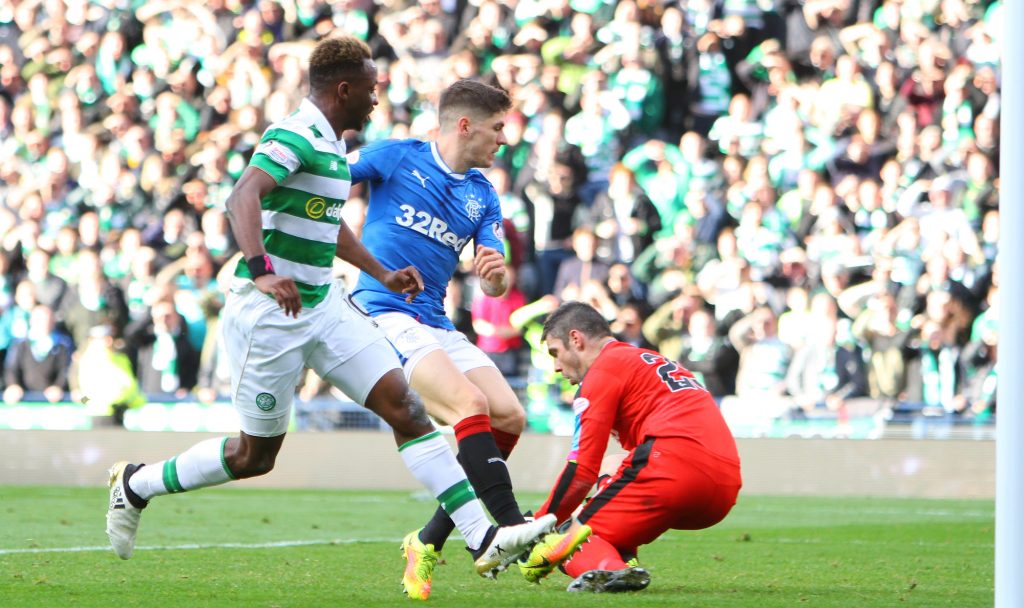 THAT WINNING FEELING…Moussa Dembele slips the ball beyond keeper Matt Gilks for the only goal in last season’s League Cup semi-final.

Commons, who quit football following his release from the champions at the end of the season, also reckons his old club will have to provide some answers in Govan at the weekend.

The ex-Scotland international added: “It has been numerous years since Rangers (sic) have been anywhere near Celtic.

“Going into this game, I think there is an added bit of spice because for once Celtic are kind of under pressure to perform at Ibrox.

“From Celtic’s point of view, they’re going there knowing they can go nine points clear with a game in hand and that’s a massive psychological boost.

“Knowing Brendan Rodgers like I do, he will be going for the win, as will every player in that changing room.

“The disappointment of European football is now long gone and he can concentrate on trying to achieve what no manager has done – winning back-to-back trebles – and this will go a long way to securing that.”