SCOTT BROWN insists Celtic are heading for ‘Perfect Sunday’ as they prepare for the title showdown against Sevco Rangers at Parkhead.

The Hoops skipper is relishing the prospect of the club winning their seventh successive Premiership crown against the Ibrox side.

Brown believes it is the ideal scenario for Brendan Rodgers’ men to wrap up the championship with three league games still to be played.

The 32-year-old midfield powerhouse is looking for his EIGHTH championship winners’ medal since his £4.4million arrival from Hibs almost 11 years ago.

He said: “It would be the icing on the cake. Especially for the fans.

“We had that disappointing result at the weekend, but it means we have a chance to do it on Sunday.” 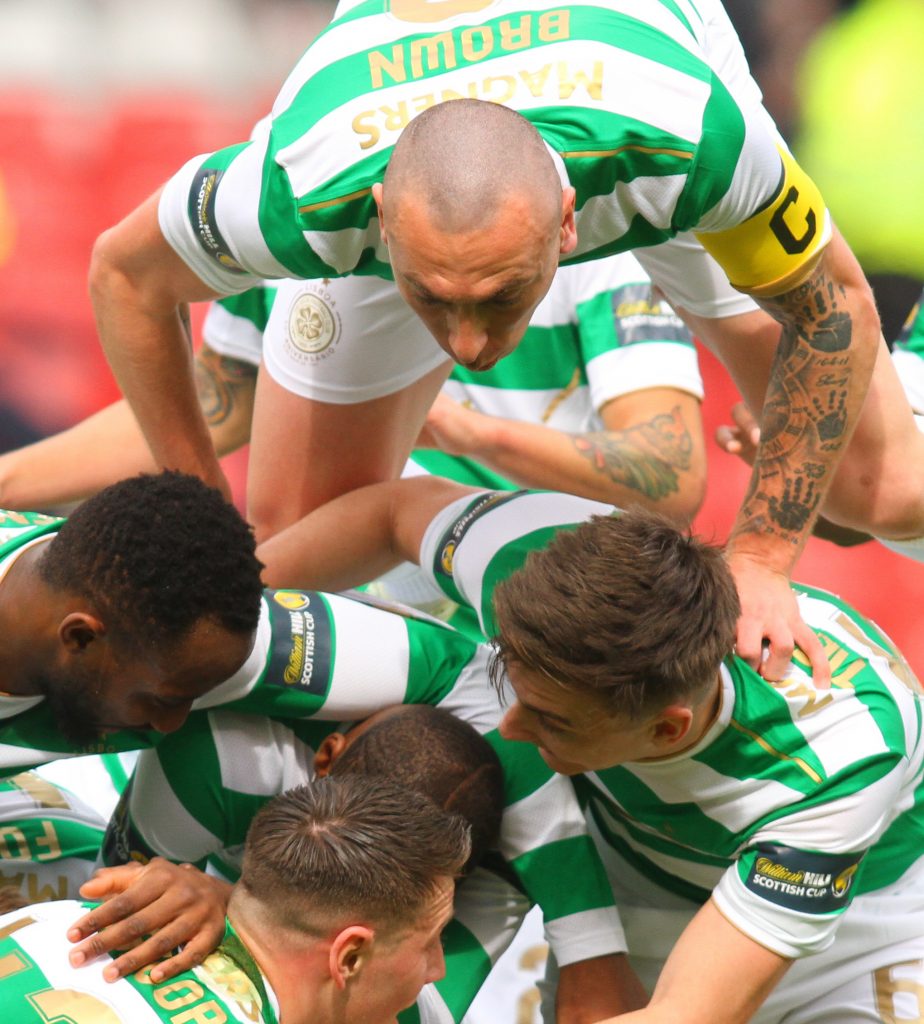 MAN AT THE TOP… Scott Brown joins in the celebrations after Tom Rogic’s opener in the 4-0 Scottish Cup semi-final triumph.

The authorities did their best to avoid a title collision between the Glasgow neighbours, but Hibs’ 2-1 win at Easter Road left the champions still requiring three points to make absolutely certain of the flag.

Brown said: “It was always going to be like that. Probably nobody else apart from Celtic fans would want this to happen.

“But now we have the chance to do it. Here’s hoping we can produce for the supporters.

”This situation happens so rarely, so it does give us an incentive, especially after our  disappointing result in Edinburgh. We really need to show how good we are after a poor performance against Hibs.”

Brown admitted he was feeling under the weather against his old club.

He added: “I wasn’t feeling my best. I got a bug from the kids and it was just 10 minutes too long for me at the end.”