Celtic Quick News on News Now
You are at:Home»Football Matters»CAP CALL FOR 18 CELTS
By CQN Magazine on 5th October 2016 Football Matters
EIGHTEEN Celtic players will represent seven countries during the international break.
Craig Gordon, Kieran Tierney, Leigh Griffiths and James Forrest make up the Scotland quartet for the World Cup qualifiers against Lithuania at Hampden on Saturday and the trip to Slovakia three days later. 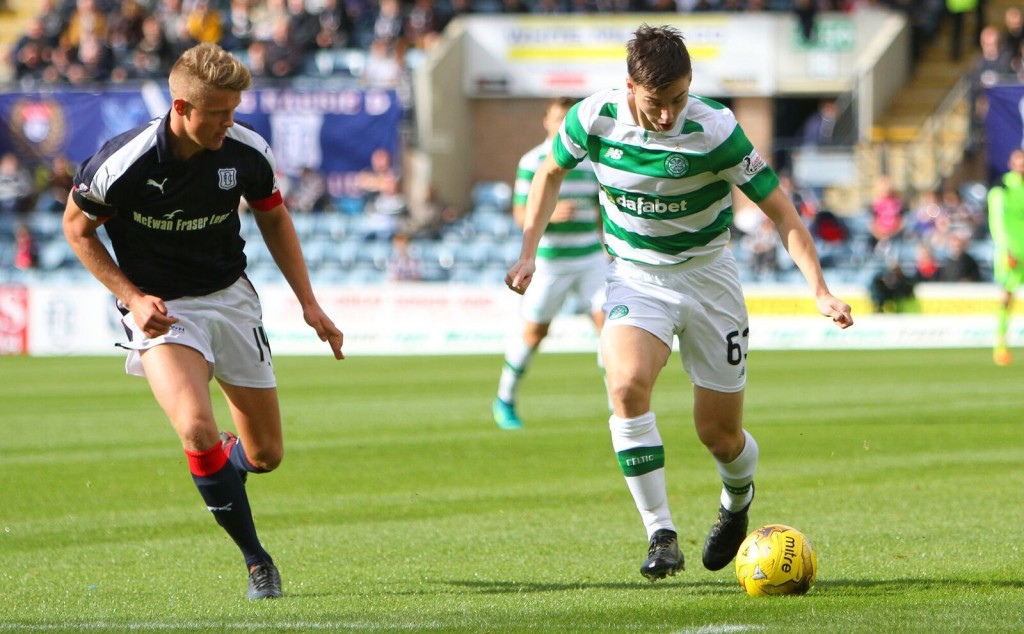 Right-back Mikael Lustig will represent Sweden in their qualifiers against Luxembourg on Friday and Bulgaria on Monday.
Israeli midfielder Nir Bitton has also been picked for his nation as they prepare to take on Macedonia tomorrow and Lichtenstein on Sunday.
Striker, Moussa Dembele, who has scored 12 goals in 17 games since arriving from Fulham, has been chosen in the French Under-21 squad for the first time.
The exciting 20-year-old frontman is in line to face Georgia tomorrow and Northern Ireland on Tuesday.
Midfielders Liam Henderson and Aidan Nesbitt, on loan at Morton, have been chosen for Scott Gemmill’s first games in charge of the Scotland Under-21 team against Iceland tonight and Macedonia on Tuesday.
Centre-half Eoghan O’Connell is in in the Republic of Ireland Under-21 pool for the meeting with Serbia on Friday while keeper Conor Hazard could play for the Northern Ireland Under-19 team against Slovakia tomorrow, Macedonia on Saturday and Poland on Tuesday.
The Scotland Under-19s called up PJ Crossan, Ross Doohan, Regan Hendry, Mark Hill, Calvin Miller and Anthony Ralston for last night’s 2-0 win over Sweden in the Challenge Game in Edinburgh. Hill scored the second goal after Hibs’ Oli Shaw had opened the scoring two minutes after the interval. The young Scots face the Swedes again tomorrow.
Norwegian midfielder Kristoffer Ajer is likely to play for his nation’s Under-19s against San Marino tomorrow, Romania on Saturday and Holland on Tuesday.