CARL STARFELT has been recalled by Sweden – after 17 months in the international wilderness.

The defender has been recognised again after impressing head coach Janne Andersson with his recent performances for Celtic following his £4.2million arrival from Russian giants Rubin Kazan in July.

Four times-capped Starfelt has joined the raft of Hoops stars who will be involved in action for their national teams when the Swedes take on the Czech Republic in their crucial World Cup semi-final play-off a week tomorrow, according to a report in the Daily Record. 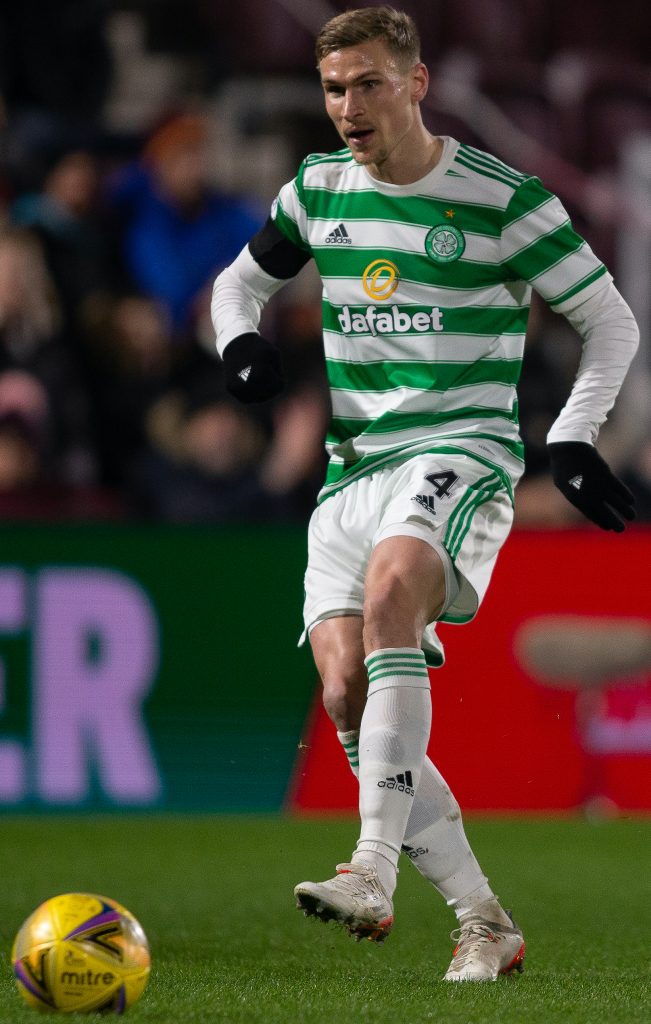 BEST FOOT FORWARD…Carl Starfelt has played himself back into Sweden’s World Cup plans.

The 26-year-old centre-back had a torrid baptism to his career at Parkhead, but he has recovered and is now Ange Postecoglou’s preferred partner to play alongside Cameron Carter-Vickers in the heart of the rearguard, despite Christopher Jullien showing welcome signs of return to fitness after his 13-month injury lay-off.

Earlier today, Daizen Maeda and Reo Hatate had learned they were in the Japan squad for the qualifiers against Tom Rogic’s Australia and Vietnam while skipper Callum McGregor and Greg Taylor will be involved in Scotland’s double-header, starting with the friendly against Poland at Hampden next Thursday and either Austria or Wales the following week.