The Scotland international centre-back left the Hoops in June after making 30 appearances and scoring two goals on loan at the Belgian club.

They took up the option to make the deal permanent and landed the 26-year-old defender for £1.5million. The Parkhead outfit will be due a percentage of the profit of the sell-on fee and can expect something in the region of £700,000 as their cut.

Hendry cost £1.2million when Brendan Rodgers brought him from Dundee in January 2018, but failed to settle and first team appearances were rare. 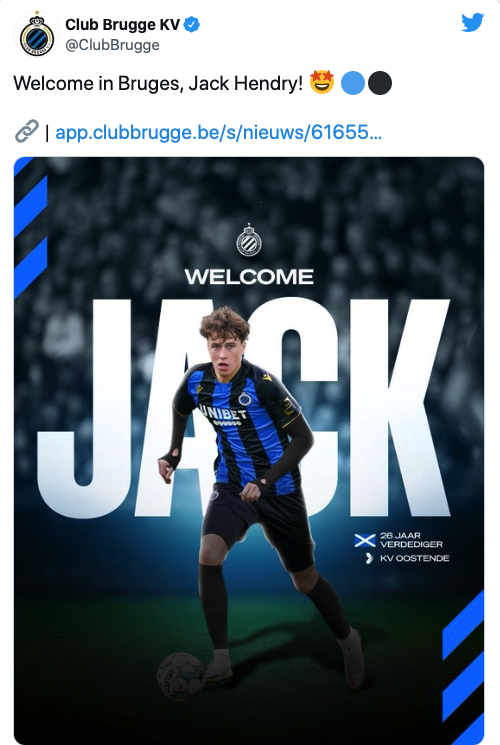 The former Partick Thistle and Wigan utility star, who has been capped seven times by his country, is currently preparing for the World Cup triple-header against Denmark, Moldova and Austria with the first game due in Copenhagen tomorrow night.

Last season, he was voted the best defender in Belgium and drew enquiries from Burnley, Southampton and Sheffield United, but he has now elected to join title-winners Brugge, according to the Daily Mail.