Celtic Quick News on News Now
You are at:Home»Latest News»CELTIC JOB: ‘I’M IN A STRONG POSITION,’ INSISTS LENNY
By CQN Magazine on 16th May 2019 Latest News

NEIL LENNON insists he is in a “strong position” to become Celtic’s full-time manager – even if the team fail to complete the phenomenal treble treble.

The caretaker gaffer and the players have been under fire for a feeble performance at Ibrox at the weekend where they lost for the second time at the venue this season.

But Lennon, who replaced the departing Brendan Rodgers in February, reckons some fans have forgotten his record at Parkhead, on the pitch and in the dug-out.

The 47-year-old Irishman, speaking to BBC, said: “There’s no evidence to suggest I can’t take the job on.

“I’ve been here since 2000 as a player, coach or manager and in that time, Celtic have won 14 league titles and I’ve played a part in 10 of them, so I think I know how to win titles here. That gets overlooked.

“If we win the Scottish Cup, that’ll be my seventh Cup.

“Any time we lost the league that I’ve been involved in, it was on the last day of the season. Any time we’ve won the league, we’ve skooshed it.”

Lennon continued: “I never said I wanted [the manager’s job]long term. My contract here expires at the end of May and after the Cup Final I’ll sit down with whoever and that’s always been the case.

“Nothing has changed, despite all the speculation whether I’m getting the job, whether it’s Rafa Benitez, Jose Mourinho, Slaven Bilic or whoever. 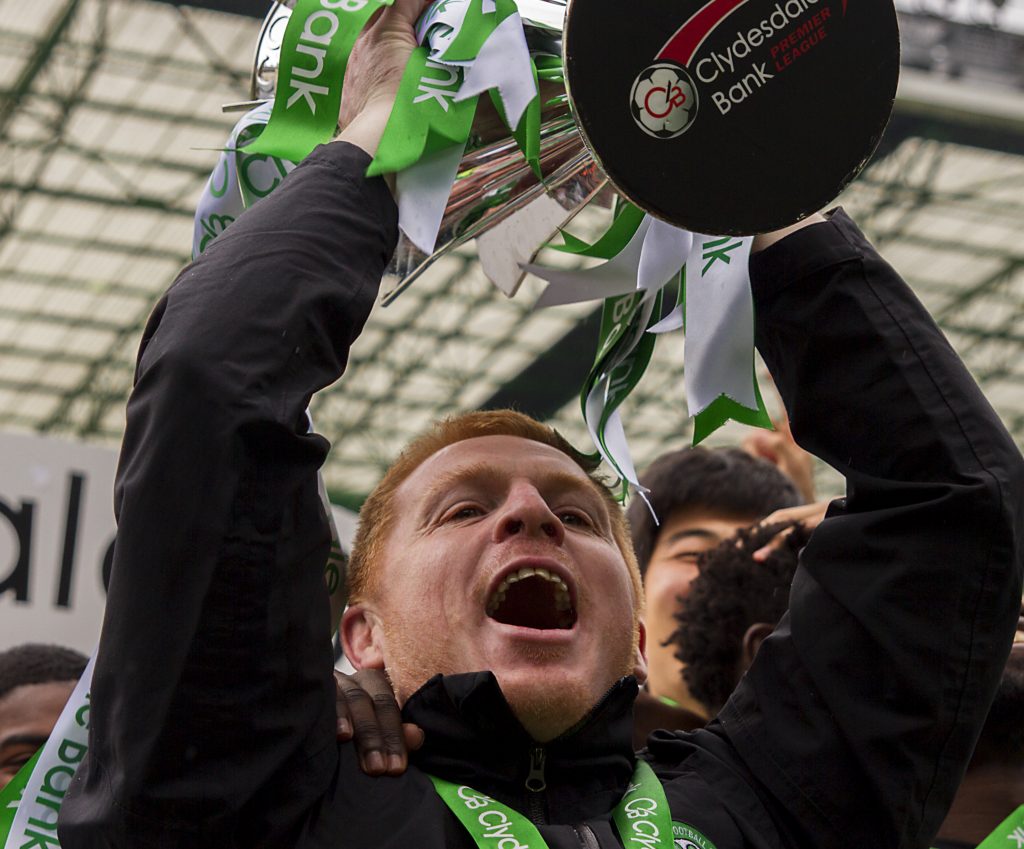 THAT TITLE-WINNING FEELING…Neil Lennon with the 2012 trophy.

“As far as I’m aware, the club aren’t speaking to anybody until after the Final. I’m in a strong position anyway.

“I’ve got the big one out the way and now the Cup is very, very important. Not for me, but for the players.”

The Hoops’ two worst displays of the campaign have been at Ibrox where they have been out-thought and outfought and have rarely troubled the opposition keeper in three hours of football.

Celtic’s solitary opportunity on a day of firing blanks on Sunday came seven minutes from the end and was totally fluffed by Oliver Burke who couldn’t put the ball in the net from eight yards with only Wes Foderingham to beat.

Lennon added: “In modern football, there’s a furore after one game. You just have to keep a lid on it and keep calm.

“We played with the handbrake on. No question, we deserved to lose the game, but it’s not terminal by any means. 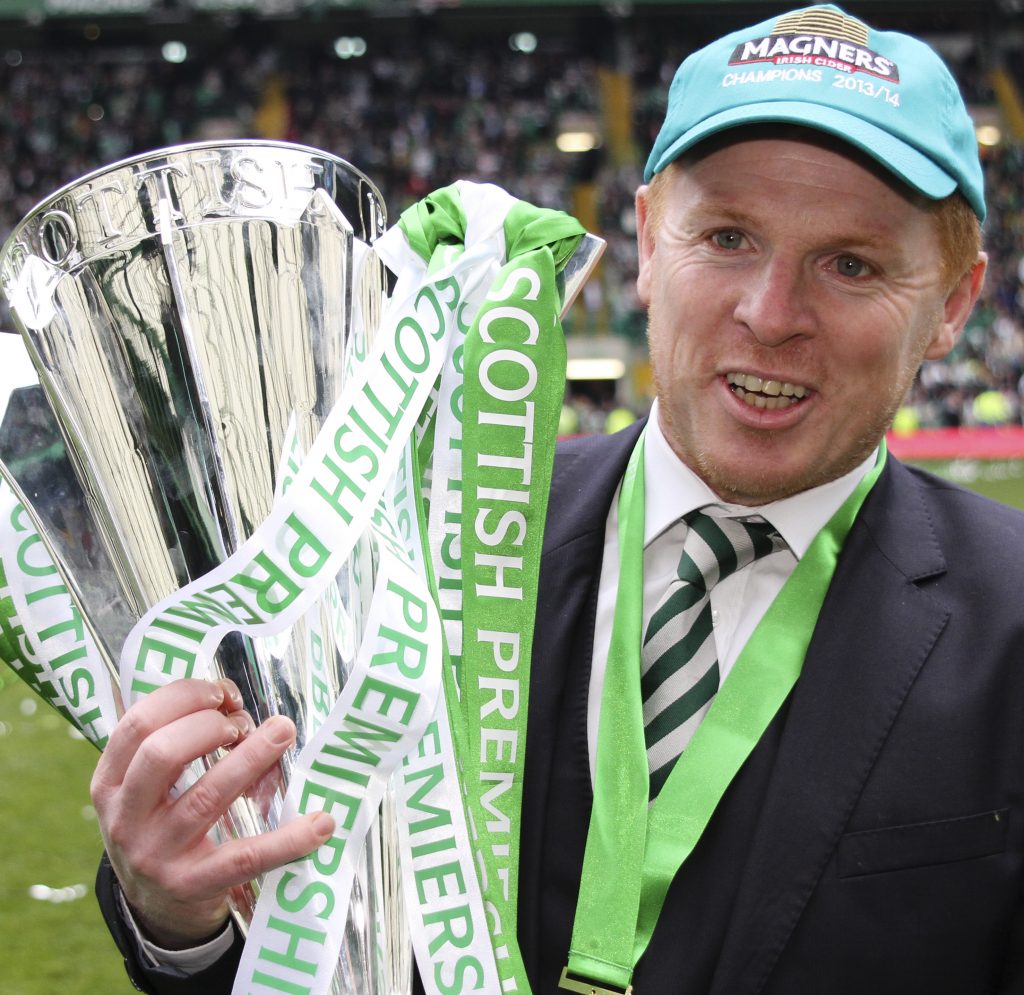 THAT TITLE-WINNING FEELING…Neil Lennon with the 2014 trophy.

“They’ve won two trophies out of two and they’ve got the possibility of winning the third one for the third year in a row. What more can the players do? Really, sit back and think about it.

“For some reason there’s been a bit of negativity around the place, whether it be the expectation level of this team or unrealistic expectation at times from the supporters.

“All these people criticising, whether it be me, the board, or the players, take a step back and go: ‘You know what, this is pretty special, pretty special’.”