Celtic Quick News on News Now
You are at:Home»Football Matters»CENTURIAN GORDON’S HAMPDEN TARGET
By CQN Magazine on 15th April 2016 Football Matters
CRAIG GORDON aims to celebrate becoming a Ton-Up Bhoy with a Scottish Cup semi-final triumph against Sevco at Hampden on Sunday.
The Scotland international keeper will make his 100th appearance for the Hoops in the sell-out Glasgow derby at the national stadium – only two years after his career was in jeopardy. .

Gordon wants to enjoy a memorable occasion as Ronny Deila’s side bids to move closer to a domestic double this season. 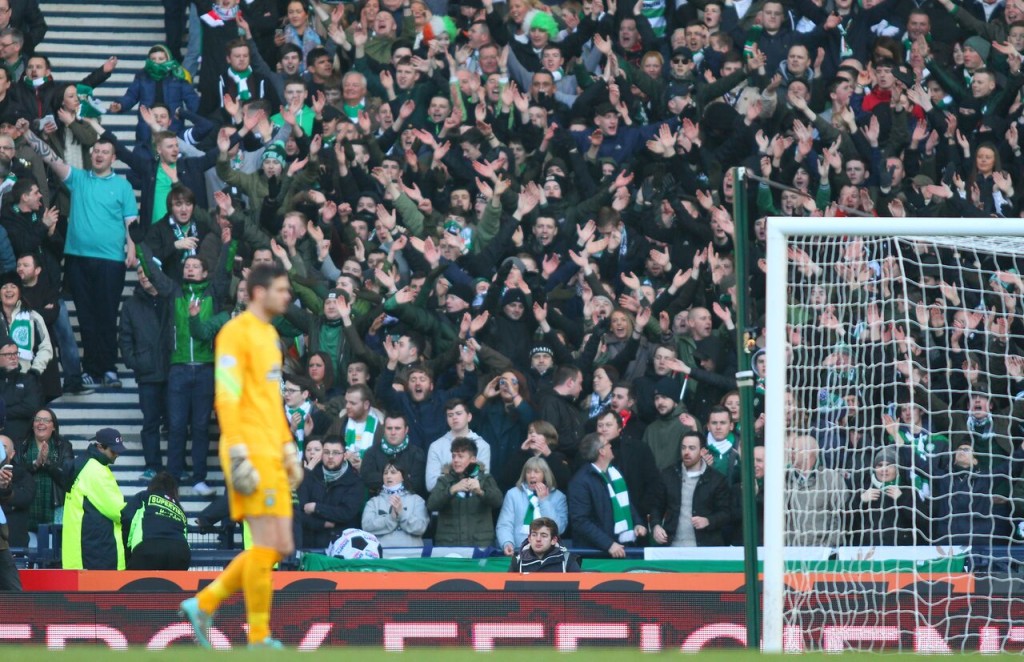 The 33-year-old shotstopper said: “It’s a good achievement to get to 100 already as it’s not even two seasons into my time here.

“I’ve played a lot of games in a short space of time, so it’s something to be proud of, especially from where I’ve come from. I’m happy with that, but let’s hope I can mark that occasion with a good result.

“That’s what we’re aiming for and that’s what I’d like to see at the end of it. Regardless of what game it is, you want to go to Hampden and win. It would be nice to be able to look back on my 100th game and have a victory behind me.”

Gordon is positive the Hoops can emerge victorious to set up a final showdown with Dundee United or Hibs on May 21 and bring down the curtain on a triumphant campaign with the league and Cup successfully delivered to the Parkhead trophy room.

He said: “I don’t think form matters. It’s all about who plays on the day.

“We’ve been to Hampden and played in semi-finals and not got the right result we wanted over the last couple of years, so we know we have to go there and perform.

“You just enjoy it and don’t think about it too much. It’s a game of football and it’s certainly one that we want to win.

“I enjoy the pressure that it brings and the derby aspect is something that, no matter what club you’re playing for, is the biggest game, so I look forward to it and, hopefully, we can get another win.”

* Gordon was talking to Celtic TV.