Celtic Quick News on News Now
You are at:Home»Latest News»‘DISAPPOINTED WITH THE LACK OF QUALITY,’ LENNY
By CQN Magazine on 2nd February 2021 Latest News

NEIL LENNON didn’t hold back with his scathing comments on the performance of his Celtic players in the dismal 2-1 loss against St Mirren at Parkhead at the weekend.

It was the Hoops’ first league defeat from the Paisley outfit in THIRTY-ONE years in the east end of Glasgow and the manager, quite rightly, was far from convinced with what he had just witnessed.

There have been a few disappointing displays in a campaign that has come off the rails, but the tame surrender against Jim Goodwin’s visitors was one of the worst capitulations by the nine-in-a-row champions. 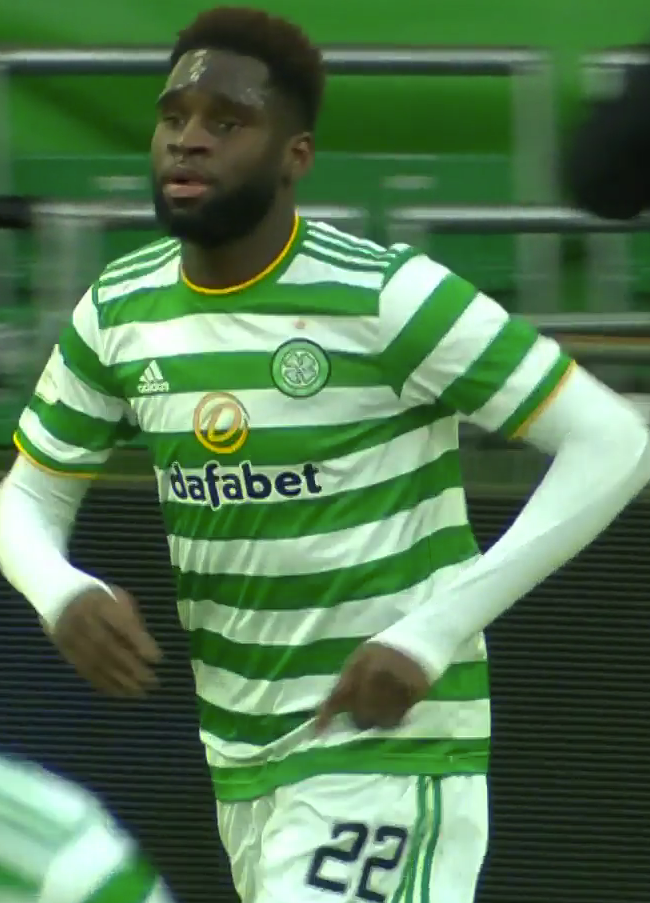 JUST NOT ENOUGH…Odsonne Edouard runs away after scoring the equaliser – but the Saints came back to win.

The dreams of the historic ten successive championships have been buried under the rubble of mediocrity which left Lennon admitting he has felt let down by some of his players.

The team, who realistically only have the Scottish Cup to aim for following a disastrous campaign, go into Premiership action once more against Kilmarnock at Rugby Park this evening.

Lennon is demanding a better level from his team and, speaking to the media, said: “The bottom line is the players can play better.

“I’ve got a lot of faith in them, but I was really disappointed with the performance at the weekend. It’s not up to the standards that we ask of them and the performance we know they can produce. I don’t think the players would disagree with that. either.

“You’ve got to have professional pride, so I’m looking forward to a reaction. I was disappointed with the lack of quality and the lack of connection between facets of the game and within the team. They have it in them, there’s no question of that, they just need to find a rhythm of playing well and winning games.

“We need to find solutions for them and that needs to happen quickly.”

Lennon added: “We know the performances haven’t been good enough. We know there have been mitigating circumstances for that beforehand, which made Saturday’s performance more disappointing.”