NEIL LENNON acknowledged he had hit to hit the ground running when he accepted the challenge to return to Celtic in February following the sharp exit of Brendan Rodgers.

A crucial Premiership visit to Hearts at Tynecastle awaited a day after his arrival and a weekend trip to Easter Road to take on Hibs in the Scottish Cup quarter-final was also on the agenda for the comeback Bhoy.

It’s history now Lennon won both games in the capital and the Hoops went on to lift the trophies at the end of a dramatic campaign.

And the Irishman got the team over the line again as he lifted his third piece of silverware in 10 months at the weekend when the Betfred League Cup was won with a show of resilience and defiance at Hampden.

Callum McGregor has played a monumental role in the continued success of the team – and he took time off to praise the dogged determination and relentless drive for success of his manager.

The midfield anchorman, speaking to the Daily Record, admitted: “Oh yeah, he’s shown that in abundance. He had such a big task when he came in.

“But he’s a winner, he handled that – and he galvanised the group when it happened. Think about it. He came in and was asked to win two trophies. And he did that.

“Now he’s added another, on a day when people were maybe looking at him and asking if he could do it.

“He shows that winning mentality within the group. You can see in the performance of players exactly what the manager is.

“And all the other tactical side of stuff, the backroom staff are unbelievable – and he’s a massive part of that every day.

“All his attributes were shown in that performance on Sunday.” 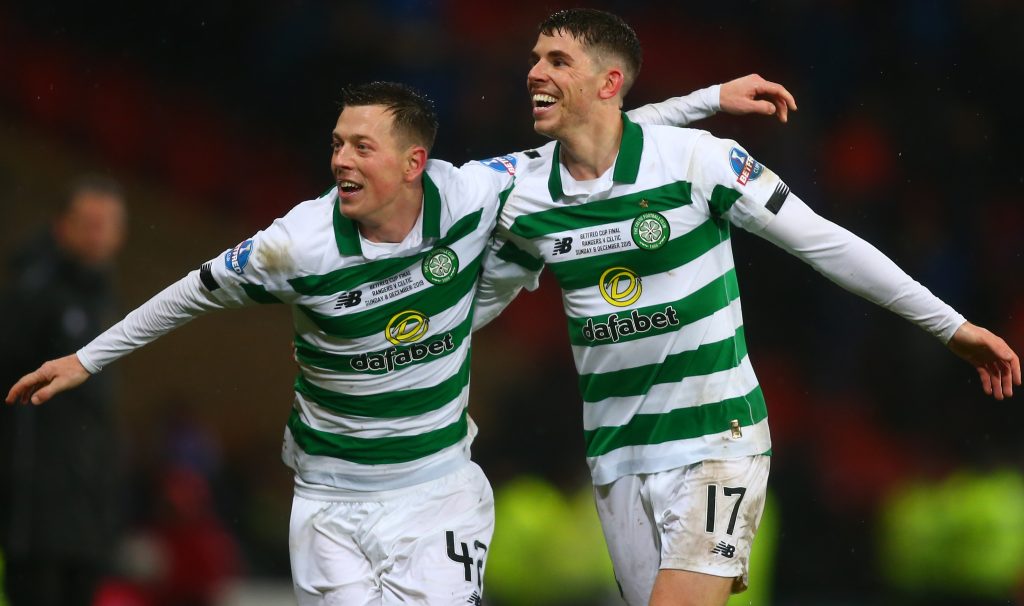 TWO OF A KIND…Callum McGregor and Ryan Christie celebrate the Hoops’ latest success.

The eight-in-a-row champions had to dig out the victory at the weekend and had Fraser Forster to thank for a performance that proved to be unbeatable. There was just no way the towering keeper was surrendering a goal on this occasion.

McGregor continued: “The manager’s standards are super high every single day. He comes out to training and, if one or two are off, he stops it.

“And he is the man who steps in and makes that happen. Straight away, he gets everyone back on it.

“Those are the standards he drives every day, along with Broony and certain other ones. That showed in our willingness to win against Rangers.”

McGregor is no stranger to success against the Ibrox outfit who have managed a mere two wins in 17 games in which he has faced them.

He has been involved in five-goal trouncings of their Glasgow rivals and has scored at Hampden and at Ibrox, but he rated the most recent success as being supremely satisfying. 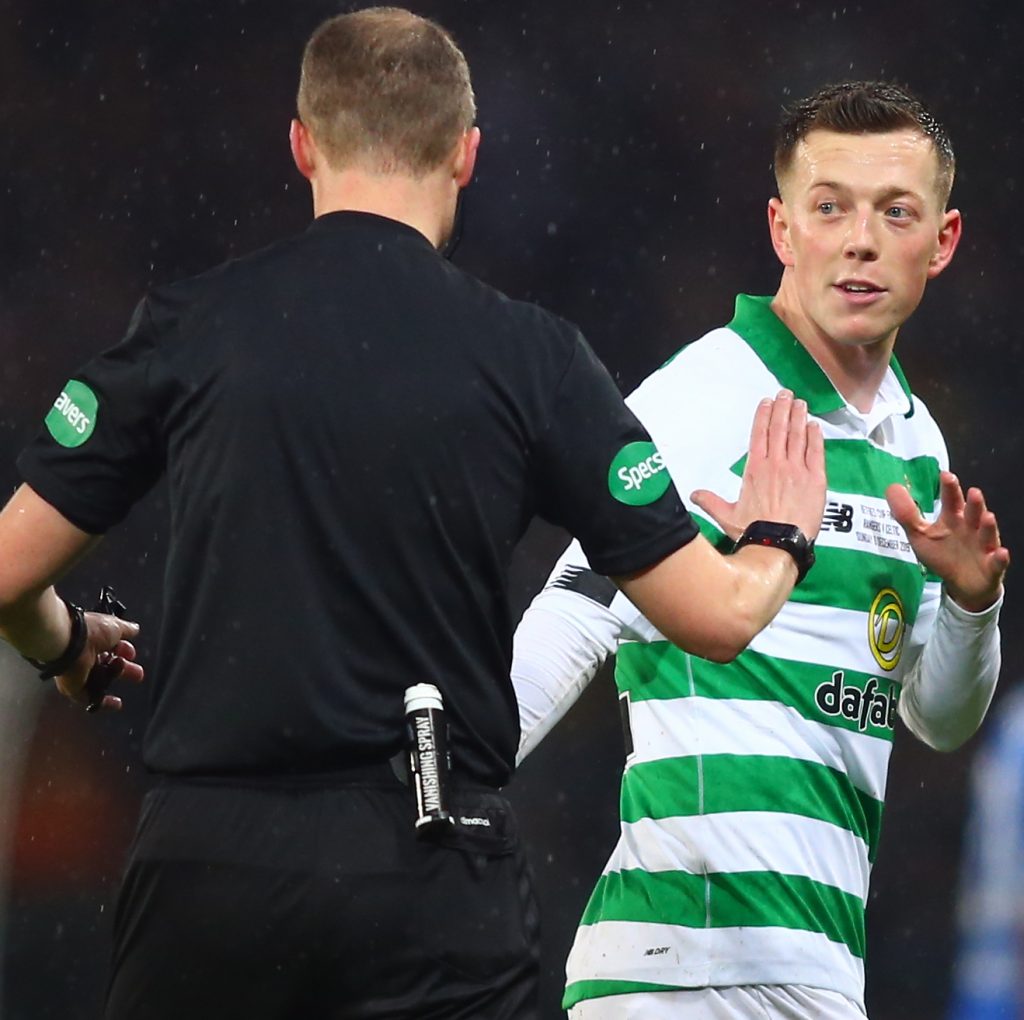 WHISTLE STOP…Callum McGregor has a chat with referee Willie Collum.

He added: “That’s the top one, in terms of pure endeavour to win the game, that will to win, the boys sticking together, the big man, Fraser Forster, making some huge saves – and obviously there being a trophy on the line.

“All these other games, it’s been three points, the league has maybe been tight.

“But on Sunday we knew the pressure was massive on us. We had to keep this run going.

“Because Rangers hadn’t won a trophy for so long, it meant so much to them. But I think all the pressure was on us. We had to stop them winning.

”We’ll probably get to many more finals and never play that badly again.

“But it shows the character in this team. The treble treble probably gets overlooked because we’ve been so dominant.

“But, even within that period, we had difficult moments in the Cup Final against Hearts – and still came through it.

“We’ve shown that, when we’re really up against it, we can pull through.”