The Hoops are lining up yet another temporary move for the six times-capped England international goalkeeper, according to claims in the Scottish Sun on Sunday.

The report insists the Parkhead hierarchy have already opened talks with Southampton about the possibility of a return of the 33-year-old skyscraper shotstopper who made only eight Premier League appearances last season.

A season-long temporary transfer would take Forster into June 2022 when his megabucks deal with the south coast club comes to an end and he will be able to walk away for nothing. 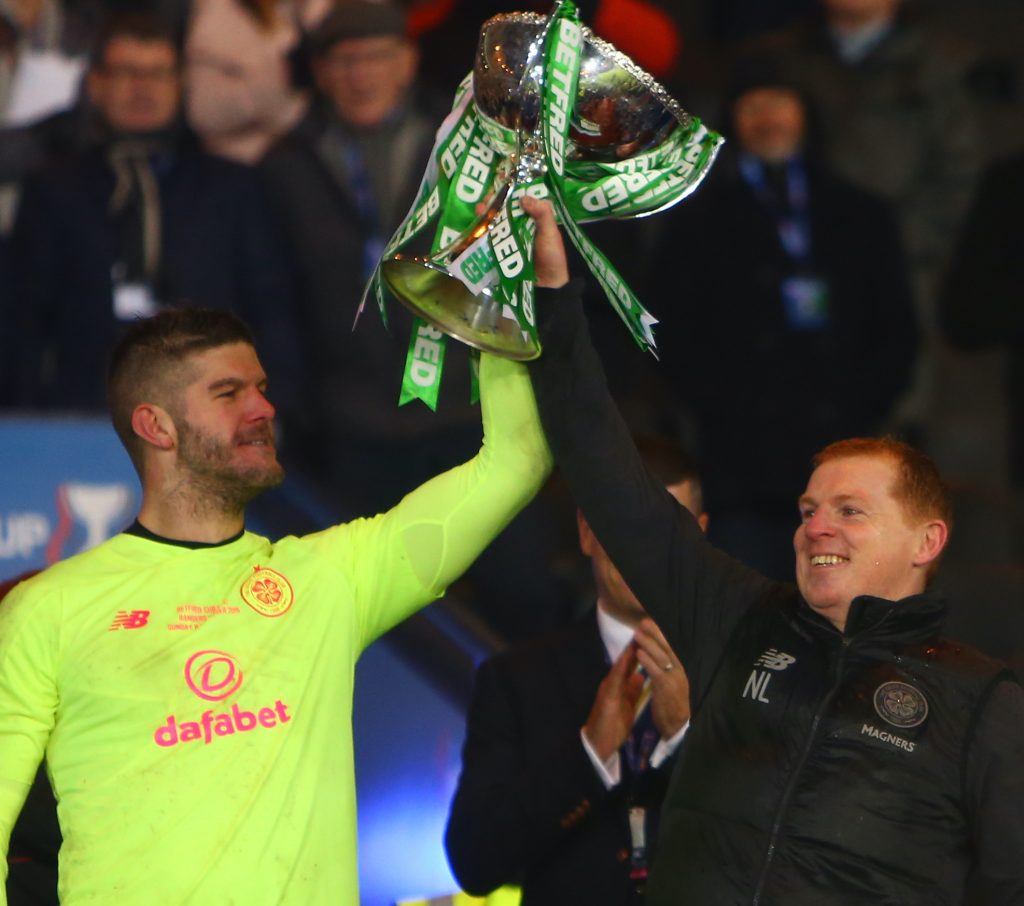 The netminder is picking up a staggering £3.6million-per-year in wages – £72,000-per-week – and Celtic would have to pick up a fair percentage of that income to tempt his club to allow him to go on another loan. That would also include a fair-sized loan fee such as the £2million that was agreed with Brighton last summer to bring in centre-back Shane Duffy.

The St Mary’s outfit may prefer to sell the keeper whose value will plummet as he enters the final year of his term.

Ange Postecoglou has already utilised Vasilis Barkas, Scott Bain and Connor Hazard in his four pre-season games and is likely to give the nod to the Greek, a £4.5million arrival from AEK Athens last summer, to face FC Midtjylland in the vitally important Champions League second round qualifier at Parkhead on Tuesday night.

Celtic could not find a settled custodian last season and it became their No.1 problem position after Forster returned to his parent club following his successful loan period the previous campaign.

But he snubbed the opportunity of another spell in Glasgow when he admitted he wanted to challenge Alex McCarthy for the gloves at Southampton.

Forster’s outings were few and far between and yet another stint at Parkhead could be tempting.

However, the money will have to be right for the keeper and his parent club if the Hoops are to be successful in their quest to lure him back to Scotland one more time.